Scan and print anything from your phone

There’s almost nothing you can’t do from your phone these days. 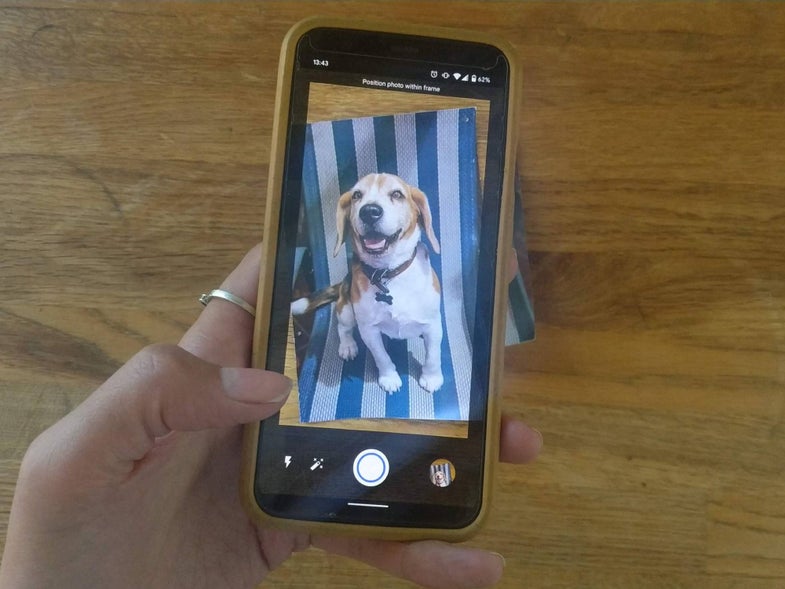 That photo of your pup deserves to live forever in the cloud. Sandra Gutierrez G.
SHARE

This post has been updated. It was originally published on 03/14/17.

Scanning and printing aren’t as flashy as augmented reality apps and smartwatches, but these oft-forgotten bridges between digital and analog are very much a part of the smartphone era.

Whether you need to scan important documents and save them to the cloud, or print out a report for the head of your department, the right apps can help you easily handle these tasks from your iPhone or Android device.

The best part is: you won’t even need to open your laptop.

Scanning from a phone

The camera attached to your smartphone can easily double as a scanner. You might not get the high-resolution, pixel-perfect copies you would from a real flatbed gizmo, but when it comes to scanning simple documents and forms, mobile cameras are usually more than capable.

You can simply snap a picture using your phone’s default camera app and store it in a folder you created for your scans, or you can get some specialized help. Several apps have evolved to handle this process for you, and added image optimization so your scans look as good as possible.

This is the case with Google’s PhotoScan (available for Android and iOS), which is probably the best approach if you’re digitizing images, maybe from an old album. When it comes to general documents, though, Dropbox for iOS and Android is perhaps the best tool for the job. Tap Create on iOS, or the large plus button on Android, and then Scan document. If you need to, you can combine multiple pages before the app wraps them up as a PDF file and automatically saves it to your Dropbox account.

Google Drive can scan documents too, but the feature is unfortunately only available in the Android app. Tap the plus button and then Scan to digitize your papers using the camera on your device. As with Dropbox, you can combine multiple pages in one PDF file.

On the iPhone side, the built-in Files app has a scanner, too. Tap the three dots up in the corner and pick Scan Documents to get started. You can also import files into the Notes app by tapping the camera icon and then Scan Documents when you’ve got a note open.

[Related: This huge Xerox printer can create metal parts for the US Navy]

Microsoft has its own entry in the field in the form of Microsoft Lens for iOS and Android. As with the other platforms, this app can quickly and easily scan documents through your phone’s camera, and stitch several pages together in one PDF file. As you would expect with a Microsoft product, OneDrive will be the default save location for your scans, so you can also access them from other devices connected to it.

If you’re having a hard time deciding on one app over another, check if the ones you’re considering support full text search, sometimes called optical character recognition, or OCR. All the tools we’ve mentioned above support this feature, but in the case of Dropbox you’ll need to be on a paid plan to use it.

Printing from a phone

This is easier than you might think, even with the recent demise of Google Cloud Print. Perhaps you haven’t noticed the change, but printer manufacturers have taken note on just how much we use our smartphones, and now many new models come with support for iOS and Android built right in.

If you’ve recently bought a new printer and it connects to your home Wi-Fi network, chances are that your phone can see it too. Open up the file you want to print and tap the share button (it looks like a less-than sign on Android, and an arrow pointing up out of a box on iOS), then pick Print to see if any printers are in range.

When using an iPhone, you’ll need a printer that works with the Apple AirPrint technology. The company has published a full list of AirPrint printers, but it’s not clear how up to date it is, so it might be a hit or miss. Android doesn’t need compatibility with any specific protocol, but if you’re in the market for a new printer, it’s still worth checking if it’ll play nice with your gadgets at home.

If all of this fails, a lot of printer manufacturers offer free apps for sending files from a mobile device to their hardware. There’s HP ePrint and Canon Print, for example, and they let you beam files and images to their respective printers from any app on your phone.

[Related: 3 things you probably didn’t know a printer could do]

These apps, along with Android and iOS native functionalities, have printing well covered, so it’s unlikely you’ll need a third-party app. There are options out there, if you want to check them out, but at this stage most of them are getting out of date, or simply run on top of the features already available on iOS and Android.

Printing without a printer

If you don’t have a printer at home (and don’t plan on getting one any time soon), you can find platforms to print pictures and documents and have them delivered right to your door.

If you want to display your images in high-quality print-outs—which home printers are mostly not equipped to handle anyway—apps like Shutterfly, FreePrints, and Snapfish let you place orders directly from your phone. They even give you a certain number of free prints a month so you can make your living room look like your Instagram feed.

Document printing isn’t quite as well catered for, although your options include the FedEx Mobile Office app, and the UPS Store website. They both let you upload documents from your phone and have them shipped to you. Staples stores are another option if your document lives in Dropbox or Google Drive, but you can also check out your local print shop or even your library, as they might offer printing services as well.