Find out just how fast your phone is

Benchmarking is a wonderfully enlightening process. 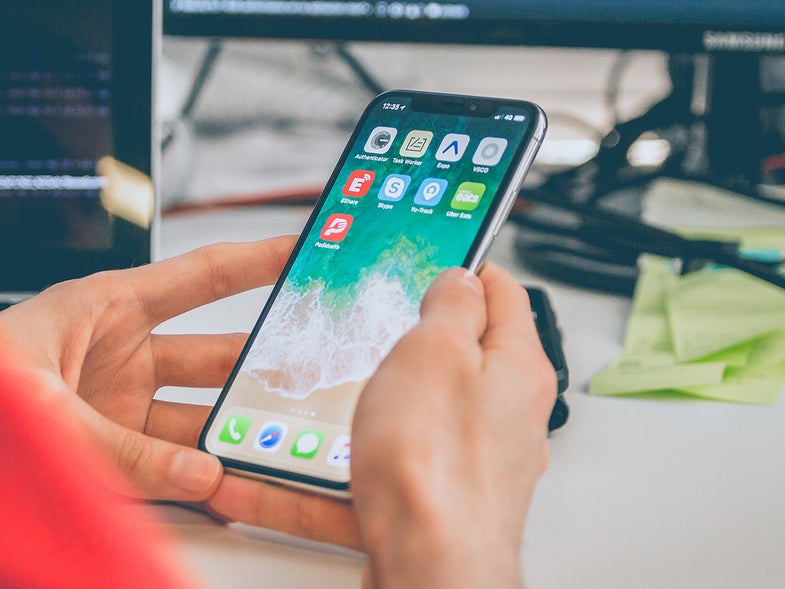 Is your handset doing its best?. Alvaro Reyes via Unsplash
SHARE

This post has been updated. It was originally published on 2/20/18.

After a year or two, your trusty smartphone may not race along at the same speed it used to. You might feel like it has slowed down a little, but you should try a bit of science before you go in for an upgrade based on a hunch. To know for sure whether there’s been a drop-off, here’s how to run some benchmarks and speed tests on your phone—and boost its performance if it falls short.

The basics of benchmarking

Benchmarking has been around for years on personal computers. Benchmarks are tests that measure the performance of different components and compare them against each other. They give computer enthusiasts a way to measure just how much extra performance they’re getting from a processor upgrade or a new graphics card.

There are now also benchmarking apps for phones, which test a handset’s internal components with a series of preprogrammed operations. For example, a browser benchmark might reload the same page 20 times to see how the app copes. A graphics benchmark, on the other hand, might render a complex scene on screen to check how fast the phone can throw everything up on the display.

[Related: Key gadget specs and what they really mean]

While these benchmarks aren’t particularly useful for comparing one phone to another (because each model is built and optimized differently), they can help you track your device’s performance over time. This should tell you if you’re getting the speed and responsiveness you want from your phone.

If you want to jump into the world of benchmarks, you don’t need any particularly technical knowledge: Specialized apps can do the heavy lifting for you. To get a complete picture of your phone’s performance, you’ll want to try a variety of apps. We have some recommendations.

All of the benchmark apps we’ve collected will allow you to log your scores so you can review them later. By regularly putting the apps through their paces, you should be able to track your system’s performance and spot any slowdowns as they happen. You can also compare your scores to those of other users—run a quick web search using the benchmark name and the name of your phone model, if you can’t find these figures in the apps themselves. However, you shouldn’t worry too much about measuring up against any phones other than your own.

Geekbench 5 (free on Android and $1 on iOS) is a well-respected app that focuses on processor speed and graphics. After running a variety of tests, it will present you with a single-core score (how well your device handled a set of tasks with one processor core) and a multi-core score (how well it handled the same tasks on multiple cores). The app keeps a record of your tests over time, so you can check for any degradation or problems in performance. It also lets you weigh your device against others that have been through the same benchmarking tests—even those on other platforms.

The free app 3DMark (for Android and iOS) focuses on games and graphics, demonstrating how well your phone can deal with complex visual scenes and intense rendering. One nice touch is the way it shows you how your phone stacks up against tests run on the same phone model by other users. That should give you a good idea of whether your handset is running as quickly as it should be.

The apps above will provide a comprehensive overview of your phone’s performance. But you might want to test more specific aspects of your mobile experience, such as your web browser and battery.

You can start by running an app that will tell you whether your internet service provider (ISP) is providing the download and upload speeds that it promises. We like Speedtest by Ookla (for Android and iOS) or Fast Speed Test by Netflix (for Android and iOS). Both apps are free, though Ookla lets you pay $1 to remove the ads. As with any benchmark, run the tests two or three times to get an average.

[Related: Find the perfect internet speed for you]

To test more areas of your web browser’s performance, such as how quickly it can render pages or deal with complex web apps, try other benchmarking tools. For example, Basemark is a free and comprehensive benchmarking tool for your browser that you can access via its website. As with other tests, run it on a regular basis to make sure your browser keeps giving you a satisfactory level of performance.

Last but not least, you can benchmark your phone’s battery performance. Of course, you may be able to spot dwindling battery life for yourself without the help of a third-party app—just check how much juice you’ve got at the end of each day. If you prefer battery-testing apps, check out PCMark and GSam Battery Monitor for Android and Battery Testing for iOS (all are free).

Now that you’re familiar with a few benchmark apps, start running them regularly. If, over time, you notice a significant drop in your smartphone’s performance, you can take steps to remedy this problem.

First, the best course of action is to clean up the clutter on your device: Get rid of apps you no longer need, delete photos and videos that have back-ups elsewhere, and maintain a healthy amount of spare storage space. Then run your benchmarks again to see if you need to take further action.

To get your smartphone running at its top speed, you may need to give it a deep cleanse: a full factory reset. This will clear out unneeded apps and any built-up junk data. Although a reset won’t restore your phone to the performance it achieved when it was new—thanks to updates, it now has to deal with a more demanding operating system and apps—starting fresh should at least boost your device back up to an acceptable level.

Before you get started, safely back up all of your files, photos, and videos, because the reset process will wipe them all out. You should also double-check that you know your app and account passwords, as you’ll need them to set up your phone again. When you’re ready, on Android devices, open Settings and choose System, Advanced, Reset options, and Delete all data (factory reset). On iPhones, go to Settings and select General, Reset, and Erase All Content and Settings.

Once you’ve completed the reset, you’ll have to set up your phone from scratch once more. When you do, don’t forget to install a benchmarking tool or two to keep tabs on the system’s performance.