Reap the benefits of technology while still feeling like a traditional scribe. 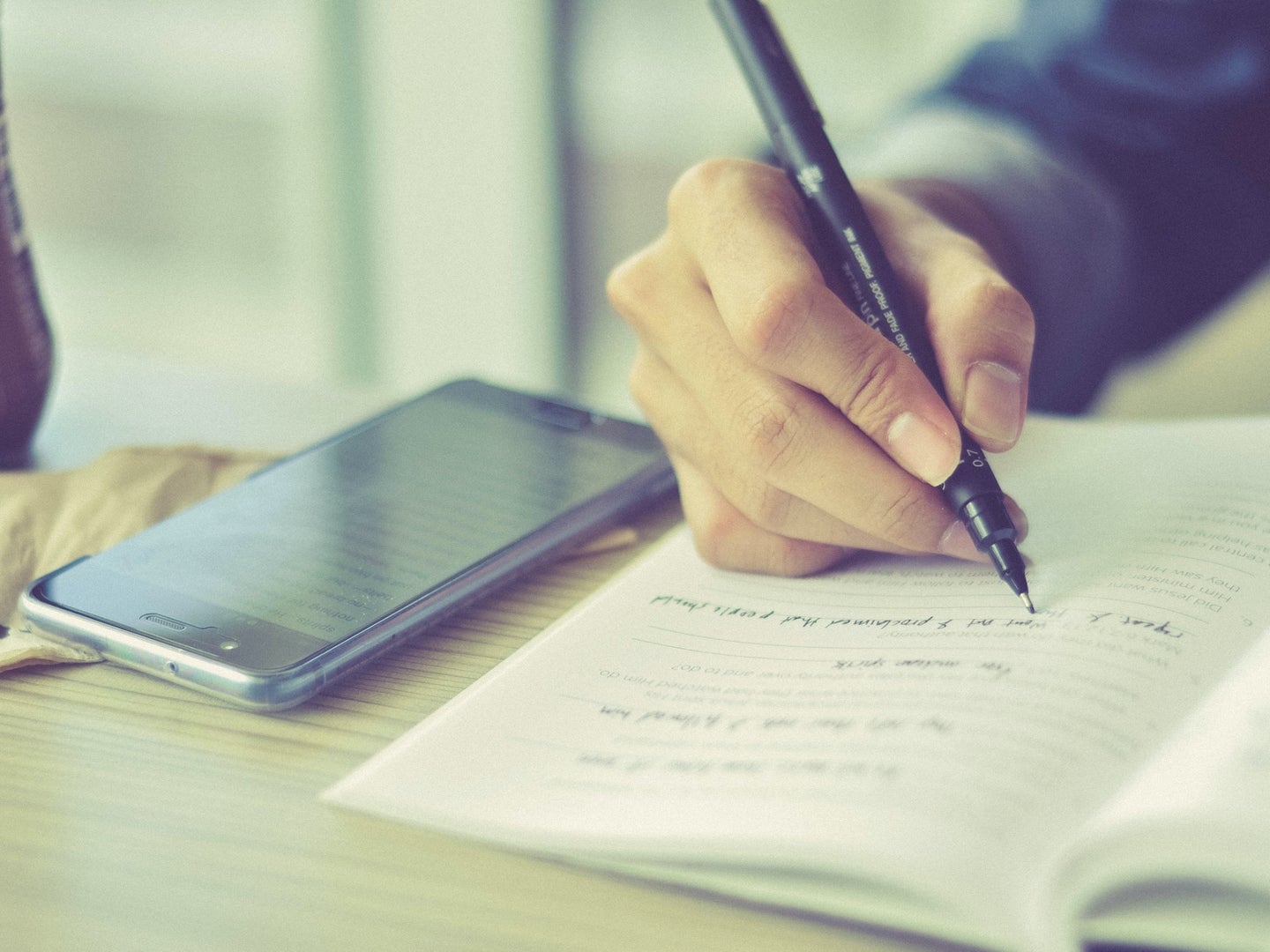 If you love paper but want the organization of digital notes, there are many ways to digitize your handwriting. Chivalry Creative/Unsplash
SHARE

This post has been updated. It was originally published on 12/9/17.

It’s easier than ever to jot down digital notes on computers and phones, but many people still prefer the traditional feeling of writing with ink on paper. (After all, this method served us well for hundreds of years of human history.) The problem is that you can’t organize and search through handwritten notes the way you can with files on a digital device.

Or can you? A number of smart devices offer to digitize your scribblings, either as you write or shortly afterward. In addition to storing images of your notebook pages in electronic form, some of these hardware and software packages actually convert your writings into searchable text. Here are four of our favorite systems for converting handwritten notes to text, along with some simpler app-only solutions.

Notebook maker Moleskine has a three-part system for saving your scribbles: a Bluetooth-enabled pen records your hand motion as you write, special dotted paper (available in a variety of sizes) helps track the position of the pen on the page, and an app (for Android, iOS, and Windows 10) combines this input to create and digitally manage copies of your notes.

The app is smart enough to convert your scribbles into a readable, searchable Microsoft Word file. If you’d prefer to stick with the handwritten version of your notes, you can make their appearance more readable by adjusting the thickness of the ink lines. No matter how you choose to keep your writing, the app lets you organize, tag, and export it to services such as Google Drive, the Apple Notes app, or an email client.

In another perk, you don’t need to keep your phone or computer nearby as you write—the pen alone can store roughly 1,000 pages of notes in its onboard memory. When you do have a chance to transfer this information to the app, the pen’s memory will reset so you can fill it with another 1,000 pages.

All of these smarts come at a price. Together, the notebook and pen cost $260 on Amazon, although Moleskine throws in the apps for free. If you run out of paper, each extra notebook will cost you between $9 and $30 or more, and ink refills have a price of $8 or more for a pack of 10.

The Livescribe system works similarly to Moleskine’s: you write on dotted paper with a smart pen, and an app digitizes this input. However, it gives you more options than the previous system, starting with its two pen models: the Symphony, which syncs with a phone app (for Android or iOS), and the 8GB Echo, which plugs into a computer (either Windows or macOS) with a USB cable.

Both Livescribe pens can save digital notes on their built-in storage until you have time to sync. When you do export your writing, you can do so in the form of PDFs or images.

While they share these abilities, each model has its own advantages. The Symphony ($110 on Livescribe’s website), like the Moleskine pen, has handwriting recognition that can convert your scribblings into text, allowing you to search through your notes for specific words and phrases. You can also automatically sync your files with your preferred cloud storage service. The 8GB Echo ($190 on Livescribe’s website), meanwhile, benefits those who like to keep audio recordings as well as written notes. Not only can it record clips through a built-in speaker, it can play back your written notes in audio form if you tap it against the paper.

When you add the cost of your chosen pen to the cost of a notebook, Livescribe’s overall price winds up slightly lower than Moleskine’s. Its gridded notebooks’ prices start at about $10, or you can print out a free template to make your own dotted sheets. Ink refills will set you back about $7 for a pack of five.

You may recognize the Neo Smartpen N2—Moleskine uses a rebranded version of the pen for its own Smart Writing Set. Both systems will provide the same kind of tracking and technology, but because N Notebooks (the Neo’s version of the required dotted paper) have a price range starting at just under $15, the Neo’s overall cost is slightly cheaper.

Many of the Moleskine Smart Writing set’s features also apply to the Neo. The $169 Smartpen N2 can hold around 1,000 pages of notes. Once you sync them with the app (for Android and iOS), you can tag and organize them, adjust the color and thickness of the ink lines, transform them into searchable text, and share them in formats including GIF, PNG, and MP4 on social media.

Even ink refills have the same cost as they do for the Moleskine system: about $9 for a 10-pack. The big differences come down to which color scheme you want for your pen and which type of notebooks you prefer to write in and carry around.

Graphic design giant Wacom has a slightly different system for digitizing your writing. Instead of buying or printing out a dot-gridded notebook, you simply clip paper to a pressure-sensitive pad that can detect the strokes of a specialized pen. The newest iteration of Wacom’s Smartpads, the Bamboo Folio ($150 to $200 on Wacom’s website), comes in two sizes: A4 (letter) and A5 (half-letter). You may be able to find another version, the Bamboo Slate, online at third-party retailers like Amazon, but it doesn’t appear to be available in Wacom’s store any longer.

To use a Bamboo pad, place some paper over it and scribble away with the pen. Your writing will sync with the app (for Android and iOS). From there, you can export your notes to writing services such as Google Drive, Dropbox, Evernote, and good old-fashioned email.

Like other options on this list, Wacom can also turn handwritten notes into a searchable digital notebook. While your initial purchase includes a pen, refill, and paper, the key difference between the Bamboo Smartpads and the other solutions we’ve mentioned is that you can use any paper you like. While you do need to write with the provided pen, it uses a magnetic system rather than a built-in camera, so it’s slightly lighter than the others on this list.

Apps that can help with digital notes

While smart pens and pads can seamlessly digitize handwritten notes, you don’t need to purchase a pricey gadget to transfer your notes to your phone or computer. All you need is a free app.

Your most straightforward option is to simply photograph sheets of notepaper with your smartphone camera. Transfer these images to your computer through a cloud-storage program like Dropbox, Google Drive, or iCloud, and you can file and organize them however you like. Unfortunately, your camera can’t convert your notes to text. But other apps can.

For example, the note-taking service Evernote (for Android and iOS) can snap a photo of a handwritten page and transform the notes into digital, searchable text. While this option won’t be as clean or error-free as some of the dedicated products we’ve discussed, it does have the advantage of costing $0.

Microsoft’s OneNote performs a similar task: snap a page of scribblings through the app (for Android or iOS), and it will convert your handwriting into text—provided it’s legible enough for the software to understand.

In addition to converting your writing to electronic form, both Evernote and OneNote can help you organize it. You can categorize your digital notes with folders and labels, and export them as text and images to other apps.