The science fiction podcasts every nerd should listen to

To help you ignore your dystopian reality. 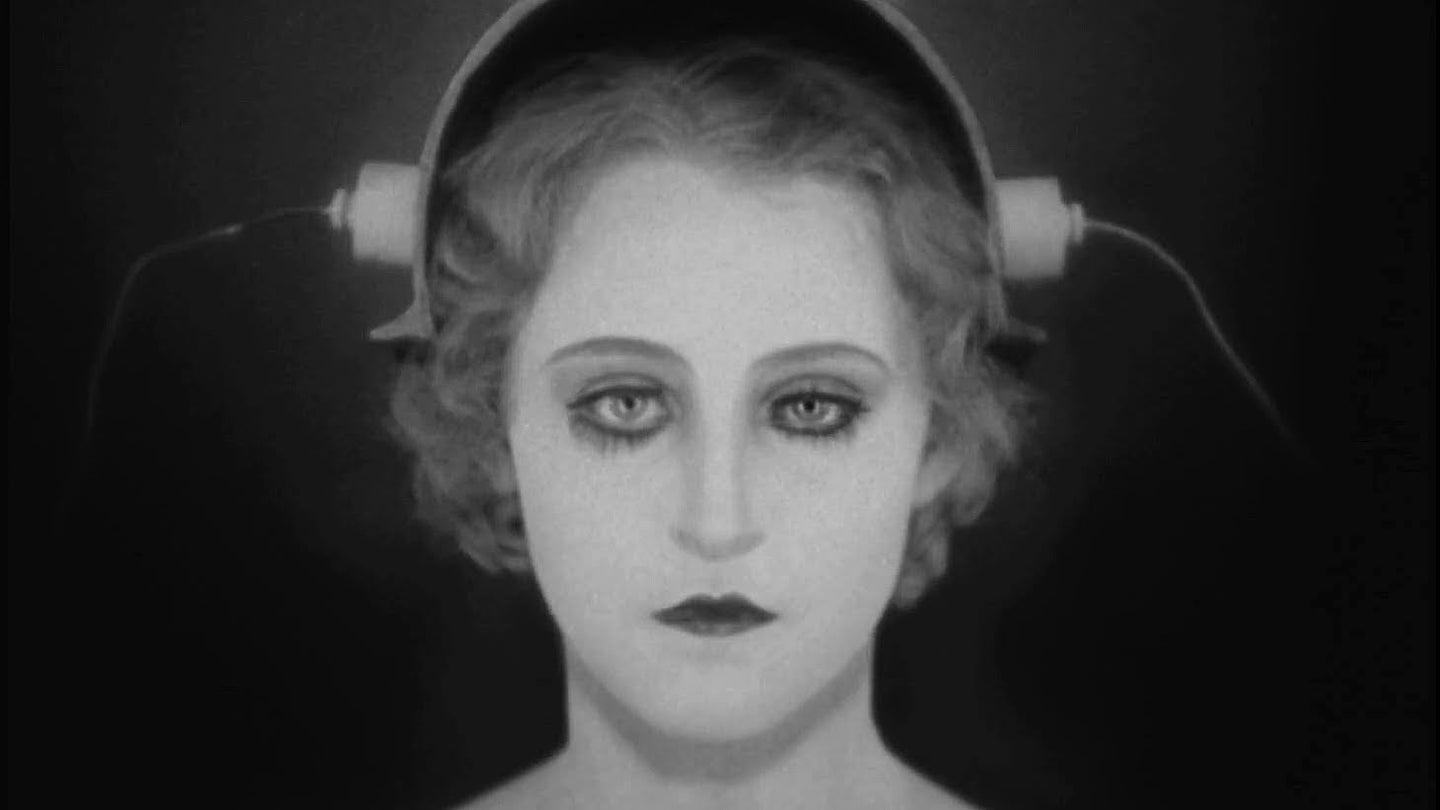 This post has been updated, and will probably be updated again, because that’s how best-of lists should work.

Remember that time when everything on the radio wanted to be Serial? Limetown got it right. Follow a reporter as she revisits the mysterious disappearance of every inhabitant in Limetown, an idyllic little community built around a mysterious scientific research facility. The mind-melting sci-fi in Limetown comes in on such a slow burn that a lot of people don’t realize they’re listening to a fictional story until a few episodes in, which makes it feel a lot more compelling than a story that’s schlocky right out the gate. Don’t worry: You’ll be biting your nails and making tinfoil hats by the time you get to the final episode. And unlike the show’s original fans, you won’t have to wait years to hear the resolution of the story—Season 2 takes a rich dive into the mystery. Listen now!

If you’re looking for something a little lighter, the improvised hijinx of Mission to Zyxx might be a good start. Comedians play a space crew careening their way through adventures that lovingly parody genre classics like Star Wars, with special guests popping in to play extraterrestrial visitors. Listen now!

The first offering from General Electric’s Podcast Theater was a smash hit: It brought us along for the ride as a quirky cryptography podcaster documented attempts to translate a mysterious alien message. I can’t say the plot gripped me quite as much as Limetown’s, but it’s perfect for marathoning during a car trip—you can listen to the entire thing in a couple hours. Listen now!

Great if you enjoy: Serial, War of the Worlds, Arrival

Stories from the future… assuming there is one. The first episode is quietly horrifying and is sure to catch and keep your attention, while others are hilarious in spite of their macabre themes. But the vignettes are also boosted by gorgeous binaural audio design, which means you can hear the sounds of the story play out all around you (assuming you listen with headphones, which you definitely should). Listen now!

Paradoxica follows the adventures of accidental time traveler Dr. Sally Grissom. While Grissom’s audio diaries are used liberally to narrate the plot, the show also uses more traditional radio drama scenes—so it feels more like watching a movie than listening to a newsy podcast. It feels appropriately old-time-radio-y, and gets bonus points for dealing with issues like mental health, nationalism, and sexuality right along with discussions of quantum mechanics. The show is complete, which means you can binge the whole saga at once. Listen now!

Great if you enjoy: ‘—All You Zombies—’, Timeline, Outlander, Doctor Who, Primer

This show is just pure joy in a zippy little sci-fi package. It follows Feston Pyxis, a native of the bureaucracy planet Lorvin, after he sells all his B-movie memorabilia to buy a spaceship and go on an adventure. Only Ian McQuown, who has a voice so earnest you almost want to punch him but then somehow don’t want to anymore and decide you want to hug him instead, is perfect for selling the role of the ever-chipper Pyxis as he gets into intergalactic scrapes. Listen now!

The second show from General Electric’s Podcast Theater is sad and intriguing. Follow a man as he tries to cope with his wife’s sudden death, hooked on and haunted by her audio posts on social media. Surely things are about to get creepy. Listen now!

Great if you enjoy: Her, Black Mirror, The Black Tapes

These “movies for your ears” (a.k.a. pretty standard, traditional radio drama stories in small bites) aren’t always sci-fi. But hey, variety is the spice of life. If you can’t stomach the thought of experiencing some fantasy or drama or comedy or what have you, at least give the episode “Voyager Found” a listen. This article from the Public Radio Exchange offers up episode suggestions based on Black Mirror episodes, so we’d recommend giving those a whirl, too. Listen now!

Great if you enjoy: Every episode is different, so just give it a shot if you like listening to things

Half science, half fiction: Every week, host Rose Eveleth picks a fictional future and has real experts explain how it might work. What if all drugs were made legal? What if antibiotics stopped working? What if the internet suddenly disappeared? Listen now!

Listen in on the recordings of Dr. Bright, a therapist who provides mental health services for the “strange and unusual.” But is she assembling a gang of super-powered patients in order to fulfill a mysterious personal agenda? Duh. The show itself is now wrapped up, but has already spawned several spin-offs and projects (including a TV show) that are currently in various stages of production. Listen now!

TANIS follows a podcast host as he tries to track down a “game” with no internet trail. In pursuing what he thinks might be one of modernity’s last true mysteries—an easter egg hidden in Craigslist posts and obscure novels—he stumbles across a world that bridges the gap between sci-fi and fantasy. There’s definitely some weird stuff going down, but is ‘magic’ to blame? Maybe not. And in any case, the constant online sleuthing give this show a tech nerd bent. Listen now!

Great if you enjoy: Twin Peaks, The X-Files, Ready Player One

The podcast geniuses behind TANIS have another offering that’s more firmly set in the realm of science fiction. It takes place within the same universe as the team’s other NPR-like shows, but this one follows host Carly Parker as she attempts to find her missing friend Yumiko—who seems to have vanished while playing the most complex alternate reality game of all time. Listen now!

Okay, so The Darkest Night bills itself as a horror podcast—and it’s admittedly very unsettling (and, fair warning, gory/disturbing in a way that is not fit for kiddos). But it’s also science fiction: the show is built on the premise that a high-tech gizmo can show researchers the last thing a corpse experienced before dying. There are also a lot of mind control drugs and stuff. And creepy experiments. And things that seem supernatural turning out to have natural explanations (and becoming all the more horrifying for it). It’s like Scooby Doo for gore-loving grownups. So while you definitely shouldn’t listen to this one if you’re not a fan of horror, it’s perfect for people who love both genres. Also, the first season is narrated by Lee Pace. Need we say more? Listen now!

Great if you enjoy: r/NoSleep, The X-Files, The dulcet tones of Lee Pace cooing terrible nothings in your ears—binaurally

What if Portland existed in a bubble surrounded by otherworldly monsters? That’s basically the premise of Bubble, a narrative sci-fi podcast that manages to feel like a well-paced TV sitcom. Sure, characters slay horrific beasts with their bare hands—but they’re summoned to do so with an Uber-esque app, owned and operated by a way-too-familiar tech overlord (who also happens to own and operate the bubble that protects our hipster heroes and their neighborhood from the alien abyss outside). Let’s just say it’s topical. Listen now!

What happened to Dan Powell? Archive 81 is another saga that leans more toward horror and fantasy, but its treatment of alternate dimensions and such earns it a spot on our sci-fi list. The show is written and produced entirely by Dan Powell and Marc Sollinger, and the storytelling they achieve with such a small crew is astounding. It’s clear they’ve gotten even more adept and ambitious with their writing and audio design as the series has gone on, so it’s one of the very few shows that actually improves every season (at least in my opinion). Bonus: If you make it through the first two seasons, you get to enjoy a delightful old-school radio drama-style bonus episode. It’s the bee’s knees. Listen now!

Great if you enjoy: The X-Files, The Bright Sessions, The Magicians

This Gimlet Media show has an incredible cast—Catherine Keener, Oscar Isaac, and David Schwimmer, to name just a few regulars. It deals with the ethical quandaries of a woman helping to oversee a government medical experiment, and the format does a great job of toying with narrator reliability. Are the people you’re hearing well-intentioned, or are they lying to themselves and one another? Do they even remember the events they’re supposed to be guiding us through? The show led to a TV series, which is something we can expect from more and more of our favorite audio dramas. Listen now!

Great if you enjoy: Shutter Island, Eternal Sunshine of the Spotless Mind, The Bright Sessions

Welcome to Night Vale was one of the first heavy hitters on the podcast audio drama scene, but the group’s second show deserves your attention, too. The first season is presented in the form of an audio course on full-body relaxation (brought to you by the mysterious “Institute”), the second features audio guide tours through a series of museums, and the third listens in on the recorded notes of a government employee helping to build a very strange society. It’s basically like listening to found audio from another universe, and the experience of slowly piecing together a narrative in the weirdness is extremely rewarding. Listen now!

Great if you enjoy: Welcome to Night Vale, ASMR

Billed as an Afrofuturistic buddy comedy, this 2018 addition to Night Vale Presents’ amazing suite of shows got two big thumbs up from The New York Times. Its got social commentary, high-stakes heists, and zombies. Listen now!

Great if you enjoy: Dirty Computer, Sorry to Bother You, Welcome to Night Vale

Mac Rogers—the writer behind The Message and LifeAfter—knocked it out of the park again with Steal the Stars. It follows two government employees who fall into forbidden love… and just happen to be tasked with hiding the remains of a crashed UFO. The whole series is available now, so you can binge it in one go. (Disclaimer: I am slightly biased due to the casting of one of my best friends, but rest assured he plays a real jerk.) Listen now!

Great if you enjoy: The Message, LifeAfter, The X-Files

Fictional-podcast-powerhouse Paul Bae’s latest show tells “stories of finite beings in an infinite universe,” and, well, it’s kind of impossible to define. But we’re sure of one thing: it’s absolutely excellent. The first two seasons of the anthology show (which is ostensibly a public radio interview series) runs the gamut from ghost stories to Black Mirror-esque sci-fi parables. There’s even some Lovecraftian horror tucked away in there, but you’ll have to squint to see it. We can’t wait for more. Listen now!

Great if you enjoy: Black Mirror, The Twilight Zone, The Black Tapes