Now The Blind Can Read Texts On This New Braille Smartwatch 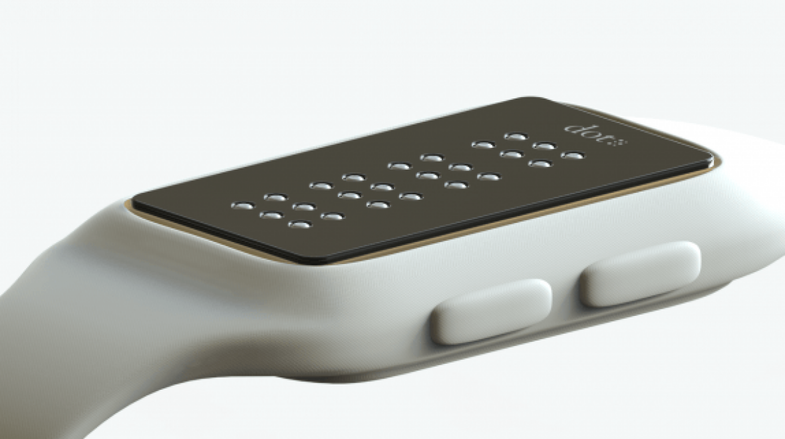 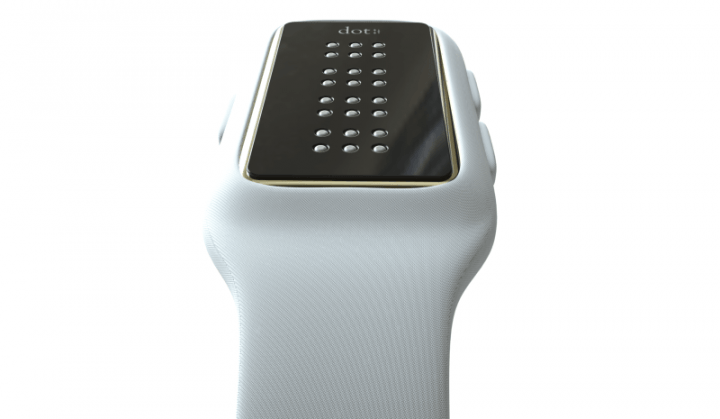 Touchscreens are not conducive to the blind as they cannot see the shifting pixels on the smooth device. That has not only slowed down the technological literacy for the blind, but has also impaired their reading literacy, cutting them off from most information that isn’t published in print. Some tech companies have found workarounds, like having Siri read texts or creating braille e-readers, but they are often clunky and expensive.

A South Korean startup company may have finally found a solution. They created Dot, the first braille smartwatch, complete with shifting cells of dots. This inexpensive gadget could help the blind catch up to the age of smartwatches, the sales of which have increased 475 percent in the last year thanks to the Apple Watch. But it could also be used as an educational tool.

“Until now, if you got a message on iOS from your girlfriend, for example, you had to listen to Siri read it to you in that voice, which is impersonal,” Dot CEO Eric Ju Yoon Kim told Tech in Asia. “Wouldn’t you rather read it yourself and hear your girlfriend’s voice saying it in your head?”

The Dot wearable looks like a cross between a Fitbit and a Pebble Time, Alphr notes. On its face, it has four cells each with six active dots, which can raise or lower to make four braille letters at a time. It links up with Bluetooth to convert text from apps like iMessage into their braille letter equivalents with the user’s voice commands. The device can last for five days without stopping to charge. 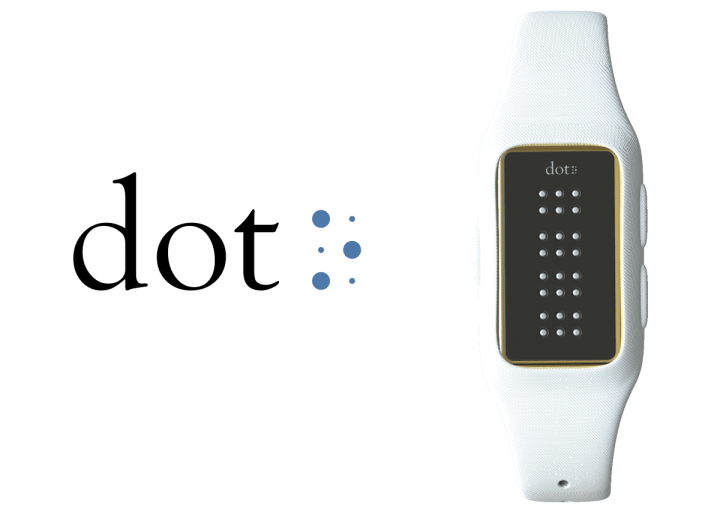 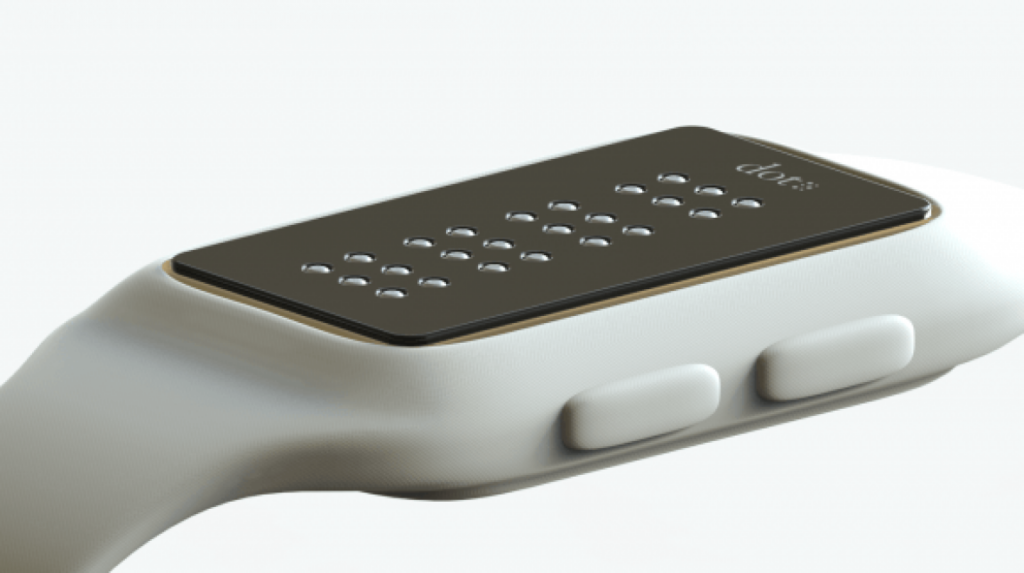 One key feature of the Dot wearable is its cost. Unlike braille e-readers, which can cost thousands of dollars, the device is slated to cost less than $300 when it hits the U.S. market in December.

But Dot envisions bringing braille beyond the wrist. The inventors have tested braille screen modules at ATMs and train stations, programming them to display information that regularly changes, such as account balances or train schedules. After the wearable’s launch in December, the startup will shift towards the public sector, which it anticipates could be its largest market.