Someone paid $15,000 for a chunk of mold and honestly what a steal

It probably saved your life 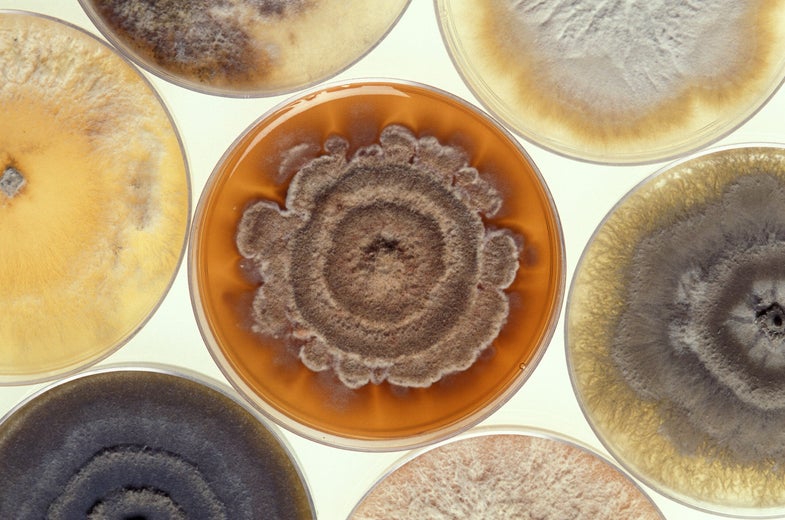 See, back in 1928 a Scottish bacteriologist named Alexander Fleming discovered that a certain kind of fungus naturally produced an antibiotic—a bacteria killer. That antibiotic was penicillin (or at least it would become penicillin later, when two other scientists figured out how to stabilize the medicine and mass produce it). Fleming published his findings in 1929 and tried to get the scientific world to pay attention to this new “mould juice,” as he so lovingly called it (yum). But it wasn’t until the 1940s that penicillin really took off as a medication, just in time for it to be mass produced at the end of World War II and years after Fleming himself gave up on it.

Fleming had kept samples of the original mold preserved between pieces of spectacle glass, which he proceeded to hand out to every dignitary who met with him. He was like the Oprah of mold samples. YOU get a mold! YOU get a mold! EVERYBODY GETS SOME MOLD! He gave so many to Prince Philip that the royal actually complained about it. And yes, he sounds like a crazy old man handing out bits of fungus, but in his defense those greenish blobs saved many millions of lives. Penicillin was the first modern antibiotic—suddenly doctors could treat bacterial infections. It was so valuable (and in such short supply) that physicians would collect their patients’ pee to get back some of the penicillin that would otherwise go to waste. And given how many lives it saved, it probably ensured that your parents and grandparents survived long enough to produce you. So let’s maybe not make too much fun of fungi.

Fleming made so many of these souvenirs that it’s not clear how many were from the original sample and how many were just derived from the original. It’s like Theseus’ ship, but for fungus. If you replace every board and nail in Theseus’ ship one by one, is it still the same ship? And if you keep growing new fungus samples to replace the bits you took from the original sample, is it still the same fungus? Apparently someone with $14,617 to spare thinks so. The name of the buyer wasn’t disclosed, but the British auction house Bonhams sold the item from Fleming’s niece’s collection.

Obscene price or not, it’s a pretty amazing piece of history. It was one of those accidental discoveries that people love so much. A man leaves some Petri dishes full of bacteria on his messy lab bench and returns to find that some of the dishes have a fungus growing in them that’s killing off the bacteria. By most counts that experiment is a failure—the bacteria are dead. But to Fleming, the absence of growth was actually a success. He had already made one discovery that way: the enzyme lysozyme.

Lysozyme breaks down bacterial walls and is found naturally in your nose, specifically in the mucus. Part of the way your body defends itself against invading bacteria that could enter through the air you breath is by making your mucus antibacterial. And when you get sick, you often get a runny nose because your body is trying to fight off the infection by making more mucus. Fleming realized that growing bacteria taken from a patient’s snot was remarkably difficult. The lysozymes were killing off the bacteria before they could get a foothold.

So you could say that Fleming broke the mold multiple times.