She’s the first of 10 patients to undergo the procedure 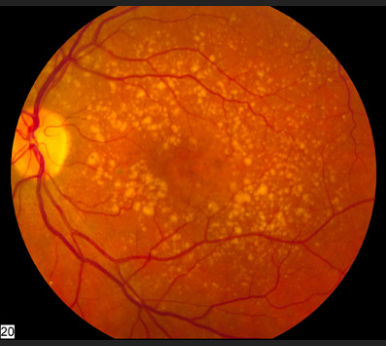 Last month, a 60-year-old woman in England received an experimental treatment to restore her vision, according to a press release from Moorfields Eye Hospital in England where the surgery took place. She and the other nine patients who will undergo the procedure over the next 18 months have age-related macular degeneration (AMD), a condition in which parts of the retina deteriorate over time; as part of the trial, the 10 patients will receive implanted patches of embryonic stem cells to help restore their retinal function.

AMD affects 15 million Americans, mostly over the age of 65. There are several forms of AMD, but these patients have a form in which leaky blood vessels damage the most sensitive part of the retina, leading to a sudden loss of vision.

In this study, surgeons will implant patches of embryonic stem cells in the damaged area of the retina. The theory is that the stem cells will develop into retinal cells, taking the place of the damaged cells that are causing the vision loss. The researchers will monitor each patient for a year after the operation to check for side effects of the treatment and to test its efficacy.

This isn’t the first time stem cells have been used to repair retinal tissue, and with only 10 patients it’s a rather small sample size. But if the trial goes well, the researchers hope that similar procedures can be done in the future on people with this and other types of AMD. There’s no word on how long the treatment might work, or how much the procedure might cost if it became widely available, the BBC reports–it might be more expensive than the current treatments of vitamins, laser surgery or injections. If it works better than these treatments, though, the stem cell treatment might help millions of people all over the world regain their sight.