Derek Fidyka was paralyzed from the chest down 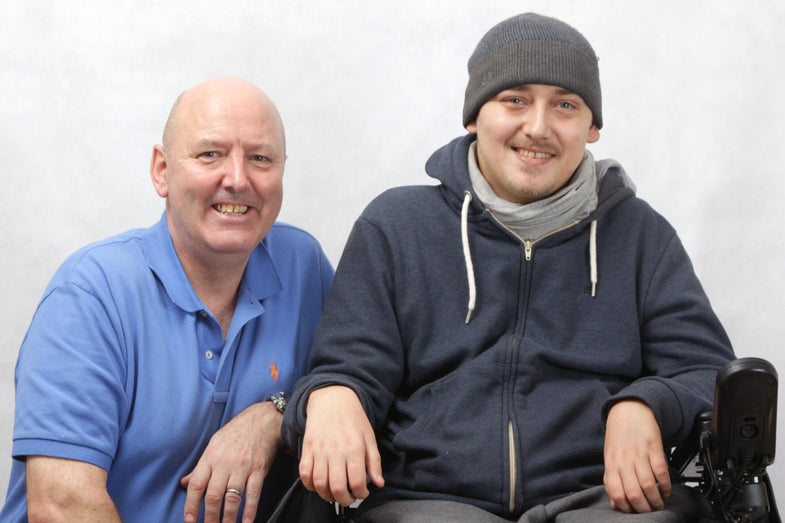 Four years ago, Darek Fidyka was stabbed in the back , leaving his spinal cord severed, and his body from the chest down paralyzed. Now, after an experimental treatment, Fidyka has regained some feeling in his lower body and is learning to walk again.

The treatment, developed by researchers in the UK and Poland, involved removing one of Fidyka’s olfactory bulbs (the structures in the brain that allow you to smell) growing cells from the bulb, and then injecting those cells into the damaged area of Fidyka’s spinal cord. The researchers were interested in cells from the olfactory bulb in particular because the nerves in the olfactory system are the only part of the human nervous system known to regrow after being damaged, with the help of olfactory ensheathing cells.

The researchers are looking to use less invasive techniques in the future, because undergoing brain surgery to extract the olfactory tissue isn’t anyone’s idea of a good time, much less someone who is paralyzed.

The BBC reports that over 100 micro injections of olfactory ensheathing cells were injected into the injury site, and strips of nerve tissue from Fidyka’s ankle were laid across the gap in the spinal cord, in the hopes that the cells from the olfactory bulbs would encourage regrowth. A similar procedure had been sucessfully tested on dogs in 2012.

Now, 19 months after the operation, Fidyka has regained sensation in parts of his lower body, and after intense physical therapy is able to walk using a walker. As an added bonus, even with one olfactory bulb removed, Fidyka retained his sense of smell.

He told the BBC: “I think it’s realistic that one day I will become independent. What I have learned is that you must never give up but keep fighting, because some door will open in life.”

The story is the subject of an episode of the BBC television program Panorama airing today at 10:35 pm in the UK. The study itself will be published in the journal Cell Transplantation at a later date, but the researchers acknowledge that as exciting as this result is, there is still a lot more work to be done.

“Our results are very encouraging,” the medical team is quoted as saying in a statement. “However, our results need to be confirmed in a larger group of patients with a similar injury. In the meantime, we are investigating surgical techniques for more minimally invasive access to the olfactory bulb.”