So far, it’s been successfully implanted in sheep eyes 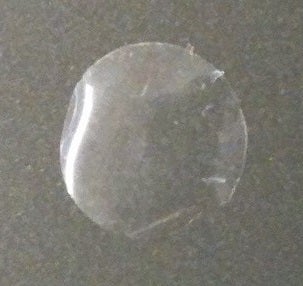 Scientists at the University of Melbourne have successfully implanted a special film on the corneas of sheep to restore their vision. The technique may offer an alternative to cornea transplants in people, which are in short supply and can be rejected by the host’s immune system.

The cornea—the vision-focusing layer at the front of the eye—uses specialized cells to pump out water, keeping itself clear. The eye can’t repair these cells when they are damaged by age, injury, or illness.

To help the cornea heal itself, the scientists grew its cells on a hydrogel film before inserting the cornea into the animals’ eyes through a small incision. The film biodegraded within two months, leaving the fresh new cells to uncloud the cornea.

“Our ultimate aim is to use patients’ own cells to regenerate them on the hydrogel films we have developed, and to implant them directly in the patient’s cornea,” team-member Berkay Ozcelik told IBTimes UK. “Since it’s their own cells we are using, there is no risk of disease transmission or tissue rejection.”

Having published initial research back in 2014, the team hopes to begin human trials next year, and just received a patent for the polymer itself as well as the method through which its used.