RoBattle Is Over 7 Tons Of Semi-Autonomous War Machine

All armored casing, no human inside 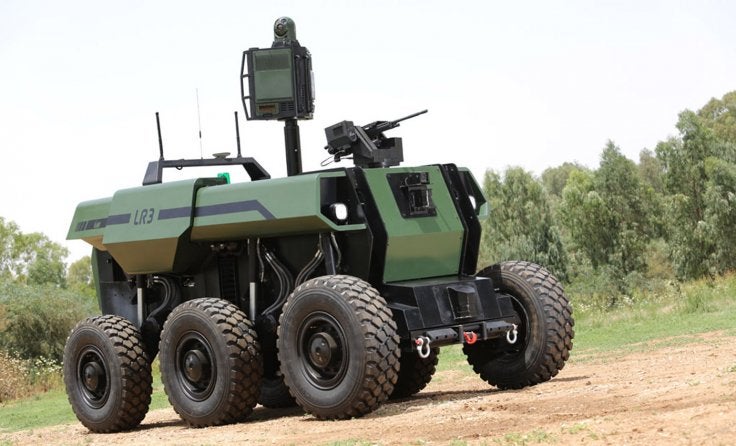 This week, war robots came to Paris. On display at the Eurosatory 2016 Land and Airland Defence and Security tradeshow, RoBattle is a modular machine from defense firm Israel Aerospace Industries (IAI). Seven tons itself, it can carry three tons of sensors, weapons, and other tools it may need for fighting. And much like the first tanks that were built for the difficult war-scarred muddy ground of the Western Front, the RoBattle can climb over difficult terrain. Mostly.

And here it is, struggling up a ledge. It slips for a second, but pulls itself forward.

The machine’s body can raise up to four feet high to get over obstacles, or crouch down to 23 inches to stay out of sight. It can also apparently operate for 12 hours in an “ambush mode”, IAI robotics manager Meir Shabtai told Shepard, “listening, detecting and reacting.”