The Month In Plagues: Dengue Fever In Hawaii, Gene Drive Mosquitoes, And More 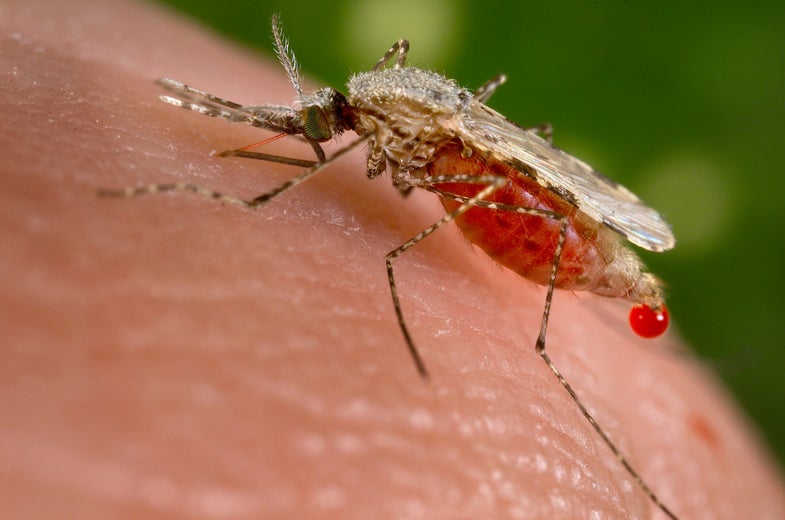 While health authorities proclaimed Sierra Leone Ebola-free earlier this month, the virus still lurks in Liberia. Read this Wired piece by Sarah Zhang on how the WHO messed up the Ebola response, and why that matters for future outbreaks of any disease.

France had its first reported bird flu outbreak in eight years. So far, it appears to be limited to a small backyard chicken operation.

Congenital syphilis cases are on the rise in the U.S., according to this NPR report.

And check out this interesting read on the origin of plague, by Carrie Arnold at Quanta.

A newly-discovered strain of E. coli in China is apparently resistant to the “last resort” antibiotic colistin, which is bad news for global public health. Check out this Stat piece by Helen Branswell for more.

We should be able to collectively help stall such superbugs by only taking antibiotics when they’re actually necessary, says Julie Belluz at Vox.

But while that’s true, it turns out the public is woefully uneducated when it comes to antibiotic resistance. Read Ed Yong’s Atlantic piece about a disturbing failure in science communication.

The Environmental Protection Agency wants to withdraw its approval of Enlist Duo, the next-generation of herbicide intended for herbicide-tolerant crops. According to NPR, the move “stunned both foes and friends of the new herbicide.”

There’s more bad news for bees: neonicotinoids, a popular class of insecticides, may be affecting bumblebees’ ability to pollinate.

And here is an interesting history on American and European views on GMOs, at the Conversation.

Scientists have successfully created gene-drive mosquitoes to fight off malaria. A gene drive is a method that spreads a particular gene through a population far more quickly than happens in normal circumstances; in this case, researchers want to spread a genetic mutation that makes the mosquitoes resistant to malaria. To read more about gene drives, check out this piece by Sharon Begley at Stat.

American scientists are increasingly worried about the kissing bug, which can spread Chagas disease. Still, just because the bugs show up throughout the southern U.S. doesn’t necessarily mean there will be a widespread boost in Chagas infections](http://www.nytimes.com/2015/11/26/health/no-kissing-bugs-are-not-a-new-scourge.html?partner=rss&emc=rss&_r=0/).

And a new study suggests that a spider’s personality affects what kind of insects it can catch. Read more at Elizabeth Preston’s Inkfish blog.