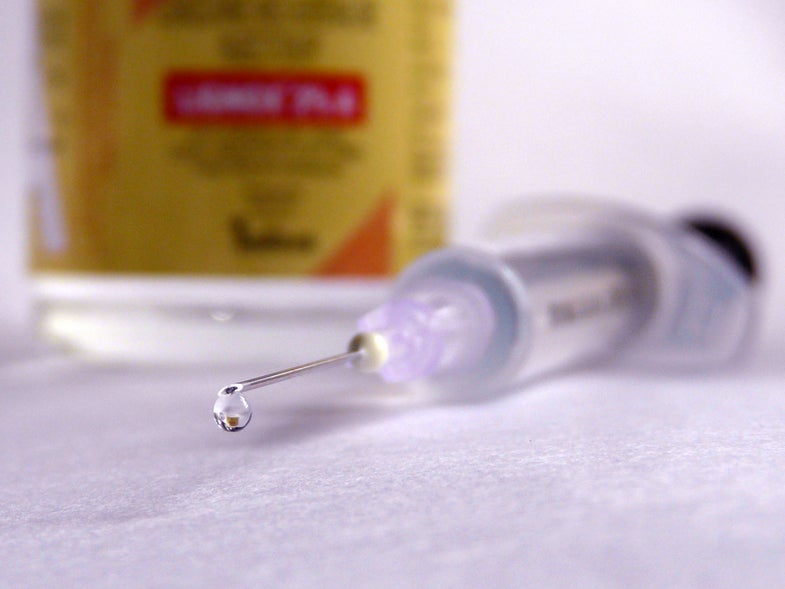 By 2020, the World Health Organization wants every hospital and clinic to use only “smart syringes” that are designed so they can’t be used more than once, the organization announced today. The syringes would reduce the spread of deadly needle-borne diseases. In 2010, re-used needles accounted for 1.7 million new hepatitis B cases, tens of thousands of new HIV infections and hundreds of thousands of new hepatitis C infections, according to a recent WHO-sponsored study. That’s why the organization thinks smart syringes are worth it, even though they cost at least twice as much as traditional needles.

So how do smart syringes work? A quick search finds dozens of patents, dating from the 1980s onwards. 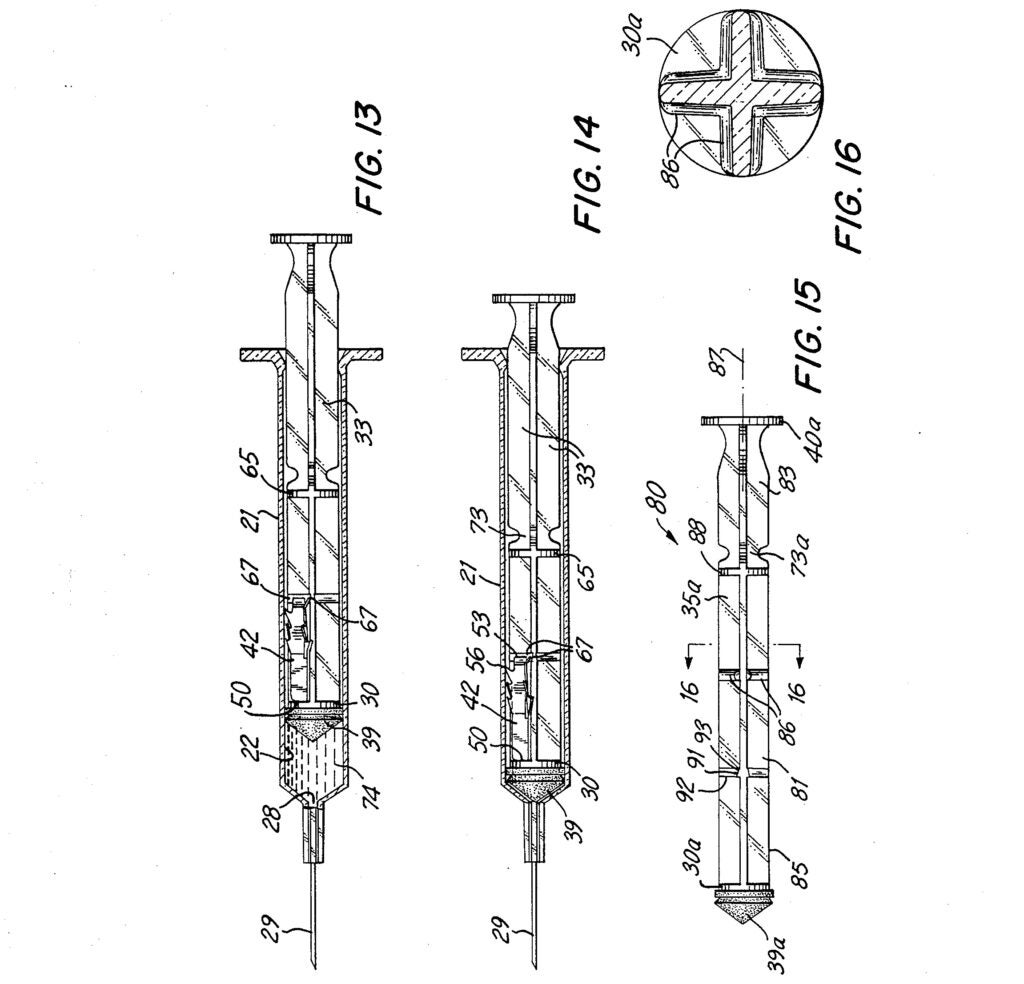 Here’s a patent, one of many, for a syringe with a locking mechanism and a plunger that’s purposefully designed to be weak. Should a user try to force the plunger back up after an injection, the plunger is supposed to break.

Both locking and breaking syringes have some drawbacks. If you push the plunger down too soon, you have to get a whole new needle. Workers also can’t easily adjust doses in them, nor mix medicines inside. To combat these problems, newer smart syringes allow workers to move the plunger around inside the barrel as many times as they want. After one injection, the nurse or another healthcare worker is supposed to set a lock that keeps someone else from re-using the needle. However, that means an unscrupulous worker could bypass the locking mechanism if he or she wants to use the syringe again. Poorly paid workers in developing countries sometimes save the needles they use at work and give out shots on their own to supplement their incomes, according to the WHO.

So smart syringes aren’t the only solution to preventing needle-borne diseases. Plus, hospitals will still have to carry some re-usable needles for procedures such as intravenous lines.

Yet single-use syringes can be a big help. In 1999, the WHO began urging countries to use single-use syringes for all children’s immunizations. Since 2000, the number of needle-caused HIV cases worldwide fell by 87 percent, while the number of needle-caused hepatitis C infections fell by 83 percent. Needle-caused hepatitis B infections fell by 91 percent, helped by a vaccination campaign.