These brothers built a mine-sweeping drone

To clear land mines without casualties 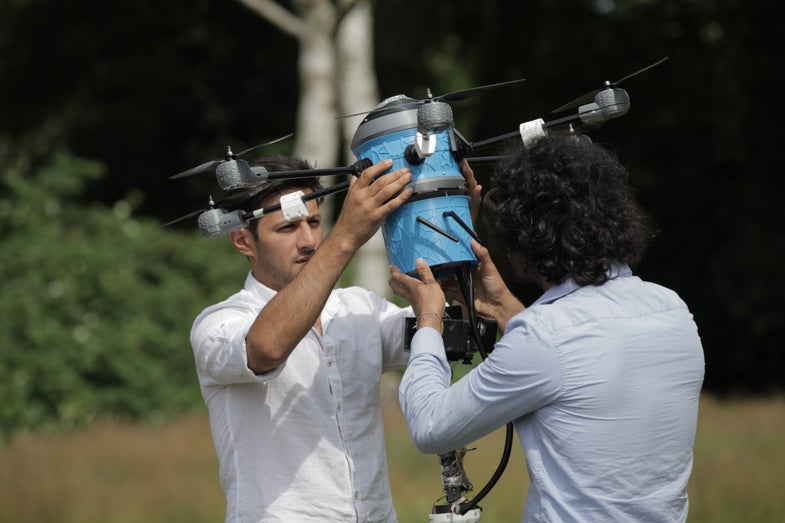 Brothers Massoud and Mahmud Hassani grew up in Kabul, Afghanistan, knowing that one wrong step could end their lives. “When we walked to school, we had a special path to follow—otherwise we would end up in a minefield,” Massoud says. Mines are cheap to manufacture and deploy, but slow and expensive to remove. An estimated 110 million land mines litter the globe, killing 15,000 to 20,000 ­people a year. Living among them “becomes like a mental disorder,” Massoud says. “The fear is on your mind all the time.”

After the Hassani family relocated to the Netherlands, the brothers created an ­anti-mine device based on a ­wind-powered tumbleweed toy they’d built as children. The Mine Kafon (kafon means “explode” in Dari) could roll through a minefield, detonating any mines it crossed and thus marking out a safe path. Though more conceptual than practical, it became a hit; New York’s Museum of Modern Art even bought one in 2012.

The Hassanis spent the next two years developing a tool they hope will have real-world impact: a mine-hunting drone. The autonomous copter performs a three-step process: It maps an area, detects mines, and then destroys them.

The brothers claim Mine Kafon Drones will clear mines 20 times faster than existing technologies. Removing a single mine by hand can cost $300 to $1,000; one Kafon costs about $1,100 and can cover a full minefield. The Hassanis hope to deploy thousands, potentially ridding the world of land mines within 10 years. 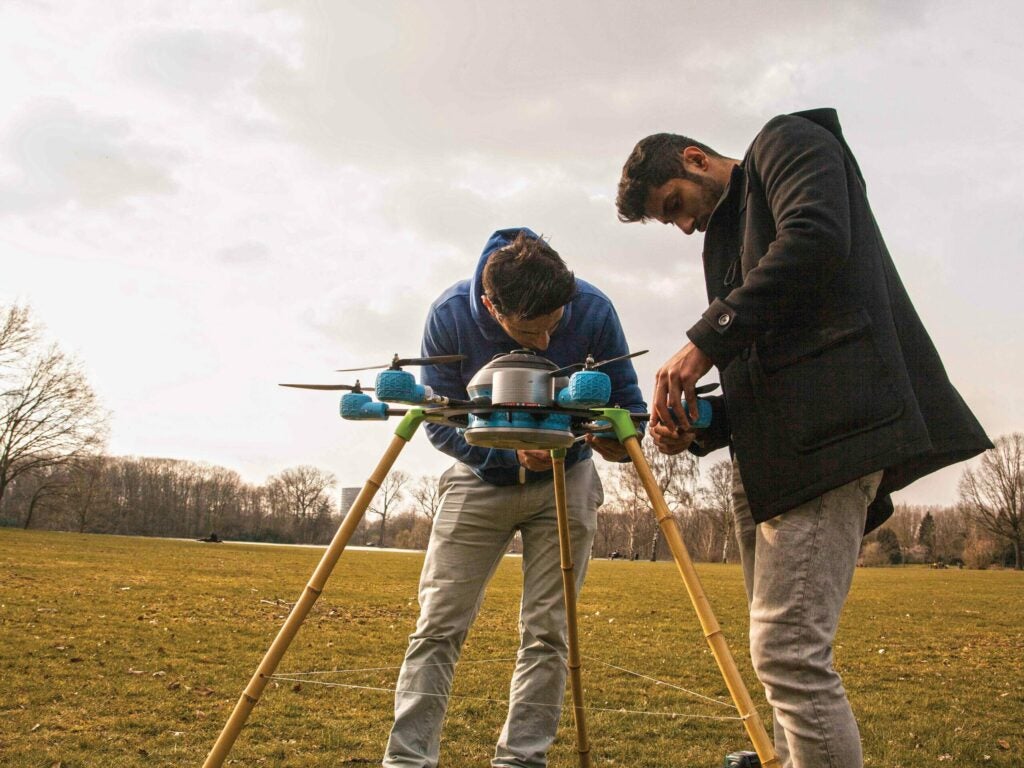 Mine Kafon Drone at rest

Mahmud Hassani (on the left) and intern Muhanad Alrawahi make adjustments to a Mine Kafon Drone.

The Mine Kafon Drone operates in three phases, and it uses a separate robotic attachment for each one.

Mapper: Using a 3-D camera, GPS, and a computer, the drone maps the terrain, turning any given area into a precise grid.

Detector: Sensors and a retractable arm keep the metal detector 1.5 inches above the ground as it geotags mine locations.

Detonator: A gripper arm places a small, explosive detonator onto each mine. The drone then triggers the explosives remotely.

This article was originally published in the January/February 2017 issue of Popular Science, under the title “Zero-Casualty Mine Sweeping.”