Video: PopSci Contributor Builds a Real Life “Up” House, Lifted Into the Air by Balloons

This week on the National Geographic Channel, the answer to that eternal question (providing “eternal” means “since 2009 when the... 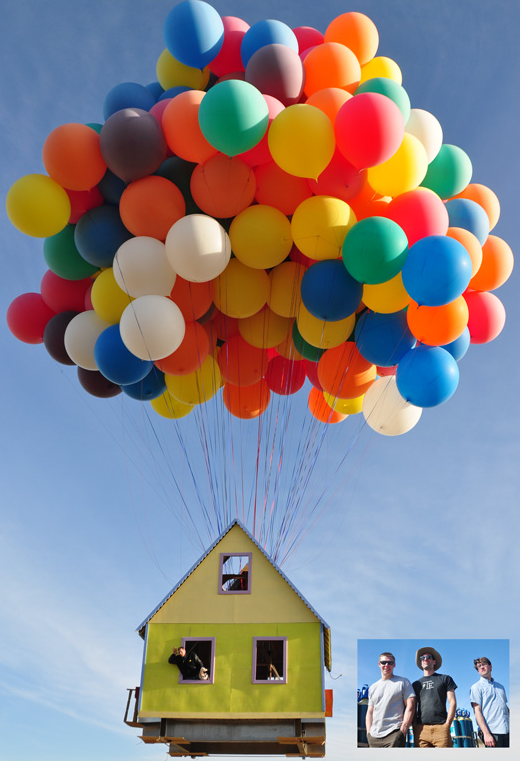 This week on the National Geographic Channel, the answer to that eternal question (providing “eternal” means “since 2009 when the movie came out”): Can we really build a house like the one from Pixar’s Up, able to float by balloon power alone? On an episode of “How Hard Can It Be?” that aired this week, a team of builders (including frequent PopSci contributor Vin Marshall) actually built a house capable of being lifted–with people aboard–by balloons.

The team found that it is essentially impossible to lift an ordinary house with balloons (do your research, Pixar!), but that a small, extremely lightweight house can in fact be lifted with a world-record-breaking cluster of high-capacity weather balloons, around 300 in number. That house floated some 10,000 feet above California’s high desert back in March, with two inhabitants inside. Check out video below:

That’s only one of three “How Hard Can It Be?” episodes airing this week. This Wednesday at 8PM, there’s a new episode that finds Vin and the team building a DIY, remote-controlled submersible that can dive to depths of 12,000 feet. Check it out on the National Geographic Channel.