Video: A DIY Flight Simulator Built in the Nose of a Real Boeing 737

Some people golf. James Price tiners with the full-blown flight simulator he’s been building in the nose of a Boeing... 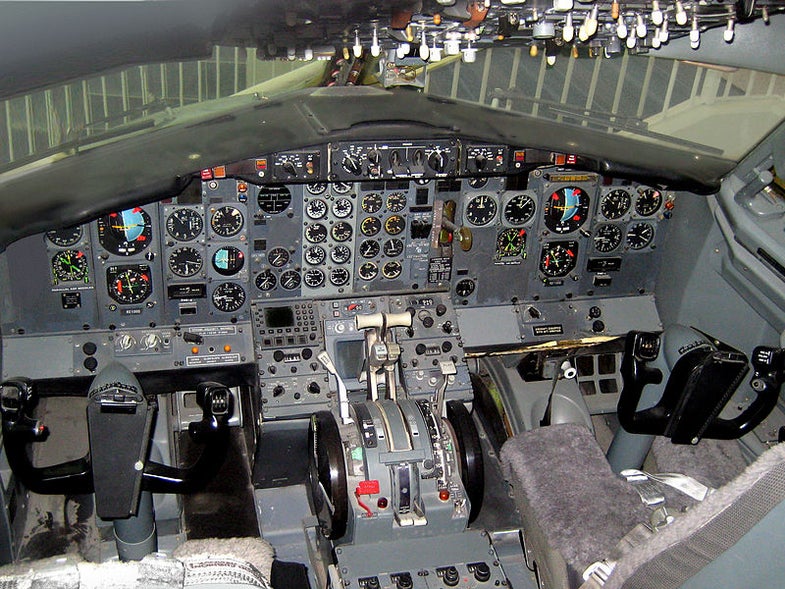 Some people golf. James Price tiners with the full-blown flight simulator he’s been building in the nose of a Boeing 737 jetliner in his garage for the past two decades. The air traffic controller and aviation enthusiast is now one of only a few people in the world who have built this kind of flight sim in an actual aircraft nose. And he’s among only a handful of people in the world with a toy this cool.

Price’s sim goes far beyond the ambitions of most flight sim enthusiasts, who recreate cockpits in their home offices or spare bedrooms that more or less consist of a computer running a program and the instruments and controls necessary for flight–but not the actual cockpit, much less the nose of the plane. He’s poured about $150,000 into his hobby thus far, with no signs of slowing down. And he’s become a kind of de facto leader for the few people out there willing to expend this kind of time, energy, and funding to pursue their passions for flight.

Price began building his simulator and the program that runs it roughly 20 years ago, but it was around about 2000 when he decided it was time to take it to the next level. He flew out to an aircraft bone yard in Ardmore, Okla., to purchase the nose of his 737 for $1,500. He then had it hauled to California, first to an airport hangar near his home in Pleasanton, near Silicon Valley, and then to his three-car garage where it sits today.

He now has it set up with three projectors that beam his flight simulator onto three screens in front of his cockpit windows, giving the illusion of real flight to the person sitting within. His software allows him to fly to any airport in the world, in varying weather conditions (it even has realtime weather conditions piped in over the Web). And Price still considers it a work in progress. See it take flight below.