Ask Anything: Wind Chill? Heat Index? Can’t We Combine Them?

Looking into whether doing so would work 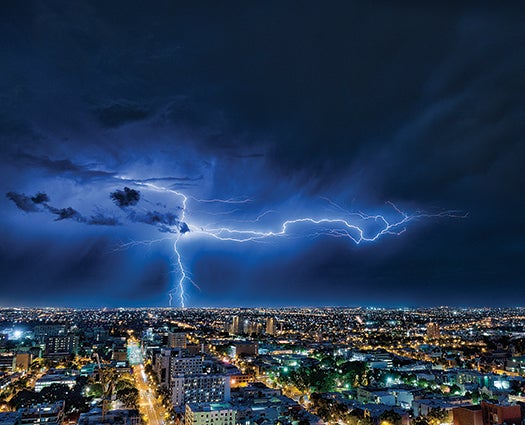 More than 100 weather indices have been proposed over the past century in an effort to translate environmental conditions—how cold it is, how windy, how sunny, how wet—into felt experience and physiological risk. Many of these, like the wind chill and the heat index, focus on specific subsets of the variables in play. (The wind chill uses ambient temperature and wind speed; the heat index uses temperature and humidity.) But in the past few years, a group of 45 scientists from 23 countries, led by German meteorologist Gerd Jendritzky, devised what they call the Universal Thermal Climate Index (UTCI)—a simple, single-number weather reading that could estimate how an average person would feel when faced with the elements.

Such an index would come in handy for researchers who wanted to compare weather-related stress and mortality across large areas. “If you want to look at the world weather map,” says George Havenith, co-chair of the UTCI collaboration and professor of environmental physiology at Loughborough University in Leicestershire, England, “then you would need a single index which covers both cold and warm.”

How does the UTCI work? It starts with four values measured locally: air temperature, wind speed, relative humidity, and solar radiation (i.e., how sunny it is outside). These values are then fed into a physiological model that takes into account the seasonal clothing habits of an average European. The model estimates the stress put on the body—in terms of skin and core temperature, as well as sweating—and compares it with the strain brought on by a baseline condition. (In the model’s baseline, there is no wind or sunshine, and 50 percent humidity.)

“I would not state that this is the perfect solution, but I think you could call it the current state of the art,” says Havenith. “What we need now is for people to start using the index and telling us what they think is wrong with it.” Given enough real-world testing and feedback, Havenith is convinced that the UTCI could be a useful, common language for talking about climate: “Wherever you would go in the world, you could see something on the weather report and understand what it means,” he says.

Ask Us Anything
Weather
april 2014
ask anything