The Man Who Smuggles Nanodrugs Past The Body’s Defenses 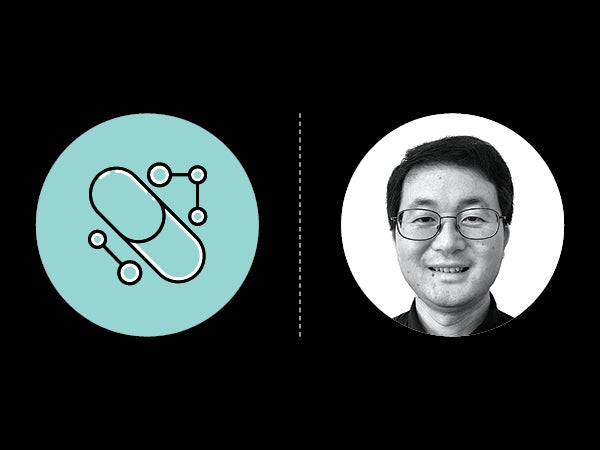 Tiny, man-made spheres called nanoparticles can ­shuttle medicines to diseased tissues with incredible precision. But they all face a common challenge: The immune system sees the virus-size particles as threats, and eats them before they can reach their target. Previously, researchers had tried to dupe the immune system, with only limited success. So Liangfang Zhang borrowed a design from nature. He removed the ­membrane from a red blood cell and snipped it into pieces that he used to envelop nanoparticles. Because the membranes come pre-loaded with proteins that tell the immune system to back off, the cloaked particles slip past the body’s defenses.

But Zhang still needed to steer the medicine to the site of injury or infection. To do that, he upgraded red blood cells for platelets—cells that congregate where wounds occur. Zhang and his colleagues shrouded nanoparticles in platelet skins, loaded them with antibiotics, and then injected them into mice infected with a drug-resistant staph infection. They saw dramatic effects. Although the nanoparticles contained just a sixth of the standard dose, they proved far more effective than a conventionally delivered antibiotic.“That shows the power and the promise of targeted ­delivery,” Zhang says.