The most important changes in macOS Catalina to know before updating

You get some new features, but check your app compatibility first. 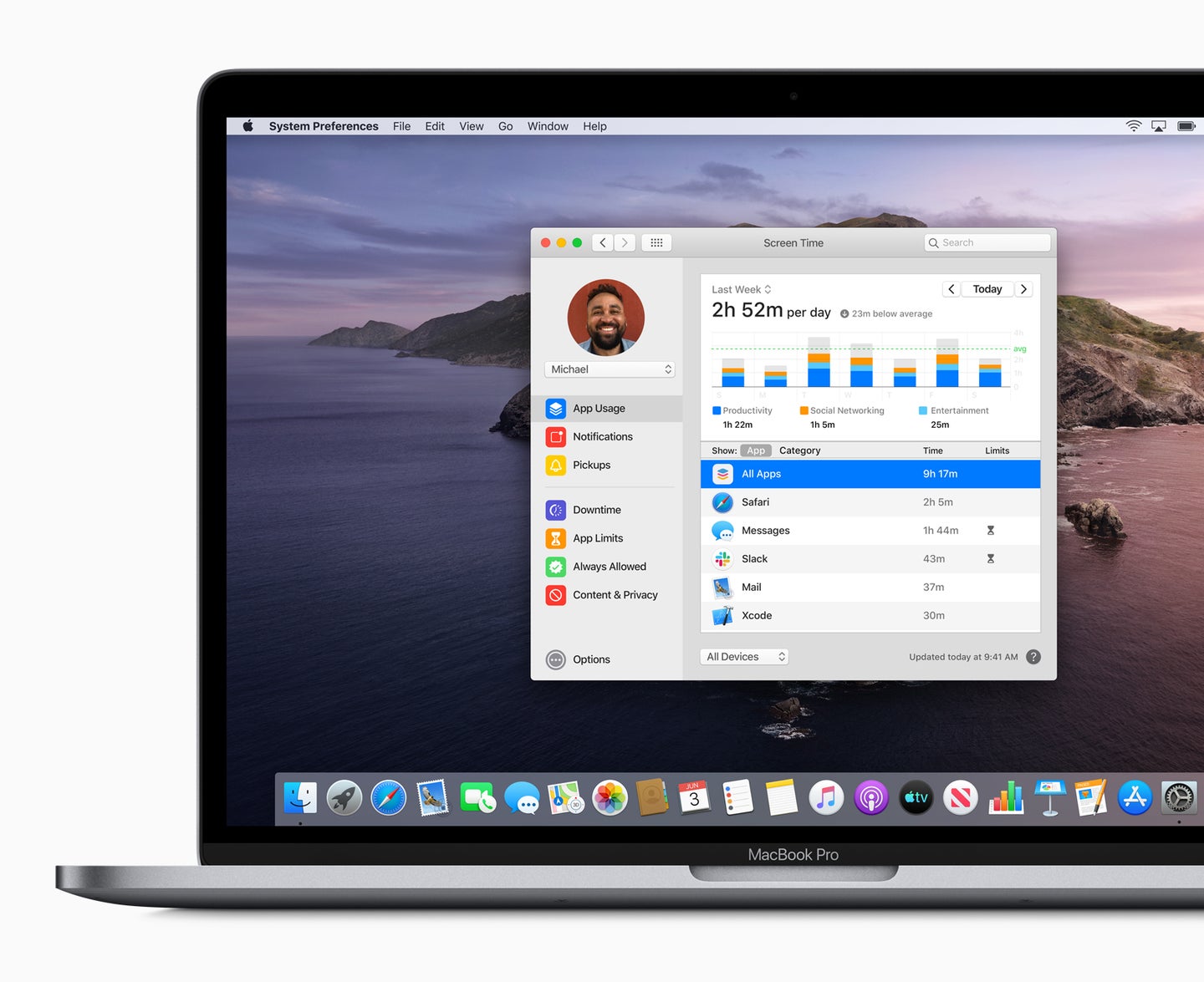 Some people find operating system updates more exciting than others. For those of us who spend more time staring at our computers than we do nature’s grand magnificence or our loved ones, the new features and fixes that come with an update can make a big difference. This year, Apple followed its familiar release pattern, announcing the new macOS Cataline update back at its World Wide Developers’ Conference in the spring.

While the timing was familiar, the update arrives during a shakeup in Apple’s software ecosystem. Rather than simply splitting all of its devices across iOS and macOS, the company now introduced iPad OS, which gives the near-ubiquitous tablet some room to grow on its own, outside the shadow of the iPhone.

While Catalina may not fundamentally change the way you work on your computer right now, it lays the groundwork for some big changes down the road and blurs the line between iPad and computer even more. Here are some things to look for when you update your Mac.

Generally, we advocate keeping your software up to date whenever possible, but these big OS version updates are slightly more complicated. Perhaps most notably, 32-bit apps won’t work in Catalina, so if you’re using an older piece of software that hasn’t updated to 64-bit yet, you might find yourself stuck. If you’re not sure what that means, you can actually see how it will specifically affect you by generating a simple report.

Go to the “About This Mac” menu by clicking the apple in the top bar. On the next screen, click “System Report…” and find the “Applications” option in the menu running down the left side of the screen. It will list your apps and their details. If you can’t see the column labeled “64 bit,” drag to enlarge the window until it’s on the screen. Any app with a “No” in that column won’t work with macOS Catalina.

It’s also possible that issues could pop up with the new version of the software in the coming days. It gets a ton of testing before it rolls out, but millions and millions of new users on a release like this can point out issues that no one had previously noticed.

If you’re experiencing a specific issue, however, like iCloud’s inability to sync your reminders, it’s probably worth taking the leap. We haven’t heard of any deal breaker issues so far, and it will likely get that feature working again.

If you’re fully committed to Apple hardware and use both a Mac and an iPad, the two devices finally work together the way you’d hope. The iPad will now work as a second display for a compatible mac, which means you can use it like a drawing tablet in full-fledged creative apps like Adobe Illustrator, which isn’t available natively on the iPad.

Sidecar is simple to setup since you control it primarily through the AirPlay controls along the top bar in macOS. The screen works pretty much as you’d expect any touch-enabled external display to. You don’t get access to the iPad’s gestures or other iPad features because you’re essentially bypassing the iPad’s own software and using the hardware as an extension of your computer.

There are some drawbacks. The process does require some heavy computational lifting, so you’ll need a recent Mac and iPad to make it work. You can connect via a wire (as you’d typically plug in your iPad), or use the wireless connection, which is good up to a distance of 10 meters, but isn’t as reliable as a wire.

If you’re looking for iTunes after the update, you’re out of luck. Apple has broken up the most popular pieces of its massive media app into three individual pieces of software. Podcasts, Music, and TV indicate fairly clearly what they’re meant to accomplish. With iTunes gone, the whole experience feels much more consistent with the mobile OS experience (for reasons we’ll get into in a moment).

The apps themselves are good, but take a little getting used to. Podcasts keeps things organized in a familiar way, but it can feel a little sluggish. Music is similarly slick. If you still feel compelled to go into the iTunes store and buy music to own, Apple really asks you to work for it. You’ll have to go into your menus and check a box in the settings to enable the iTunes store before it even shows up in the Music app. It’s turned off by default. If you have an Apple TV, the TV should feel plenty familiar as it works similarly.

The iTunes replacement apps aren’t the only place in which Catalina feels like an iPad. Catalyst, which the company announced back at WWDC, gives developers a way to easily port iPad apps to macOS. The feature is rolling out with a number of partners, including Twitter, which offers a stand-alone app that works exactly like its mobile app now. It’s going to be a while before we can really tell how well this new software workflow works out across the board. But, expect to see more iPad apps showing up on the Mac in the near future.

Right now, Apple doesn’t expect most people to navigate their computers using exclusively voice commands, but it’s a critical accessibility feature. Apple has revamped its voice control system to make even complex actions possible with natural speech commands. When viewing a website in Safari, Catalina’s voice control tech adds numbers to each clickable item on the page so people can simply tell the machine where to click. Calling up a grid splits the screen into equal, numbered pieces so users can easily zoom in and out on specific parts of the screen, even when they aren’t explicitly clickable.

Previously, Apple offered users the ability to track how much time they spent using their iPhones and allowed them to set limits in order to try and keep habits from getting out of hand. Now, the company has expanded that tracking capability to the Mac. If you spend most of your day using a computer, it’s a great way to look at horrifying stats about your computer usage and then continue to do exactly what you’ve been doing because it’s your job and you can’t really change it. Between iOS and macOS now, however, you can get a complete picture of how much time you spend pointing your eyes at a digital display.