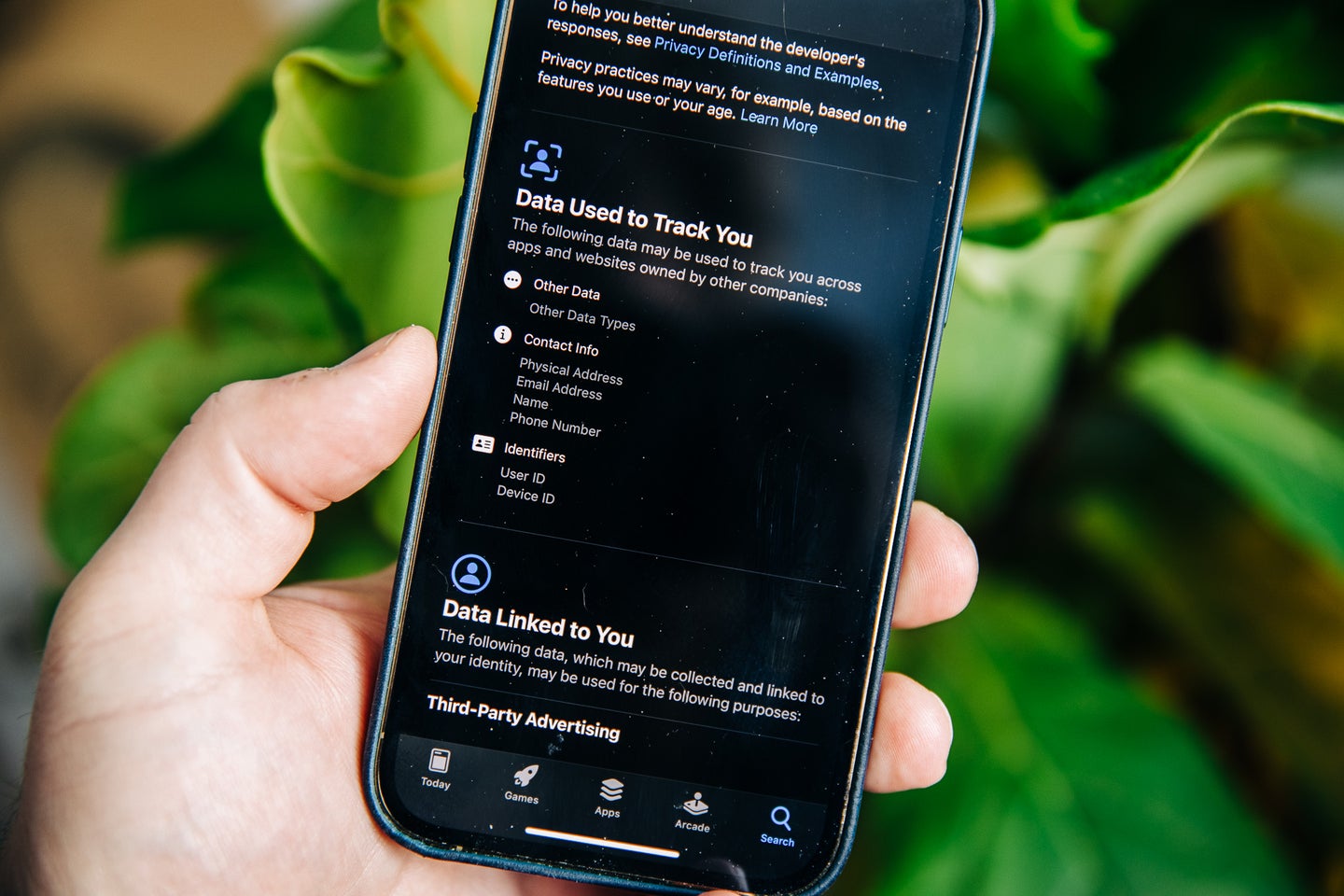 The App Store now gives users a look at how different apps will track them. Stan Horaczke
SHARE

Earlier this year at its annual Worldwide Developers Conference, Apple announced that it was planning to add privacy labels to apps in its App Store. Developers had until earlier this month to provide Apple with information about what kind of tracking the software would do once users download and start using it. Now, with the release of iOS 14.3, those labels have started rolling out—and they may shed some interesting light on how some of your favorite apps keep tabs on what you do.

The labels aren’t specific to the iOS store. They’re in place on every platform, including macOS, tvOS, and watchOS. To view them, visit an app page and scroll down to the section labeled App Privacy.

In the labels, Apple provides information on three different types of data collection, as well as what the company plans to do with that info once it’s collected.

Data used to track you: This is the information the app collects in order to monitor what you do outside of the app itself. Facebook, for instance, uses your user ID and device ID in order to keep track of some activities you perform on your device, even outside the confines of Facebook itself. This applies to a user ID or a device ID and allows companies to build more complete profiles of you.

Data linked to you: This is likely where you’ll find the most entries, because it’s a large part of what allows apps and companies to target you with advertising. If you’ve ever searched for “gloves” on your phone and gotten bombarded with advertisements for gloves online, this kind of tracking is why. You’ll see terms like “Third-Party Advertising,” and “Developer’s Advertising or Marketing,” which are specific to commerce. You’ll also find terms like “Analytics,” and “Product Personalization,” which are more about tweaking the app’s functionality to your specific usage.

When you see these privacy notifications pop up in the App Store, it’s important to remember that these practices aren’t new. It can be sobering to scroll through the massive list of things Facebook tracks when you download the app, but it has been that way for quite some time. The labels are just making users slightly more aware of it.

In addition to the disclosure about the tracking, Apple also requires that developers understand and clarify their intentions for that information. So, if an app is collecting data that sells personal information to data brokers, developers need to know that and include it in the information.

For now, Apple isn’t removing older apps that haven’t provided this kind of privacy info from the App Store, but the software won’t be able to offer updated versions without providing it.

In 2021, developers will have to explicitly ask iOS users to opt in for data-gathering processes. The feature was supposed to go live with iOS 14 earlier this year, but Apple delayed the implementation to give developers more time to prepare. Facebook has already responded to the impending feature with a full-page national newspaper ads claiming small businesses will suffer since they often use Facebook’s targeted advertising platform.