Everything you need to know about Apple Card, News+, TV+, and Games+

Rumor has it the company is working on news, music, and video streaming offersings 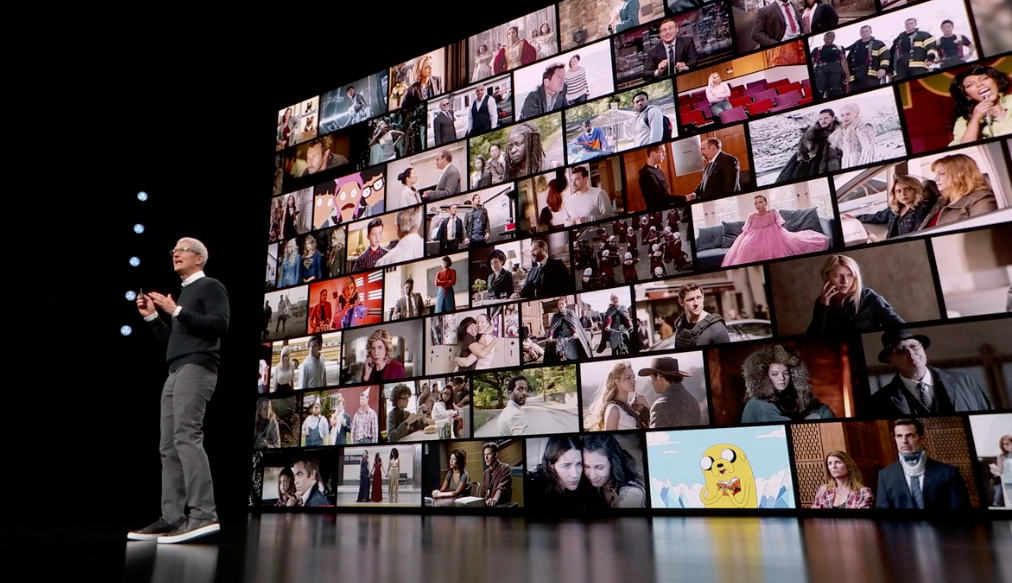 Last week, Apple announced a bunch of new hardware with almost no fanfare. This week, however, the company is throwing a big announcement event to show off some new stuff. All signs point to new video, music, and news subscription offerings, but we won’t know until Tim Cook and company officially make their announcements. You can watch the live stream here or follow along with this post for everything you need to know!

Tim Cook starts the presentation by trying to remind people about all the services Apple already offers. He mentions that all Apple services are designed for security, which gets applause from the audience. The first new service on the docket is Apple News.

Hard to believe that Apple News has been around in its current form for three years. Apple News is now the number one news app in the world, which makes sense since it’s baked into the iPhone. It’s like the Yahoo! homepage of old.

Apple News+ is the upgraded version of the service and it will include magazine content as well as the typical online news stories. The deal will cover 300 different magazine titles. The experience seems a lot like what Apple originally did back in 2010. You can scroll down through a story and then swipe through individual articles. The hub will recommend other magazines for you to read.

It adds things like “Live Covers” which have motion in addition to the static cover.

Apple calls News+ the best mobile magazine experience ever. You also get premium digital subscriptions for your money, as well as a newspaper subscriptions to the LA Times and the Wall Street Journal.

Apple says it doesn’t know what you read and it also won’t allow advertisers to track you. That means it’s going to have to make its money from subscribers and publishers.

The service will only cost $10 and it will work with family sharing. That’s cheap. And if Apple isn’t tracking you to sell ads, then it will be interesting to see what that means for publishers. It’s available today if you download the latest iOS and MacOS update.

Switching away from news, Apple is talking about its mobile payment platform. It will soon come to Portland, Chicago, and NYC for transit.

The Apple credit card is real now. The card is designed specifically for use on the iPhone and you can use it within minutes of signing up.

Apple Card will use machine learning and maps history to decode entries on your credit card statements. So, if you paid for parking at a train station and it would normally show up as a cryptic address or business name abbreviation, Apple will figure it out.

The new Apple Card has a reward system called Daily Cash. “Every time you pay with your iPhone or Apple Watch, you get 2 percent of the amount in Daily Cash.”

The card won’t have late fees or international fees. The company partnered with Goldman Sachs and Mastercard.

If you use the physical card, you only get 1 percent Apple Cash, which nudges people to want to use the virtual card on the phone.

The whole Apple Card system is coming this summer.

More than a half billion people each week visit the App Store and games make up the most popular category. iOS is now technically the largest gaming platform in the world. More than a billion people have downloaded games from the App Store. There are currently 300,000 or so games on the platform, which is fewer than I would have expected.

Arcade is a gaming subscription service that works across devices, including iOS and MacOS devices.

Apple now wants you to watch all of your TV from within the Apple TV app. The idea is to let you pick your own channels and pay specifically for what you want. It’s basically an app update that works across platforms. The app will work on the Mac this fall (presumably with the next version of the OS).

Maybe the biggest news is that the app will be on smart TVs from LG, Samsung, Sony, and Vizio. It will also make its way to Amazon’s Fire TV devices and Rokus as well. It’s going to be everywhere.

The presentation for TV+ is all about movies. We’re watching a video with a bunch of mega-famous people. Apple is making original content with big names like Jennifer Anniston and Steve Carrell.

The service itself will have more than 100 originals and everything will be downloadable for offline watching. It’s coming in the fall and we don’t know how much it will cost just yet.