The truth behind 8 common misconceptions about drugs

Your spine doesn't store LSD, and MDMA doesn’t put holes in your brain. 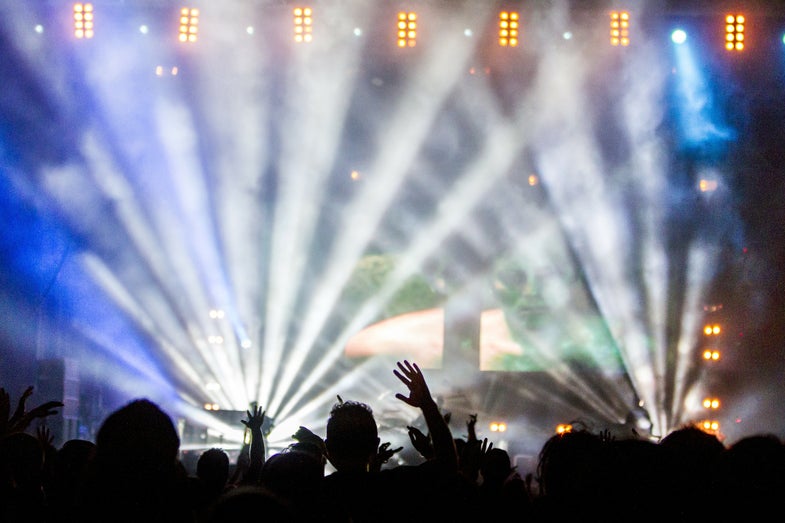 Drugs, especially illegal ones, are notorious for their misinformation. Without a reliable knowledge base, users—from recreational ones to addicts—often rely on friends, online forums, and other untrustworthy information sources.

As such, misconceptions about these substances permeate the internet. We rounded up some of the more common ones and answered them with something more than rumors: we garnered assistance from Wilson Compton, the deputy director of the National Institute on Drug Abuse. Here’s what we found.

Smoking heroin is better for you than injecting it

Technically, by smoking the drug you avoid the potential disease risks that come with sharing needles. But this myth has less to do with inadvertent disease acquisition and more to do with the posit that smoking heroin is somehow less addictive or harmful to the body than injecting it because the drug doesn’t go straight into your veins. And that’s just not true.

“The harms associated with chasing the dragon [the slang term for smoking heroin] are very similar to injection in terms of people organizing their lives around the drug, impairing their work and their interactions with others,” Compton says. “Those are all the same and those are the harms that most of us are particularly concerned with.” He notes that in terms of physical risks, you do have less transmission of infectious diseases with a pipe than a needle, but that that’s only one of the concerns.

Inhaling heroin might feel like it’s less immediate or intense because it seems less direct—you’re inhaling fumes rather than sticking the heroin straight into your bloodstream. But Comptons says that’s not the case. “Inhaling might even be faster because our lungs have a huge surface area,” he explains. “At the very least it’s a toss up. People think injection is faster, but our lungs are extremely efficient drug delivery systems.”

MDMA puts holes in your brain

This one seems to have come from a study that associated MCPP, a related but significantly different compound from MDMA, with a Parkinson’s-like syndrome. Compton explains that the MCPP caused structural damage to the dopamine system, and that while there are MDMA-related compounds that can cause serious changes to your brain, there are “no significant direct brain structural changes” that scientists have associated with MDMA itself. Certainly under the influence of MDMA there’s a flood of serotonin, but researchers haven’t found changes to the structure of serotonin systems in MDMA users.

Your fat cells store LSD and THC, then release them when you exercise

Both compounds are fat soluble, but Compton says that “in terms of a release in significant quantities, that would be a myth.” It’s definitely not enough for you to feel high. But that’s not to say that marijuana (whose psychoactive ingredient is THC) isn’t still in your system for a long time. “For people that use marijuana regularly and heavily, it will be detectable for weeks,” says Compton. “There are impairments in driving performance for weeks after someone stops using it.” Many people aren’t aware of how long it takes to truly clear the blood of all THC, and even small amounts affect your driving.

As for LSD, that has more to do with the next misconception…

Your spinal column stores LSD and psilocybin, which reactivate when you crack your back

Compton says this one doesn’t sound likely, but that “certainly there’s been this issue of long term flashbacks from LSD that people re-experience months or years later.” He says no one is quiet sure whether this is a true drug experience, meaning it’s actually the active ingredient exerting some kind of effect on the brain, or whether it’s a memory. We can truly relive our memories, and if someone subconsciously reminds us of a psychedelic trip we may feel as if we’re momentarily high.

No one has been able to prove that these flashbacks are drug experiences are the result of the stored drug reactivating in your body, but as far as we know none of the psychoactive compounds in LSD, magic mushrooms, or cannabis can be stored long-term only to re-emerge.

PCP is an embalming fluid

This seems to be just a fundamental misunderstanding of both chemicals. PCP is an abbreviation for phencyclidine, which comes in both powder and liquid forms. Embalming fluid is usually a mixture of formaldehyde, methanol, glutaraldehyde, and other chemicals that help preserve human bodies for a short period of time. Sometimes people use the term “embalming fluid” as a street term for PCP, but they are most certainly not the same thing. True embalming fluid can kill you if injected or smoked. All of the chemicals in it are toxic and you should not put them in your body.

Incidentally, PCP itself is not terribly safe to be putting in your body—it can cause temporary psychosis, violent outbursts, dissociation from your body, convulsions, paranoia, suicidal impulses, and hallucinations, among other things—but that’s an issue for another time.

Bath salts can turn you into a cannibal

Though true cannibalism sounds unlikely to Compton, he says that temporary psychosis isn’t as far-fetched as it sounds. Bath salts, which have nothing to do with baths or salts, are stimulants and hallucinogens, which he says can combine to produce psychotic symptoms. The term is also not well-defined. Bath salts can be a variety of mixtures of synthetic chemicals and so can have unpredictable effects. But cannibalism? “That’s a severe exaggeration,” Compton says.

Compton says this is one of the top misconceptions he comes across. “Just like with many other substances, many people use them and don’t become addicted,” he explains, “But it’s estimated that one in 10 or 11 people that use marijuana will develop a regular habit.” Many people think of addicts as people who are obviously physically addicted to the effects of a drug, but a “regular habit” can also mean someone who starts organizing their life around the drug. If you continue smoking cannabis even though it’s causing problems in your life, especially if you want to stop and can’t seem to kick the habit, that’s an addiction.

Lots of people drink alcohol and never have a problem, Compton explains. They can have two drinks at a party and not feel compelled to have another for weeks. But some people end up wanting to drink most nights. Even if it just feels like having fun with friends regularly, if it becomes a situation where you can’t not drink, or you start planning to always be at the bar because you want something alcoholic, that becomes a regular habit. That’s problematic. The same goes for marijuana. Plenty of folks use it for legitimate reasons, like chronic pain, or only smoke recreationally and never feel compelled to keep going. But that doesn’t mean it’s not addictive for others .

Prescription drugs must be safe

This is the other myth that Compton gets a lot. “It couldn’t be further from the truth,” he says. “There’s a reason they require a prescription.” They may be safe and effective for the person they’re prescribed to, but they can be extremely dangerous to others. Plus, he notes, there are an awful lot of counterfeit drugs that look like prescription pills but actually contain other, toxic chemicals. Without testing it in a lab, you’ll never know the difference until you pop the pill and have a problem.

Even if you’re taking a legitimately prescribed pill, you can still be in danger. More than 40 percent of the opioid deaths in the U.S. involved a prescription. Just because a doctor signed a pad of paper doesn’t make it safe.

So be careful getting your information. Drugs, both prescription and illegal, can be dangerous. Don’t believe everything you hear, and be careful out there.