After English King Richard III fell at the Battle of Bosworth in 1485 (his death was not a pleasant one) the exact location of his final resting place was lost to history. Then, two years ago, archaeologists found a skeleton that resembled Richard’s description under a parking lot. Preliminary reports on DNA provided further evidence that this was the king, but the official findings of the researchers involved in the identification had not been published before today.

In a paper published in the journal Nature Communications, a team of researchers led by Turi King and Kevin Schürer announced that they had officially made a positive identification of Richard III. In order to prove that the skeleton was, in fact, Richard III, King and Schürer used all the tools at their disposal — from genetics to historical research.

The biggest piece of evidence was mitochondrial DNA. Passed down through female relatives of Richard III (he had no direct descendants), a match was found between not one, but two known descendants of Richard’s relatives and the skeleton. The descendants, Wendy Duldig and Michael Ibsen, aren’t exactly close relatives. They are 14th cousins twice removed, and their last common ancestor lived in the first part of the 16th century. Nonetheless, both met the criteria of having one unbroken female line of ancestors between each of them and Anne of York, Richard’s oldest sister. 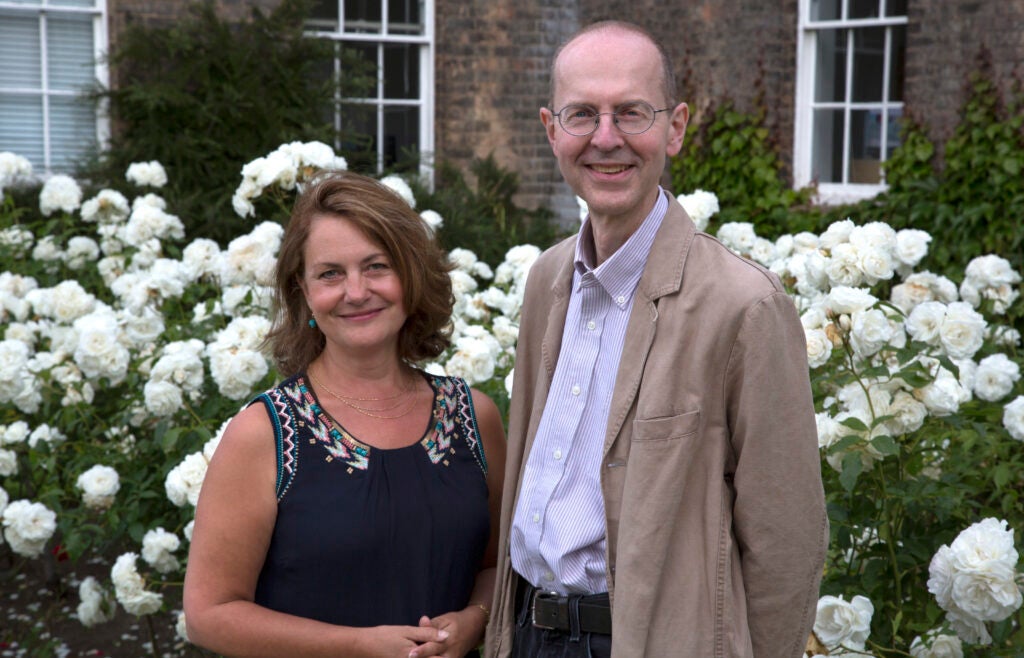 In addition to the genetic data, there’s the location of the remains. The parking lot in Leicester was excavated in 2012, because researchers believed it was the spot where the Greyfriars Church used to be–supposedly the last resting place of Richard III. The king’s body was reportedly carried there after he was killed at the nearby Battle of Bosworth. Additionally, the remains themselves show a slight curvature to the spine, which could have given the individual one shoulder that was higher than the other–physical features that were exaggerated into a hunchback by Shakespeare, who immortalized the king as “that bottled spider, that foul bunch-back’d toad” in his play, Richard III.

The mitochondrial DNA match was a huge piece of the puzzle, but just to make absolutely sure they had the right guy, the researchers covered their historical bases. Mitochondrial DNA could have been shared by other relatives of Richard who were alive at the same time he was. To eliminate the possibility of a contemporaneous body double with similar genetics, Schürer combed through the history books and genealogies tracking down any relatives of Richard’s who were around the same age and who might have been at the Battle of Bosworth. Of the 82 candidates, most were already dead by the time of the battle or died at a later date. Only one, Robert Eure, was unaccounted for, and records show that he was a Knight of the Order of St. John of Jerusalem, so he was likely overseas when the battle of Bosworth took place.

While the mitochondrial DNA and historical research show that Richard III was Richard III, one line of inquiry didn’t pan out for the researchers. They also tried to get confirmation of Richard’s identity through DNA passed down through the male line. Unfortunately, they discovered that there was at least one place along the line that had broken. That means at least one person along the family tree had a biological father that was different from the father written down on his or her birth certificate. So in addition to positively identifying the remains of Richard (even without the Y chromosome match, the researchers are 99.999 percent sure that it’s him) the researchers uncovered some particularly juicy family secrets.

The DNA from Richard III’s remains also gives us a better picture of what he looked like. None of the portraits painted of Richard III while he was alive survived to the present, and only a few were painted in the early 1500s after his death. DNA evidence shows that one of them, from the Society of Antiquaries of London, is more accurate, correctly depicting his blue eyes and lighter hair color.

Richard III’s remains are expected to reach their next resting place in March, when the monarch will be reinterred in Leicester Cathedral. For more information, watch a video of King and Schürer discussing their conclusions: