After being lost for centuries, a rare library of papyrus scrolls might get to be read 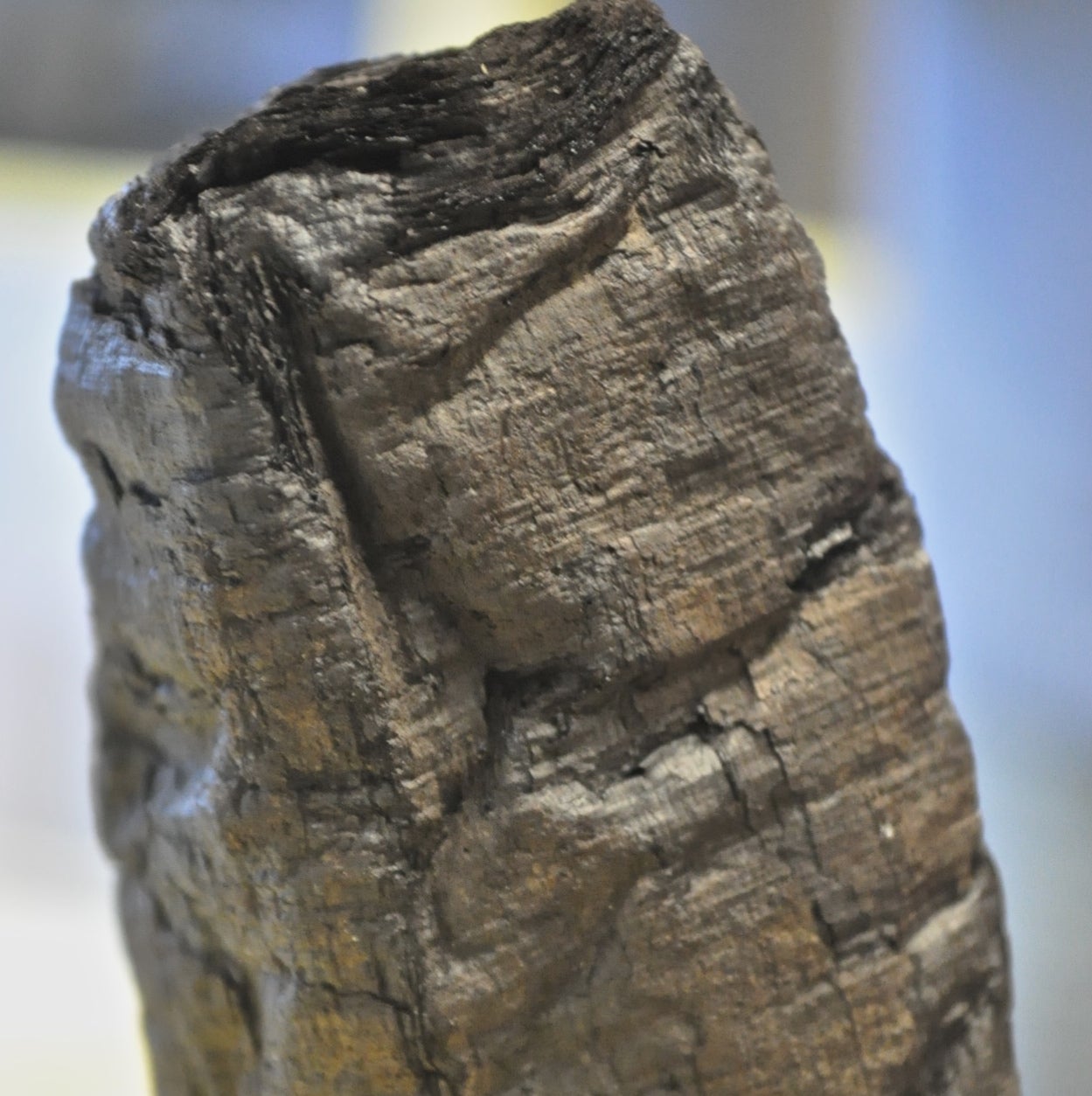 Sometimes, it takes a massive volcanic eruption to keep a library intact. When the ancient Roman towns of Herculaneum and Pompeii met their fiery ends at the hands of Mount Vesuvius, the vast quantities of ash and other materials ejected from the volcano preserved nearly everything in the towns for over a millennium. People were instantly killed by the searing heat, their last moments preserved in ash that coated their bodies. Lewd graffiti remained on buildings, bread remained uneaten and in Herculaneum, an entire library of papyrus scrolls was preserved.

A library kept intact is an extraordinarily unusual find. Books and scrolls are fragile, and if some manage to survive the ravages of time, it is usually because individuals moved them from the protective enclosure of one library to another. Finding written words in a collection as it was nearly 2,000 years ago is incredible.

The only problem? These scrolls aren’t exactly easy to read. The library was uncovered in 1752 by early archeologists, who found hundreds of charred scrolls like the one pictured above. When Vesuvius erupted in 79 AD, the same wave of superheated volcanic material that buried the town also charred the scrolls. Over the past 250 years, many people have tried different methods for reading the handwritten texts, including picking the scrolls apart or trying to unroll the charred papyrus. However, these deciphering techniques often end up destroying the scrolls, ultimately. Back in the 1980s archeologists decided they wouldn’t attempt to use any other physical methods for trying to read the scrolls, in the hopes that a future generation might figure out how to read them without obliterating the artifacts. They focused instead on trying to read the papyrus scrolls that had already been unrolled.

And it looks like those archeologists were wise to wait. Today, scientists announced in the journal Nature Communications that they had finally figured out a way to isolate letters of the text without unrolling the scrolls. Using a technique called X-ray phase-contrast tomography (XPCT), the researchers, led by Vito Mocella, were able to scan both an unrolled fragment and a still-intact scroll (previously given to Napoleon Bonaparte as a gift), as well as look for how the X-ray propagated through the sample. Unlike a typical X-ray scan that you might get at the doctor’s office, in which your bones show up bright and clear and your muscles are almost invisible, the XPCT scan looks for far more subtle differences between materials that are almost the same.

The ink used on the papyrus scrolls was made of charcoal, which isn’t that different in composition from the now-singed papyrus. Luckily, the ink didn’t seep into the surface of the papyrus, but rather sat on top of it. It was this difference in height that the XPCT method was able to look for, with the letters literally standing out from the page at a whopping 100 microns (0.1 mm)–a large enough distance that the scan was able to see the letters well enough to decipher them. 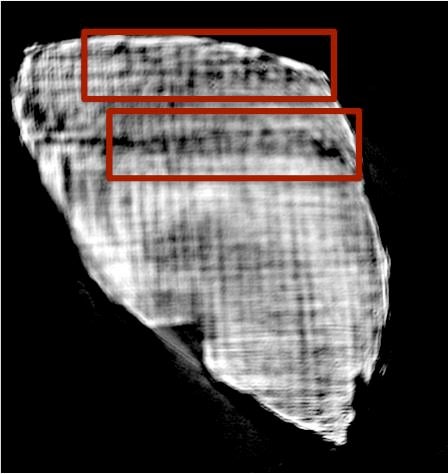 Two words that the team was able to isolate. From the caption provided: “In the top the sequence of Greek capital letters spells PIPTOIE (pi-iota-pi-tau- omicron-iota-epsilon); in the bottom the letter sequence of the next line, EIPOI (epsilon-iota-pi-omicron-iota)”

Using this technique, the researchers managed to put together an alphabet of letters, and identified the writer of the scroll as the philosopher Philodemus, who was the author of another scroll that had already been unwrapped years earlier.

The scientists hope that their method could be used to read some of the still-wrapped scrolls in the library, and potentially even another library that they speculate might still remain un-excavated on a lower level of the villa where the first library was found. To see more about the techniques (and watch footage of Vesuvius erupting in 1911) check out the movie below.