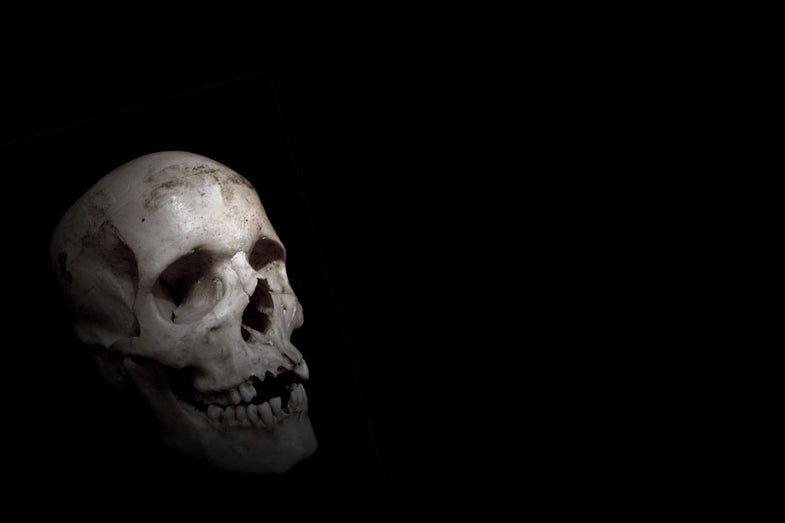 What do Henry VIII, George R.R. Martin, the Red Queen, and people who lived in South America 9,000 years ago all have in common? Big fans of decapitation. For history buffs and literature lovers, those first three are no surprise, but the discovery of a decapitated head in a South American grave was a bit of a shock, mostly due to its extreme age.

In a study published today in PLOS One, researchers announced the discovery of the oldest known decapitation in the Americas. Found in the lowlands of Brazil at a site called Lapa do Santo, the body belonged to someone who lived more than 9,000 years ago.

While older decapitations have been unearthed in other areas of the world, this is the oldest found in the Americas, and it was discovered in a pretty unusual place. Plenty of decapitated remains were unearthed in excavations of sites in or near the Andes mountains, where heads were taken as trophies or lopped off as a part of sacrificial rituals, but those date to only a few thousand years ago (and in some cases within the past 1000 years). But this find beats all of the other potential decapitations in South America by roughly 4,500 years, and outpaces the oldest known decapitation in North America by a millennium.

The decapitated body was part of a period of burial traditions that took place at the site between 9,600 and 9,400 years ago, which archaeologists call Lapa do Santo Mortuary Pattern 2 (LSMP2). Lapa do Santo Mortuary Pattern 1, which took place right before LSMP2, was what we would consider fairly normal burials. People died, they got buried in the ground and covered with a limestone block. Not all that different from what people do in cemeteries today.

Then, things started getting a little…weird. The authors write that LSMP2 “was characterized by an emphasis on the reduction of the body by means of mutilation, defleshing, tooth removal and exposure to fire followed by the secondary burial of the remains…” You know, the usual. The authors speculate that instead of burying precious items with the deceased, or building them tombs (think Egypt’s pyramids), this ritual was used to place additional importance on burials.

Apparently, this decapitation was part of that same group. But unlike other decapitations that happened later in South America, it doesn’t seem to be a trophy. The body appears to belong to a man who lived in the area, though how he died remains a mystery. His skull and hands were buried under a limestone slab, with his hands pointing in opposite directions over his face.

The discovery of a ritually decapitated head in such an unexpected area opens up a new area of inquiry for archaeologists in South America–including whether or not this was an isolated incident or part of a broader (and as-yet unexplored) pattern of mortuary practice.