The Science And Engineering Of Macy’s Thanksgiving Day Balloons

28: The number of full-time employees it takes to make and maintain the balloons for their one day in the sun 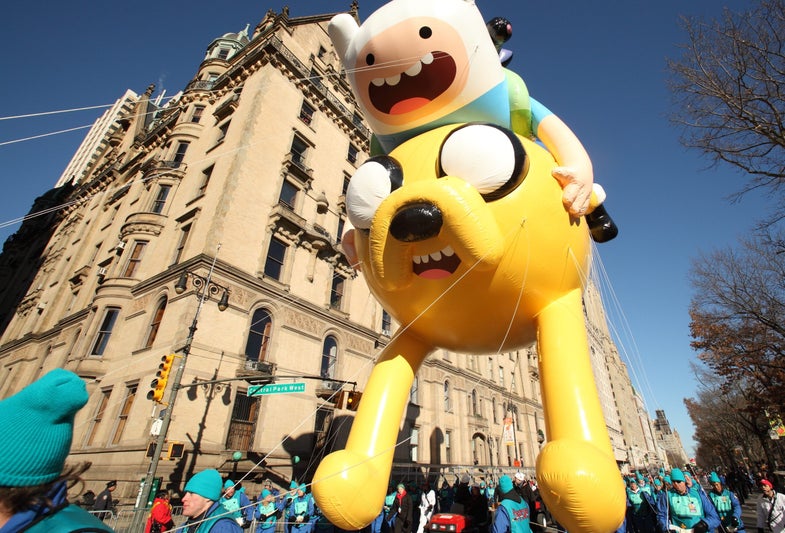 They’re cute and fat and take real engineering to get up into the air. I’m talking about the iconic balloons in Macy’s Thanksgiving Day Parade, which starts at 9:00 a.m. ET Thursday.

Just one group of 28 full-time workers, the Macy’s Parade Studio in New Jersey, conceives of, makes, and maintains all of the parade’s balloons. This week, the American Chemistry Council reported on some of the engineering—and the elbow grease—that goes into lofting the giant inflatables. Some highlights:

Back in 2011, Science Friday visited the warehouse in New Jersey where Macy’s balloons are made. Science Friday also explained some of the math behind lofting giant balloons. Have a look: