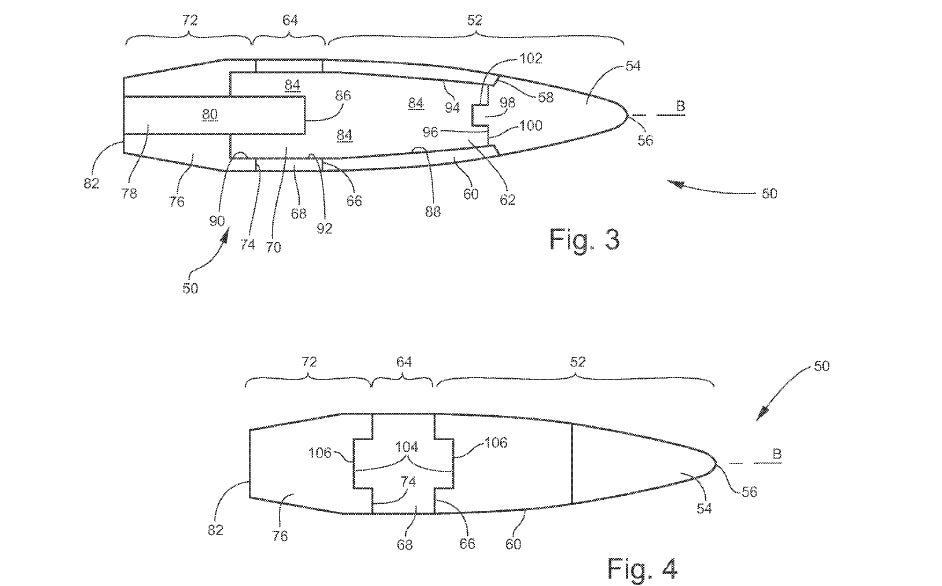 When fired, the path of a .50 caliber bullet is the shortest and deadliest line between two points. For the soldier firing the weapon on the battlefield, this is generally good news. Yet as battles move into cities, bullets that go farther than necessary can injure and kill innocent bystanders just as easily as foes. Perhaps that’s why researchers have just patented a bullet with a limited range.

This isn’t science fiction, though it is something science fiction has explored. The patent was developed by employees of the U.S. Army Armament Research, Development and Engineering Center. These “Limited Range Projectiles” could be useful for three very different groups of gun users. The first are people who practice shooting at firing ranges. For safety, firing ranges need to be built large, which limits where they can be built. Limited-range bullets would mean fewer limitations on firing ranges.

Police and troops in combat (as well as the civilians around them) are the other large groups that stand to benefit. Bullets, especially pistol bullets, are only accurate at short distances, but the kinetic force that propels them out of the gun’s barrel is enough to carry them much, much farther. This is why it’s important to stay inside during gunfights on the street, preferably behind a couple of walls.

Limiting the range of bullets to protect bystanders (while making them still work, as, you know, bullets) is not new. The patent authors note that adding fins to the ends of projectiles or altering the shape of the front of the bullet can hinder the range, but they also note that, when it comes to reducing the range of .50 caliber bullets, such modifications can reduce the existing range to just over 2 miles. Since machine guns using .50 cal bullets aren’t usually fired at targets more than a mile away, they’d need to do something different to limit the range for urban firefights.

The key is pyrotechnics. Here’s how the patent authors describe it:

Essentially, when the bullet is fired, something inside the bullet ignites, and then burns for the amount of time needed to travel a desired distance, and then the bullet turns to garbage and falls to the ground. Rather than having troops calibrate individual bullets in battle, they could get specific rounds designed with this patent that fire for only a few thousand feet, or ones that only go for 500 feet. Until that range, the bullets would work like bullets. Then, once they’ve gone too far, they’d stop being bullets, and fall harmlessly to the ground.

Should bullets like this ever be made, it’ll be great news for soldiers and police. It’ll be even better news for everyone else around them.