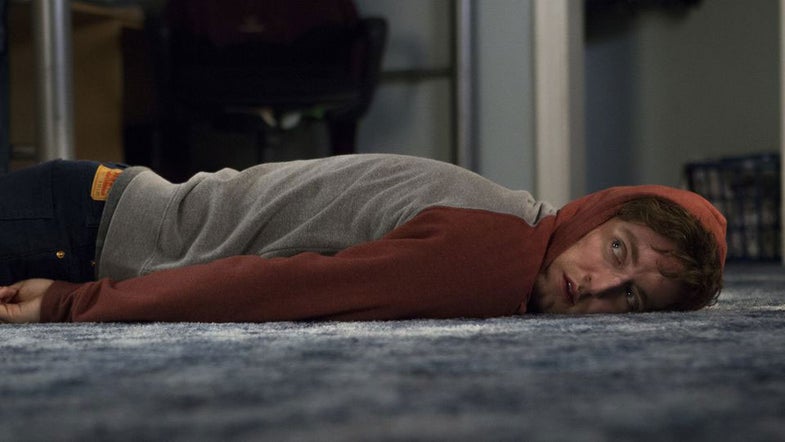 It wasn’t long after HBO greenlit Silicon Valley, Mike Judge’s comedy about the day-to-day travails of the fictional startup Pied Piper, in late 2012, that Jonathan Dotan realized the actual Valley would be slow to embrace the show. “We had to work very hard to get people to even return our phones calls,” says Dotan, who functions as the show’s lead technical consultant. “Everyone in the Valley was skeptical we would get this thing right.”

By the end of the first season, though, perceptions had slowly begun the change. “We had established relationships,” explains Dotan, “and the doors were open. We just had to walk through them.” Part of that attitudinal shift was due less to the fluctuating success of Richard Hendricks (Thomas Middleditch), the show’s sui generis engineer, Erlich Bachman (TJ Miller), and the rest of the Pied Piper cast, and more on the start-up’s actual premise — changing people’s interaction with data by vastly improving the speed at which files (both large and small) can be downloaded and transferred faster.

“When Mike selected compression, which is a niche area of computer science, as Pied Piper’s tech, none of us thought of compression as the gift that would keep on giving,” says Dotan. “If Pied Piper was a dating app, it’d be hard to believe that Raviga Capital [which funds the company] would care this much. The show would fall in on itself. But compression is a fundamental technology — it truly could be this billion-dollar proposition.”

Since pop culture now exists within the fact-checking sphere of DVR and Reddit, though, Dotan, Judge, and Alec Berg, the show’s co-creator, had to prepare for actual tech workers to heavily scrutinize any code, post-its, or formulas that the show filmed. “We realized we had to treat Pied Piper like it was an actual start-up, and recruit people who were domain experts in compression,” says Dotan.

For the show’s third season, which debuted last Sunday night, Silicon Valley consulted with more than 250 people, which represents the most research that the comedy has conducted. This is on top of what Dotan calls the show’s “dream team” — a group of folks who work at Facebook, Google, Dropbox, IBM, and Amazon who help the writing room understand the stakes of compression.

“Some of them individually were responsible for compressing the Internet between three to five percent in one year,” Dotan gushes.

The newly premiered Season Three, then, represented a series of volleys back and forth between the Judge, Berg, and the writers with Dotan and his consultants. “Pied Piper represents the ultimate compression platform,” he says. “It is truly the most cutting-edge on the market.” The tech had to reflect that supremacy. “We made sure the technical plotlines continued from episode to episode,” says Dotan, “which means every diagram was vetted and improved by the technical team.”

For example, the data center Gilfoyle (Martin Starr) built in Erlich’s house shared traits with Nest’s data center, and the infrastructure of Dropbox.

Another of Pied Piper’s hallmarks is the peer-to-peer distribution that Carla (portrayed by Alice Wetterlund) engineered when she was hired by the company midway through the second season. The tech behind the system means that the data center hosts the manifests for the seeds, which allows for the system to scale as more peers join the platform.

All of those additional participants offload the bandwidth and distribution requirement. That function, though, was introduced to the show by Colleen Kelly Henry, who works as a “cobra commander of Facebook video special forces” (according to her Linkedin profile).

While at Facebook, she had discovered that if Pied Piper used graphics processing units, or GPUs, the tech would move much faster.

She also contributed what became known as the “Carla spec” — by using VP9 compression with peer-to-peer streaming through webRTC, it was possible for Pied Piper to quickly scale its live streaming (which became a meme in the Philippines). The spec led to a conversation amongst the “dream team”, centered around the premise: ‘We know this is possible, but nobody has done it yet. Should it be done?’ A few of Henry’s “teammates” were Google employees responsible for the company’s VP9 open source video codec, and Silicon Valley was a catalyst for Google to fast-track this ability (which was introduced in March 2015, a few weeks before the second season began to air).

“We didn’t pressure Google, but that episode was definitely a catalyst,” says Dotan.

He continues, “It would be impossible to make this show believable without both the dream team and Mike and Alec. The latter humanizes the characters, and the former wouldn’t exist in any other circumstance. Professionally, they are rivals who are working together. It’s uncanny how closely the show mirrors reality.”