On the origin of ice trays

That cube in your cocktail is a product of evolution. 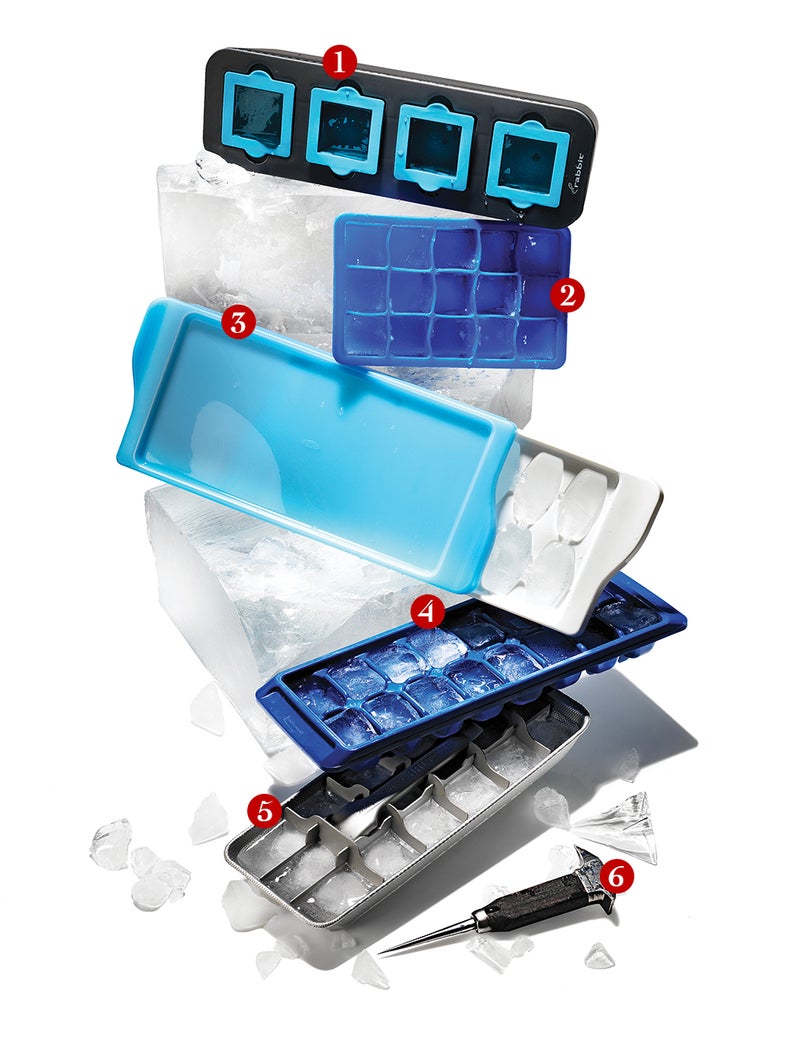 The original drink chillers came from frozen lakes, harvested and delivered to families whose offspring would someday mold it into tiny dinosaurs. Here are the highlights of its trip:

Transparent ice takes time. You either carve the clear center of a huge block or use insulation to slowly solidify so the water comes out crystal.

Slick silicone has a low coefficient of friction and a pliable nature. Both let you create otherwise impossible-to-release shapes with ease.

Modern plastics don’t crack as easily as the old stuff, but the genius award goes to lidded trays: You can stack them before the water sets.

With the advent of refrigeration, you could freeze your own ice in aluminum trays; the metal warmed as it left the freezer, releasing cubes easily.

Antique solid water came as giant blocks to chill your insulated icebox. For a frosty sarsaparilla, you’d chip the ol’ block with a sharp pick.