What to expect from the 2019 hurricane season

El Niño conditions could cancel out the effects of a warming Atlantic. 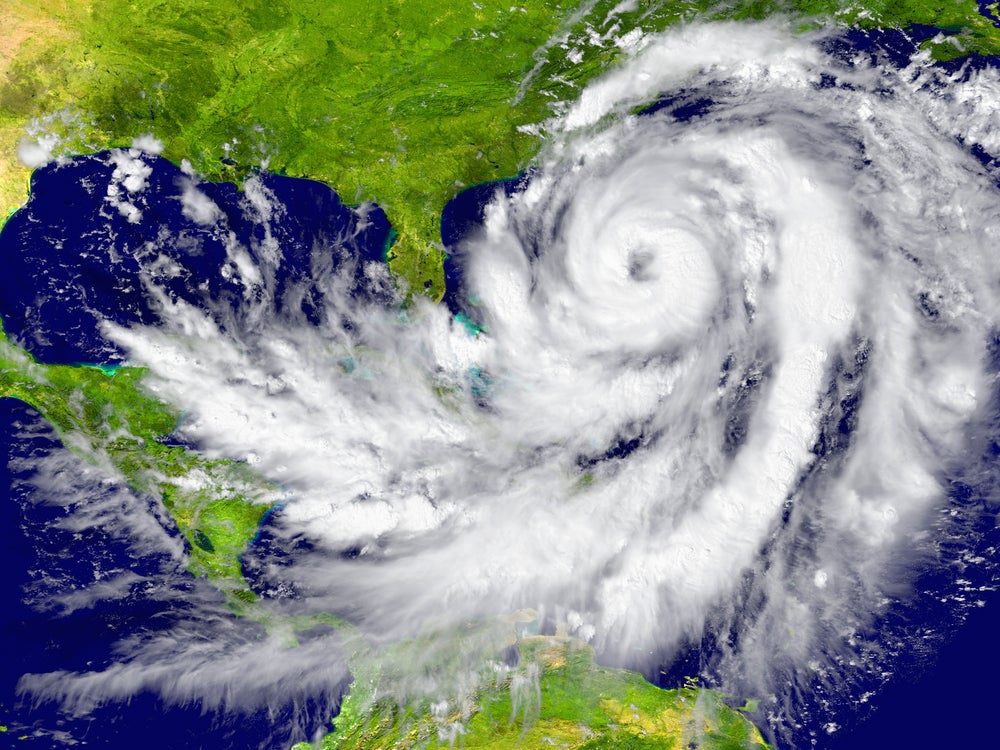 Huge hurricane between Florida and Cuba. Elements of this image furnished by NASA.
SHARE

Compared to last year’s devastating Atlantic hurricane season, it seems this year’s will be a bit of a reprieve. According to the Weather Company’s forecast, released Monday, we’ll have a “slightly less active” Atlantic hurricane season than in 2018. But even this less active season can produce powerful tempests: We’re in store for a projected 14 named storms, including seven hurricanes, of which three are major hurricanes (category 3 to 5). The season starts June 1 and continues until Nov. 30, although tropical storms occasionally strike outside that period.

This year’s forecast is around normal, based on records dating back about 70 years, says Todd Crawford, chief meteorologist at the Weather Company. According to the National Oceanic and Atmospheric Administration, an average hurricane season has 12 named storms, six hurricanes, and three major hurricanes. Hurricanes are tropical cyclones in which winds reach 74 miles per hour, and they’re rated on a category 1 to 5 scale based on wind speeds.

To get the hurricane outlook, meteorologists modeled atmospheric conditions into the future based on conditions in the ocean and atmosphere now. The most important predictor of hurricanes is surface water temperatures in the northwest Atlantic, says Crawford. Right now, these waters are warmer than normal. In fact, the ocean is about as warm as last year, which was an above-average year for hurricanes. “If you look at a map of ocean temperatures this year, it looks almost identical to last year,” says Crawford.

But another factor influencing Atlantic tropical storms this year is a weak El Niño event, a warming of equatorial Pacific waters that happens every three to four years on average. In the eastern tropical Pacific, El Niño leads to more thunderstorms, which in turn skews atmospheric patterns over the Atlantic. “When you have an El Niño, you have a large area of sinking motion that prevents storms from forming [over the Atlantic],” says Crawford.

That’s how the forecast ended up just above average, despite warmer-than-normal waters in the Atlantic. “If you look at the Atlantic by itself, our forecast would be a couple storms higher,” says Crawford. “But the impact of El Niño acts as a dampening factor here—those two factors are in opposition.”

Last year, meteorologists also thought El Niño would have this effect, but the phenomenon was slow to arrive in the Pacific and thus failed to buffer storms brewing over the Atlantic. The 2018 season brought 15 named storms, including eight hurricanes, two of which were “major.” Florence and Michael stormed through the southeast, together killing 102 people and causing about $49 billion in damage. 2017 was a bad year for hurricanes, too, with Hurricane Maria devastating Puerto Rico, Irma affecting the U.S. Virgin Islands and Florida, and Harvey unleashing historic flooding in Texas.

Warmer ocean waters, like those in the Atlantic in recent years, lead to more evaporation, more moisture in the atmosphere, and therefore heavier rainfall. One study from last year looked at how such warm waters supercharged Hurricane Harvey, concluding “Harvey could not have produced so much rain without human-caused climate change.”

But the temperatures in the Atlantic ebb and flow on a multidecadal rhythm, too, with long periods in which temperatures stay a degree Fahrenheit above or below normal. This can obscure the impacts of climate warming. So, the intensity of storms over the Atlantic might not increase linearly with CO2 in the atmosphere. In data going back to 1900, “there’s no real trend in hurricane landfalls,” says Crawford.

There are a few groups that make annual hurricane forecasts. In April, a team at Colorado State University released its outlook, which says this year will be “slightly below average,” with 13 named storms, five hurricanes, and 2 major hurricanes. The main difference between theirs and the Weather Company’s forecasts, according to Crawford, is that the CSU team assumed cooler Atlantic temperatures in their models compared to the Weather Company’s.

Another question is how many of these Atlantic storms will make landfall, and therefore imperil lives and property. That won’t be possible to tell until late in May or June, says Crawford. Around that time, meteorologists will also be able to project whether the atmosphere will skew land bound storms toward the East Coast or Gulf Coast. “In our next update in May, we’ll know about expected landfall.”