Florence and Michael might be retired from the Hurricane naming book 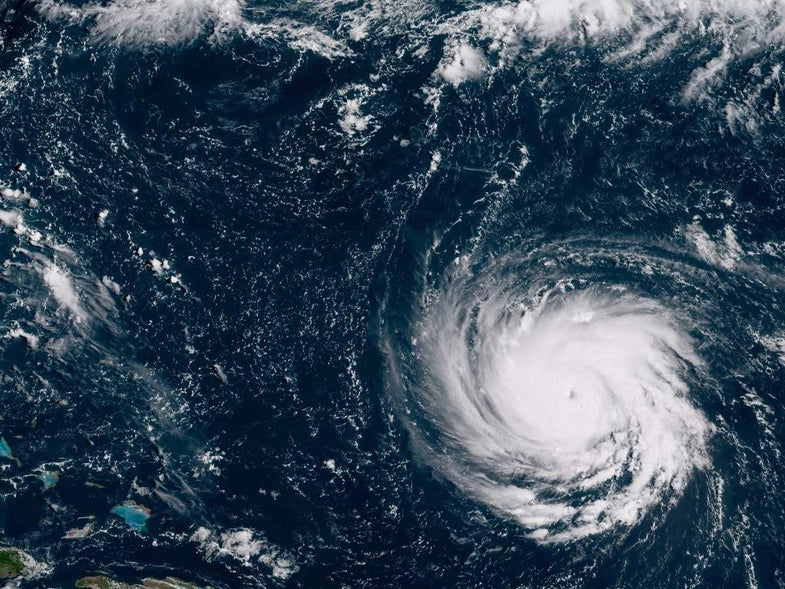 On Monday, the GOES East satellite snapped this image of Hurricane Florence in the western Atlantic, spinning its way toward the East Coast. NOAA
SHARE

What’s in a name? For tropical cyclones, their scientist-given names are often nothing more than a blip in the news. Except when a big one hits. Then, the name sticks. Sometimes, the storms are so ruinous that any mention of the name causes extreme discomfort. To ease the pain, meteorologists often retire these storm names. In fact, this practice has been around since storm-naming began. It’s highly likely that this year’s Atlantic hurricane season will see at least two names retired. So how does it work?

The United Nations’ World Meteorological Organization (WMO) maintains lists of tropical cyclone names around the world. Each ocean basin has its own running list of names, which are submitted by countries that border those bodies of water. The Atlantic Ocean is currently assigned six lists of 21 names each. The names are organized alphabetically and alternate between masculine and feminine. Each list of names is used once every six years. The list of storm names used in 2018 was last used in 2012, and it will be used again in 2024.

However, a few letters are missing. Neither Q, U, X, Y, or Z will get the chance at being the lead letter of an Atlantic storm’s name. That’s for one simple reason: retirement. There simply aren’t enough names beginning with those five letters to provide a reasonable series of backups in the event of a hyperactive hurricane season, such as in 2005. That year, meteorologists exhausted all 21 names, forcing the six storms that followed to receive Greek letters (the standard protocol).

The WMO retires the names of deadly or destructive tropical cyclones for reasons of sensitivity and clarity. Imagine, for example, another storm named “Hurricane Katrina” heading for the northern Gulf Coast. The retired names are replaced with a name of the same letter and gender. For example, after the 2005 season, Dennis was replaced with Don, Wilma with Whitney, and Katrina’s new replacement was Katia—admittedly close enough to the former to cause quite a few slips of the tongue when tropical storms bearing the replacement name formed in 2011 and 2017.

Between 1954 and 2017, the Atlantic basin saw 87 storms that were destructive enough to warrant the retirement of their name. The majority of the names retired began with the letter “I,” as the ninth named storm of the season typically coincides with the most favorable conditions to support particularly destructive storms, such as Hurricanes Ivan, Isabel, and Irma. The only letter that hasn’t seen a name retirement is “V.”

Provided no additional destructive storms develop through the last month of hurricane season, the two most likely retirements from the 2018 Atlantic hurricane season will be Florence and Michael. Hurricane Florence made landfall in the Carolinas in September, bringing historic amounts of rain that triggered devastating flash flooding. Hurricane Michael hit the Florida Panhandle with winds just below the threshold of a category five on the Saffir-Simpson Hurricane Wind Scale. There’s open discussion among meteorologists that Michael’s winds could be bumped up to category five intensity in post-analysis at some point in the future.

The official decision to retire the names of destructive storms that formed anywhere in the world in 2018, as well as the decision on replacement names, will be made during a meeting of the World Meteorological Organization in the spring of 2019.