President Obama’s use of unmanned drones has attracted considerable criticism from those who are concerned about both the casualties caused... 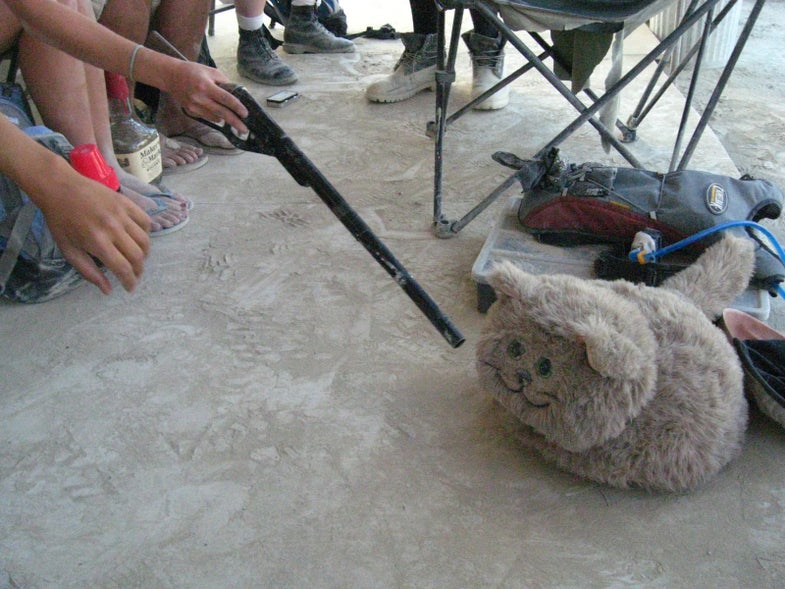 President Obama’s use of unmanned drones has attracted considerable criticism from those who are concerned about both the casualties caused during targeted killings and also the prospect of covert surveillance here in the United States.

You would think these very serious concerns would lead the general public to view drones with a certain amount of distaste, but apparently not – at least, judging by the business-minded decisions of outlets like Brookstone, where remote control helicopters have been replaced with AR.Drone 2.0s, which are just like remote control helicopters but slightly more menacing.

(When I was a kid, I owned Petster, an enormous, fluffy remote-control cat with glowing green eyes. Today, Petster would be called Reconnacat XL Drone 14400 and would be fitted with a night-vision camera and optional dart gun.)

The increased public interest in owning domesticated murder machines has come with a corresponding increase in reports of UFOs, according to Huffington Post’s “UFO Expert” Lee Speigel. Speigel is rather vexed about the situation, noting that previously, UFOlogists only had to contend with satellites, balloons, meteors swamp gas, the moon, planets, and stars when determining whether or not a reported strange thing was really an alien craft. He doesn’t mention Chinese lanterns, blimps, birds, fireworks, lenticular clouds, mortarboards thrown in the air after graduation, flying squirrels, cows picked up by tornadoes, boomerangs, or trebuchet-launched pumpkins, but there was only so much time on the program.

Speigel’s point stands, though – our skies are filled with weird things that scare and confuse people, and they’re only getting more crowded. He urges people to refrain from freaking out when they see something they can’t immediately identify, and think horses instead of zebras, as the saying goes.

This bit of common sense goes completely unheeded in the comments on his article, though, with results that are simultaneously hilarious and heartbreaking. Many of the commenters are engaged in the celebrated game, Identify the Secret Government Mole:

(Let this single parenthetical aside represent my condemnation of the acronym “UFO” being used to mean “alien spacecraft” as opposed to “unidentified flying object.”)

That said, if the Reconnacat XL Drone 14400 existed I would probably buy at least three of them. One would be launched from a trebuchet over a minor league baseball game just to fuel rumors of a very odd alien invasion, so who am I to talk?