CPR can save lives. Here’s how (and when) to do it. 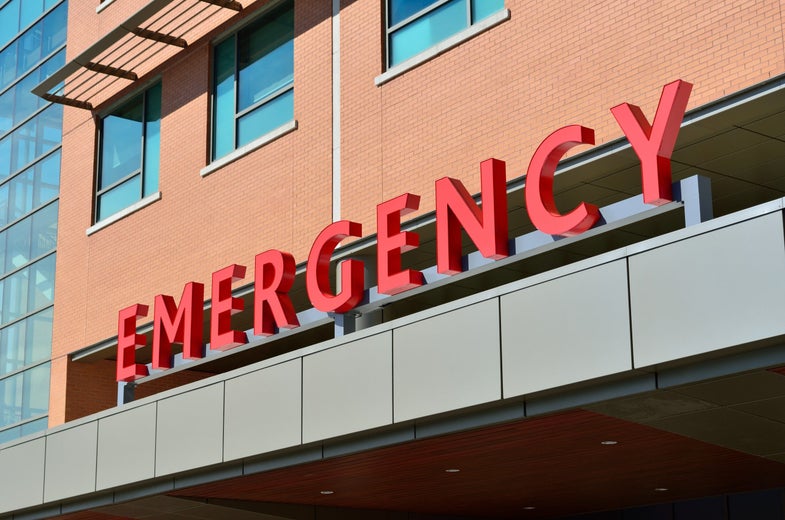 CPR buys a victim crucial time until they can get professional care. Pixabay
SHARE

Over the past decade, CPR has changed. The currently-recommended technique is now incredibly simple, avoids putting your mouth on a stranger’s face (huzzah!), and could double—or triple—the victim’s chances of surviving a cardiac arrest.

Even if you learned this life-saving skill a while ago, it’s time to brush up. After all, if nobody takes action when someone collapses from cardiac arrest (that means their heart has stopped beating), that person will die.

“Cardiac arrest is uniformly fatal unless CPR is delivered,” says emergency-room physician Benjamin Abella, the director of the Center for Resuscitation Science at Penn Medicine.

The goal of doing CPR is not to bring someone back to life; it is to buy time until emergency services arrive. And that time is precious: For every minute without CPR, the cardiac-arrest victim’s odds of survival plummet by 10 to 15 percent, Abella says. “It’s the most time-sensitive disease in all of medicine.”

What to look for

Sure, you want to help somebody who needs medical attention. But you don’t need to perform CPR on every person who clutches their chest—after all, the technique requires compressions strong enough to break ribs. Before you begin, you should understand the difference between a heart attack and a cardiac arrest.

“A heart attack is when a piece of heart muscle is injured because of a lack of blood flow, or a blockage in an artery,” says Abella. “In most cases for heart attack, people’s hearts do not stop, and they do not need CPR.” When someone has a heart attack, symptoms might include sweating, chest pain, and shortness of breath. Although they don’t need CPR, they do require medical attention, stat, which means you should call 911.

Compare that to a cardiac arrest, where the person’s heart has ceased beating. More than 350,000 of these deathly serious events happen annually in the U.S., according to the American Heart Association (and that’s not counting those that occur in hospitals). The patient will lie unconscious on the floor, not breathing or moving. Without CPR and medical help, the victim will die.

Most of the time someone needs CPR, the crisis begins in your home, says Lawrence Phillips, a cardiologist at NYU Langone Health. “It’s often going to be someone you know—a friend or family member—who is going to suddenly collapse,” he says.

Worried that they’re not having a cardiac arrest, or that you’re going to hurt them? “When you’re doing CPR on somebody who needs it, you’re the only thing that is allowing their life to be saved,” Phillips says. So don’t worry about breaking ribs—that’s not a fate worse than death.

Again, your first step needs to be dialing 911. With help on the way, begin pushing on the victim’s chest (more on how to do that in a moment) until the professionals arrive, or the victim responds. “If they wake up, or they start speaking, well, clearly you’ll stop at that point,” says Phillips.

How to do CPR: It’s easy now

The American Heart Association recommends that most people do hands-only CPR for adult and teenage victims. Good news—this is a pretty easy technique. Here’s how to do it.

First, call 911, or have another bystander do so. Next, begin hands-only CPR by kneeling next to the patient, interlacing your fingers, and placing the heel of your hand in the middle of their breastbone, roughly between the nipples. Then push fast, about 100 to 120 compressions every minute. Your hands should move 2 to 2.5 inches with each compression—but there’s no need to measure.

“Nobody has a ruler,” Abella says. Instead of worrying about the exact depth of each press, he describes the best guidance as just to “push hard.”

On top of eyeballing the depth, you’ll have to guesstimate the correct rate. But don’t worry, music can help: You can push to the beat of a song with the right rhythm. Catchy choices include “Stayin’ Alive” (yes, really) by the Bee Gees, “Poker Face” by Lady Gaga, or “Ring of Fire” by Johnny Cash. In fact, the American Heart Association has curated a Spotify playlist of acceptable songs, called “Don’t Drop the Beat.”

As you compress the patient’s chest, the motion will circulate their blood and the vital oxygen it already carries. This means you won’t need to do mouth-to-mouth rescue breaths.

Of course, chest compressions aren’t as effective as a beating heart, Abella says. “But it generates enough blood flow to keep organs alive until help arrives and definitive medical care can be delivered.”

In short: if someone collapses suddenly and lies motionless on the ground—whether they are a family member or a complete stranger—call 911 and do hands-only CPR. “What matters,” Abella says, “is doing something.”

So the victim’s blood already contains oxygen. But without mouth-to-mouth, how long will it last? Abella says you won’t find a precise number, but, “It’s fair to say for the first three to five minutes, it’s reasonable to do hands-only CPR.”

After that, if you have been trained in full CPR with rescue breaths, and you feel comfortable performing it, you can. Even if you’re an amateur, after five minutes without an ambulance, consider trying those rescue breaths. However, there’s no pressure—the important thing is doing those chest compressions.

Before that point, mouth-to-mouth is just not necessary. Abella is well-versed in full CPR, but he still says that if he was on the street and had to help someone in cardiac arrest, “for the first five minutes, I would do hands-only CPR.”

When you give a rescue breath, first tilt back the head by raising the chin—that’s to open the airway—and pinch the nose. Make sure to get a good seal with your mouth on theirs before exhaling twice. Compressions, breaths, compressions, breaths. Rinse, repeat.

In general, overthinking whether you should do full CPR or the hands-only version will just waste precious time. When in doubt, begin chest compressions only. “What really matters is to move blood through the body,” Abella says, “more than to get oxygen to the lungs.”

For the record, however, the American Heart Association recommends that, if you see a teenager or adult collapse suddenly, you should do only chest compressions, according to an email from an AHA spokesperson. Do full CPR “for infants; children; victims of drowning or drug overdose; or people who collapse due to breathing problems.” (Full CPR, especially for children and infants, requires training, as it differs from adult CPR.)

The American Red Cross offers similar guidance: “Full CPR is the best option if a person knows how to do it—especially for infants, children, drowning victims, and those with known heart conditions,” a Red Cross spokesperson said via email. Meanwhile, hands-only CPR “is for those who are untrained, unwilling, or unable to give rescue breaths.” (Disclosure: I once worked for the American Red Cross as an Americorps volunteer, and my job included teaching CPR.)

Other issues to consider

Ultimately, a cardiac arrest victim needs emergency care (which could involve a medical professional using a defibrillator, intubating the patient, or giving medications like epinephrine). When you perform CPR, you’re just keeping them oxygenated until they get there.

But you do have one more option to consider before the ambulance crew arrives: an automatic external defibrillator (AED). The devices, often provided in public locations, will give you verbal instructions and only administer a shock if the victim needs one. These safeguards mean that anyone can treat a patient.

“One should be brave, and use it,” Abella says. “You cannot hurt yourself.”

Finally, one last encouragement. Research has shown that women who collapse in public are less likely to receive CPR. This may be because bystanders feel reluctant to touch a woman’s chest.

According to Suzanne Steinbaum, DO, director of women’s cardiovascular prevention, health, and wellness at The Mount Sinai Hospital, men need to know that in that scenario, if they can perform CPR, they should.

“Ignore the anatomy on the outside,” she says, pointing out that it’s the heart inside that needs resuscitation. “You could be this woman’s only chance,” Steinbaum says.