The best remedy for a snakebite: carry car keys

Snakes rarely bite humans. If they do, here's how to deal with it. 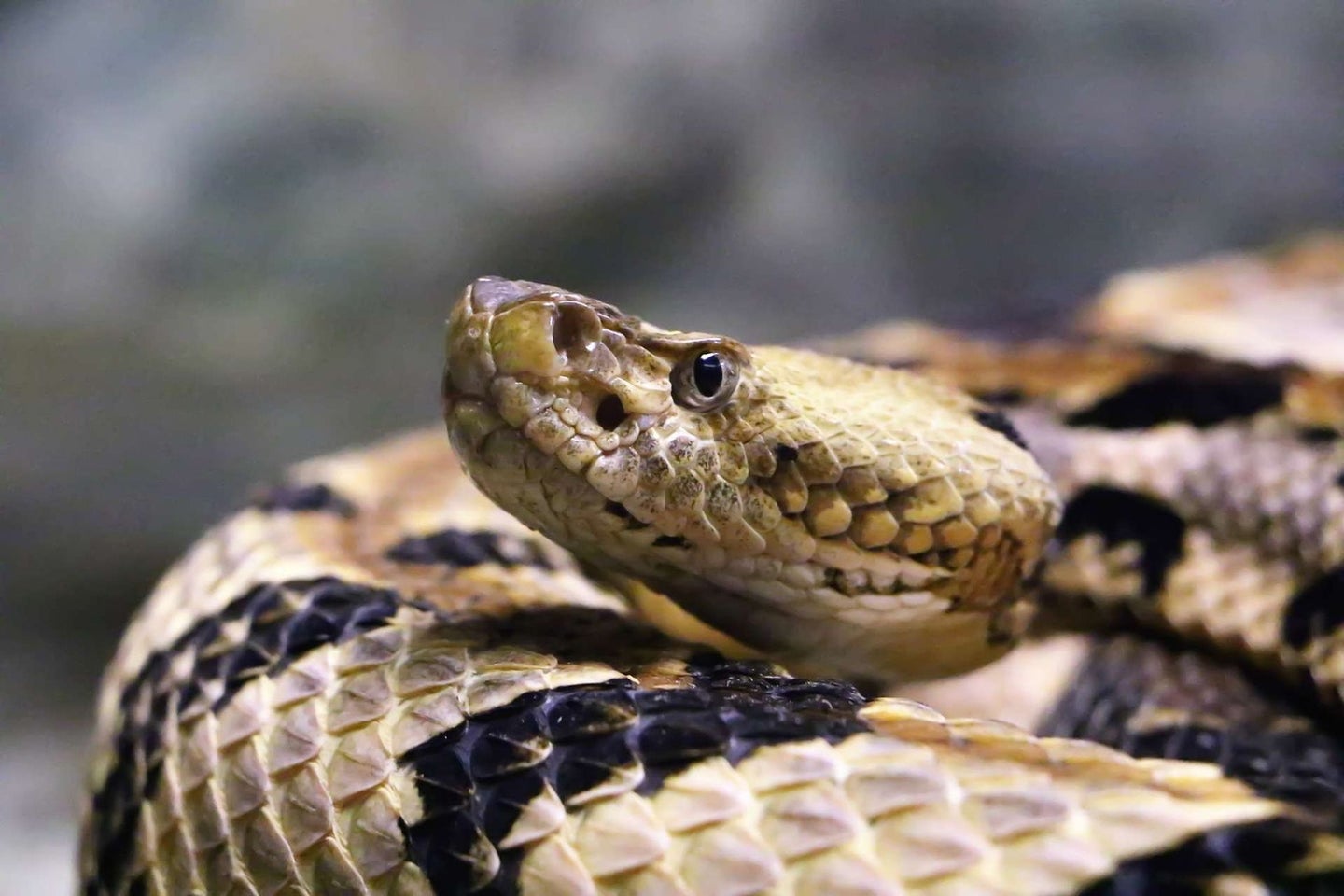 This scaly beauty is more afraid of you than you are of it. Usman Khaleel via Pixabay
SHARE

Snakes have a reputation problem. In both fiction and real life, we frequently hear about life-threatening attacks from these reptiles—but actual venomous snakebites happen far less often than you might think.

Researchers estimate that, in the United States, snakes bite about 3,000 to 5,000 people each year. The exact number is hard to gauge, because many bites are mild and require no treatment. Even the highest estimates only go up to 8,000, which boils down to fewer than 1 in 37,500 people bitten by a venomous snake in a year. Snakebite deaths are even more rare, with an average of five per year in the U.S.

“Your chances of death by snakebite are close to 1 in 1,000. Those are pretty good odds,” says William Hayes, professor of biology in the Department of Earth and Biological Sciences at Loma Linda University. When we spoke, Hayes was driving to work and warned me that he might have to call back if he saw a dead rattlesnake on the road, because he would have to investigate the cold-blooded creature.

Like Hayes, I have long been a fan of legless reptiles. I have fond memories of scouting in the Ohio woods for garter snakes and watching, mesmerized, as a rat snake tried to swallow a bullfrog in the reeds surrounding my grandparents’ pond. Even when a garter snake bit me on the wrist (after I used it in a brief tug-of-war with my cousin), I didn’t become disillusioned—it was my mother who panicked and rushed to dress my wound.

Why was she so afraid? Hayes says two primary theories attempt to explain why so many people freak out around snakes. Evolutionary biologists say an innate fear is likely built into our psyche; Hayes thinks it’s more likely due to conditioning.

“We’ve been taught to fear them,” he says. “It doesn’t help when the media sensationalizes their danger.” He and his colleagues are weary of the poor portrayals of these reptiles, but many people still feel wary about his scaly pals.

And perhaps for good reason: When they do happen, venomous snakebites are nasty. Even if death is an infrequent occurrence, a bite can cause permanent disfiguration, damage kidneys and joints, and cost more than half a million dollars to treat. Most bites require roughly 14 to 70 vials of antivenom, billed at up to $10,000 per vial. “The antivenom alone can bankrupt you,” Hayes says.

Sure, you could avoid all contact with the outdoors during the times when snakes are active—their mating seasons occur during the mild temperatures of spring and fall. But that’s a touch over the top. Instead, cultivate a healthy respect for venomous reptiles and follow a few simple guidelines.

If you’re hiking—or really spending any time outside—in a snake-rich area, keep an eye out for the legless animals. Gardeners and hikers, for example, should watch where they put their feet and hands.

I’ve found this advice personally beneficial on at least one occasion. In February 2016, I went hiking outside of Brisbane, Australia—a country that’s home to eight of the 10 deadliest snakes in the world. When I saw a venomous eastern brown snake lying just a few inches from my boots, I knew it would behoove me to step back, hold extremely still, and patiently wait for it to cross the trail before I pushed onward. My heart was certainly racing for several minutes following the encounter, but according to Hayes, I took the first step (literally) toward ensuring my own safety.

“Take two steps back, Jack,” Hayes tells kids when teaching them about reptile safety. Most snakes can only strike from a distance of about half their body length. As long as you’re several feet away, they can do no harm.

Not that snakes want to bite you in the first place. They’re more concerned with a speedy getaway than snapping at potential predators.

Oddly enough, the most straightforward way to safeguard yourself against bites is to be female. At the hospital associated with Hayes’ university, a staggering 80 percent of bite victims are boys and men.

It’s not that snakes have it out for the male sex. The problem is that men are more likely to antagonize these reptiles. “Snakebites are associated with the two most dangerous chemicals in the world: testosterone and alcohol,” Hayes says.

For example, 45 percent of those aforementioned bites happen because someone is interacting with the snake, attempting to handle it, or poking it with a stick. A further 20 percent involve alcohol.

This is an easy problem to avoid: Keep your distance from any snakes you see. While you’re at it, don’t go hiking while drunk.

When you do go hiking in the spring and fall, read up on the area you’ll be traversing. If snakes are common there, wear protective clothes. This doesn’t require anything fancy, just the same gear hikers should already be wearing: long sleeves, pants, and close-toed shoes.

This outfit shields you from poison ivy and bug bites, but also helps protect you from snakebites. Studies have shown that fabric reduces the amount of venom injected, and less venom equals a less-serious injury.

How to treat a snakebite

What if, despite all your precautions, you still suffer a snakebite? You may have heard about first aid practices such as applying cold compresses or electric shocks, cutting and sucking out venom by mouth or with a store-bought extractor, wrapping a tourniquet, or even making a poultice from the snake’s head. Here’s the thing—none of these remedies work, and they often cause more damage.

“There’s only one viable treatment currently, and that is going to a hospital and getting antivenom,” Hayes says. The longer the venom is in your system, the more damage it can cause to your tissue. That means the sooner you receive treatment, the better.

So the best tools to keep on hand are the ones that will get you to a hospital as quickly as possible: a cell phone, a good friend, and a set of car keys.

If a snake strikes, first take a good look at the culprit (or even snap a smartphone photo) so you can help doctors identify the species, but don’t delay or try to track the animal—an expert should be able to diagnose your attacker from the bite itself. This will tell the hospital which type of antivenom you will require. Next, arrange for a ride to the hospital, either by ringing up a rescue unit or having your friend drive you at a brisk speed. En route, you should call ahead to the hospital so they’re ready for your arrival.

In all likelihood, you will never receive a snakebite that requires antivenom treatment. But you might encounter a touch of snake venom in other forms. In fact, a good number of pharmaceuticals derive from this substance. They treat a wide variety of ailments, including chest pain (Aggrastat), high blood pressure (Capoten), and wrinkles (Syn-ake).

Venom might even find a place in brain surgery. At Loma Linda University, Zachary D. Travis, a Ph.D. candidate studying under Dr. John H. Zhang in the School of Medicine, is currently leading a study on venom preconditioning. So far, their work has shown that a protein found in the venom of the Papuan black snake reduces bleeding and brain swelling following neurosurgery.

In fact, the life-saving benefits of venom help shine a much kinder light on the animal Hayes and I both love.