How Fruit Flies Evolved To Have Giant Sperm 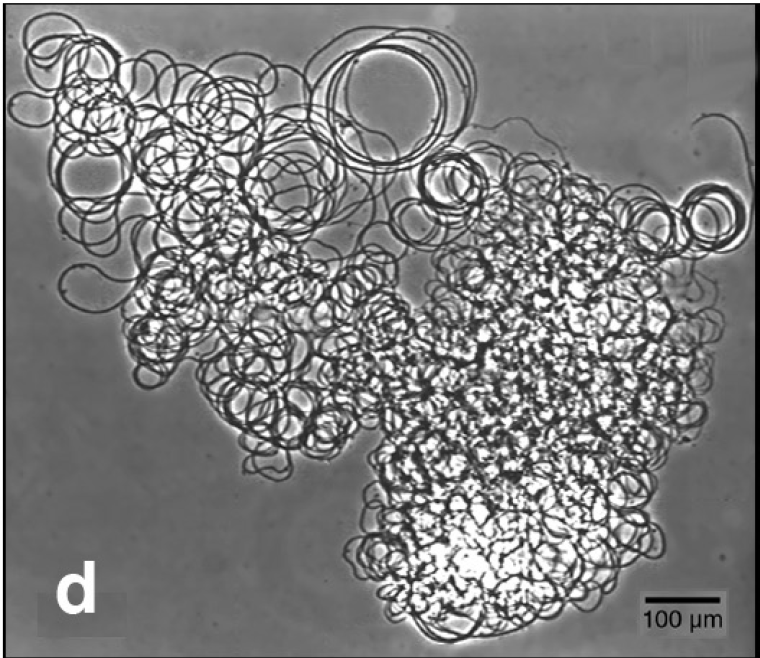 When mating time rolls around, most male animals offer a glut of tiny sperm. Fruit flies operate a little differently. They deliver a few gigantic sperm. In fact, male Drosophila bifurca flies can produce sperm that are 5.8 centimeters long—20 times longer than their own bodies.

These extravagant sperm are puzzling to scientists, because flies have to invest a lot of energy into making them. A new study investigates how these not-so-little swimmers evolved and why they’ve stuck around.

A genetic analysis of another fruit fly species, Drosophila melanogaster, revealed that long sperm in males have co-evolved with a long reproductive tract in females. “Longer sperm are superior at displacing, and resisting displacement by, shorter competitor sperm,” wrote the scientists, who reported their findings today in Nature. “Longer [reproductive tracts] drive sperm-length evolution by enhancing this competitive advantage.”

The healthiest (i.e., most desirable) male flies have the best shot at winning this competition. So female flies are benefitted by the arrangement, too.

Many animals show off elaborate ornaments to boost their chances of mating successfully. The scientists also compared fruit fly sperm to some classic examples in other species (like oversized antlers or tail feathers), and concluded that, “The giant sperm of some Drosophila species are possibly the most extreme ornaments in all of nature.”