Climate Change Gave The Male Of This Species A Giant Appendage 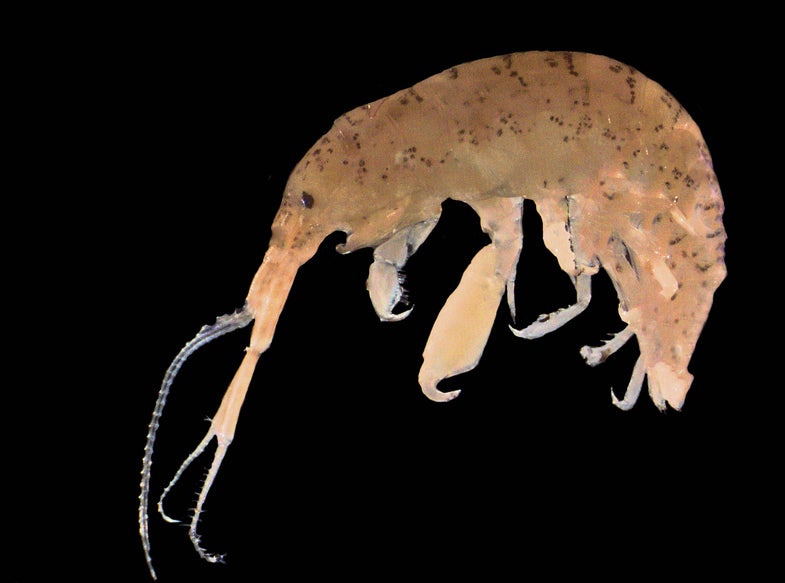 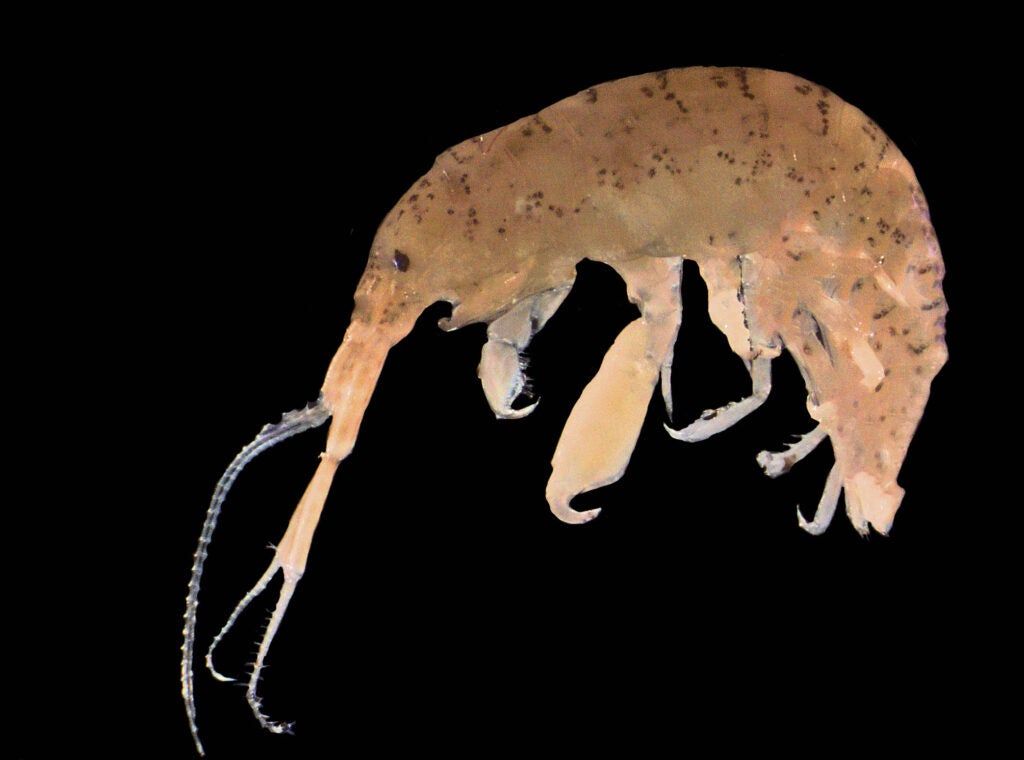 And their population is booming.

The species, a little-noticed shrimp-like family of crustaceans known as Cymadusa pemptos, lives off the coast of southern Australia. It feeds off turf algae on rocks and plants. Climate normally puts major stress on many species’ ability to reproduce. But scientists at the University of Adelaide wondered if the opposite might be true for some—if climate change could fuel population growth. They devised a tank that replicates Cymadusa pemptos‘s environment and slowly turned up the heat, while raising the level of dissolved carbon dioxide (another factor in climate change). The result: the crabs got it on, multiplying 20 fold within a few months, or approximately two to three generations in that span.

The reason? Warmer waters rich in carbon dioxide stimulated the growth of algae in the tank. The crustaceans reacted by pigging out, growing bigger and getting busy. “What happened on our future climate is the males got larger in body size and also in claw size,” said Katherine Heldt, a Ph.D. candidate at the University of Adelaide and one of the researchers in the study, the results of which are published in Nature.

Just like presidential candidates, a small or large mitt says a lot about a crab. The females are attracted to the big ones. The larger claws size also leveled out the playing field for all males; Because each male had roughly the same size claw as its competitors they were equally appealing to females and thus more females were willing to mate. The number of pregnant females shot up.

In fact, Heldt found that an astonishing 80 percent of females in the population reproduced, when normally only 30 percent reproduce. Interestingly, claw size in females didn’t increase. Heldt speculates that their bodies instead used the excess energy from their food surplus to develop more fertile reproductive systems.

“We know from previous studies that males and females can put resources towards different [biological and reproductive] investments,” Heldt said. “We also found in this study that the females had exponentially increased egg production under a future climate, so they’re optimizing that reproductive output.” 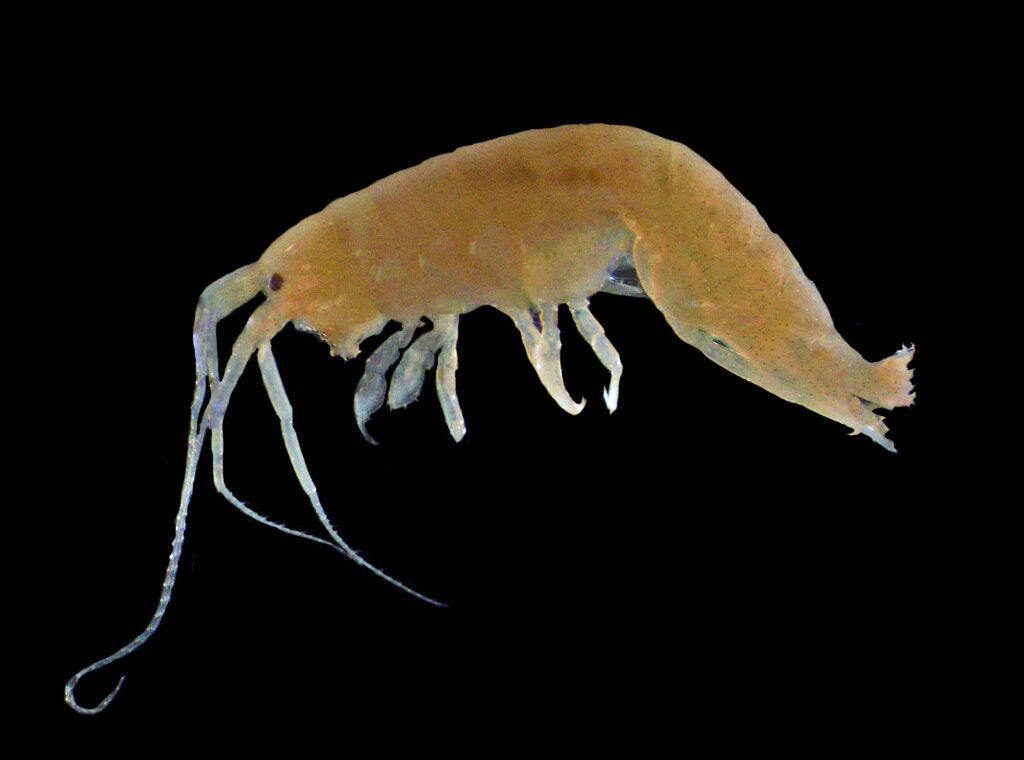 Claw size in females didn’t increase as they did in males. Researchers speculates that their bodies instead used the excess energy from their food surplus to develop more fertile reproductive systems.

This is good news for the crabs, and it could benefit the environment, too. Ecosystems like Australia’s valuable kelp forests, threatened by pervasive algae growth due to warmer temperatures and more carbon dioxide, would now have a new supply of hungry mouths to trim the threat. Although scientists are unsure about how exactly this could affect other creatures in Cymadusa pemptos‘s ecosystem in the future, they’re optimistic that climate change could actually assist some species.