A threat to party balloons everywhere 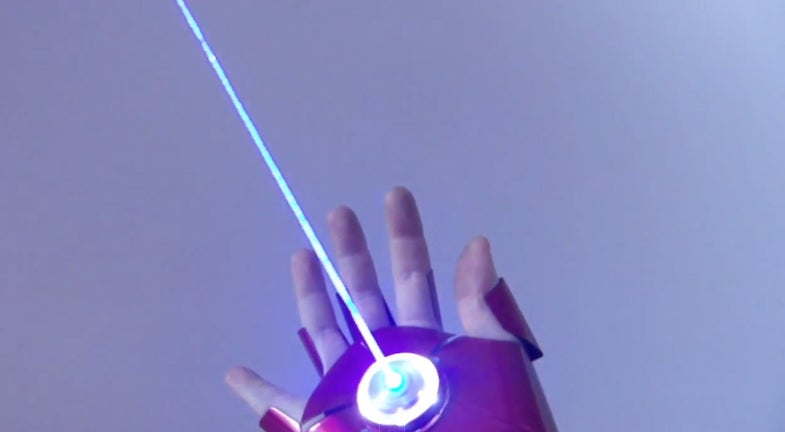 Patrick Priebe isn’t Iron Man, but he’s getting pretty close. In a video uploaded to YouTube earlier this week, the Priebe shows off his homemade Iron Man gauntlet, which has not one but two lasers–one on top and one in the palm–as well as an ejectable piece of metal for that ultra-realistic “empty shells falling onto the ground” sound effect.

The lasers are powerful enough to pop balloons, which is great for the next time Iron Man has to fight an evil clown with an army of balloon animals. In case the lasers are ineffective, Priebe also has an Iron Man arm piece that launches a missile made from cardboard and plastic.

Priebe’s arsenal is hardly limited to the Marvel universe. His site, Laser Gadgets includes gizmos based on the Simpsons and the Dead Space video games in addition to a larger variety of laser rifles.

Priebe isn’t the only enthusiast to build an Iron Man suit. Priebe’s gauntlet is cool, but for full-scale homebrewed armor worthy of Tony Stark, check out this design by Anthony Le.