The Tricorder Comes Down to Earth

Students are battling to create a universal diagnostic tool 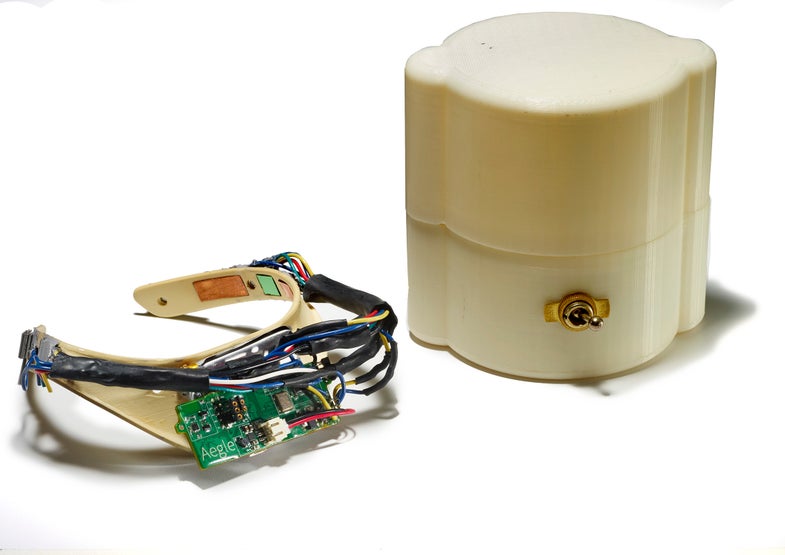 In Star Trek, a visit to the sick bay nearly always began with a scan of the tricorder, a handheld instrument that could quickly gather vital signs and diagnose ailments. Now 20 undergraduates and recent alumni at Johns Hopkins University are poised to bring the tricorder out of the realm of science fiction. If they succeed, they could change the future of diagnostic medicine, earn the adoration of Trekkies everywhere—and win $7 million.

The current and former students make up Team Aezon, one of 10 finalists and the only university team remaining in the Qualcomm Tricorder XPrize competition. (“We wanted our name to sound cool and to start with Ae,” says 22-year-old team leader Tatiana Rypinski, “so we could appear at the top of the list alphabetically.”) The contest, which began in 2012, aims to generate a portable system that diagnoses 15 health conditions and monitors five vital signs, including temperature and blood pressure.

To get into the finals, the team members have had to meet multiple deadlines over several years—while maintaining a full course load. “Over and over again, we’ve had to tackle obstacles head-on and keep going,” says Rypin­ski. For example, the team’s first device for recording vital signs was a partially 3D–printed band that fit around a user’s neck. It took a year to build, but making the band universally adjustable proved difficult. So they scrapped it entirely and replaced it with a chest strap.

The work ends in June, when finalists must submit 30 functional prototypes to the XPrize Foundation. Six months of user testing will follow, and the winner will be announced in January. Regardless of the outcome, the effort has been worth it, says team member Krzysztof Sitko, also 22. “As a student engineer, you really want to challenge this big romantic problem. You’re fine putting in sweat and blood with no return.”

Aezon’s tricorder system includes a blood-pressure cuff and a chest strap that monitors body temperature, heart and respiratory rates, and oxygen saturation. It also comes with a lancet for collecting blood and a cup for urine. The user transfers the sample onto a disposable cartridge, then pops the cartridge into a “lab box” slightly larger than a coffee mug. The lab box diagnoses pneumonia, diabetes, and HIV, among other disorders, in less than an hour, and sends the results to Aezon’s smartphone app via Bluetooth.

This article originally appeared in the June 2015 issue of Popular Science.