How To Build Your Own Particle Detector 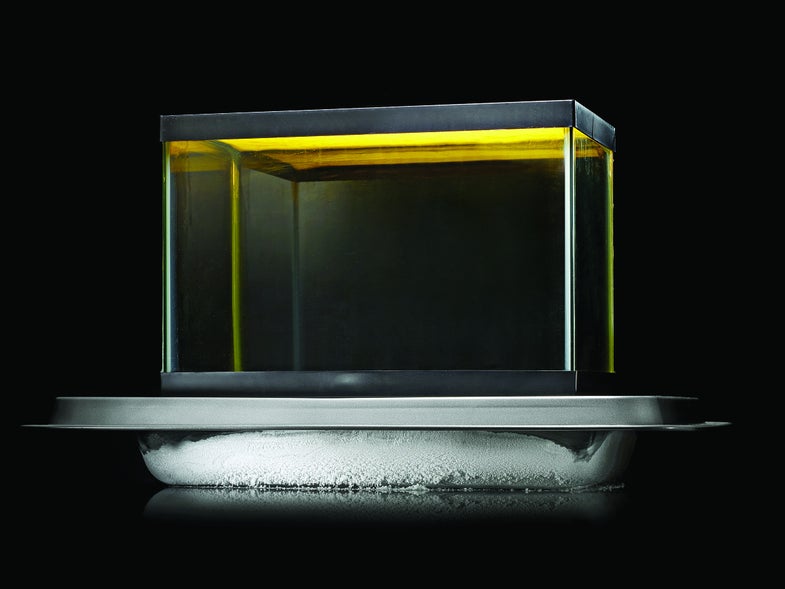 Machines designed to reveal subatomic particles operate on huge scales. Detectors at the Large Hadron Collider weigh thousands of tons, contain millions of sensors, and record particles moving at close to the speed of light. But they don’t have to be so complex. In fact, some are small and simple enough to operate in a living room.

Take the cloud chamber, which uses evaporated alcohol to make vapor that’s extremely sensitive to passing particles. The DIY version is an empty fish tank with a ceiling of alcohol-soaked felt and a floor of dry ice. The room-temperature alcohol at the top evaporates into the air and sinks toward the ice at the bottom. As it cools, it will condense on anything it can.

Cosmic rays are constantly crashing into Earth from space, and when they hit the atmosphere, they release a shower of particles. If one of these particles zips through the DIY cloud chamber, it will bump into molecules that make up the air and knock off some of their electrons. This leaves a trail of charged ions, and tiny droplets of airborne alcohol cling to them. The ghostly track that results marks an individual particle’s path through the chamber.

Watch a DIY cloud chamber in action. Then build your own!

This article appeared in the June 2015 issue of Popular Science, under the title “Build Your Own Particle Detector.” It was adapted from an article in Symmetry Magazine.

Projects
build it
build it yourself
electrons
forensic science
june 2015