How To Make Your Own Hologram-Projecting Glasses

For less than the cost of a movie ticket 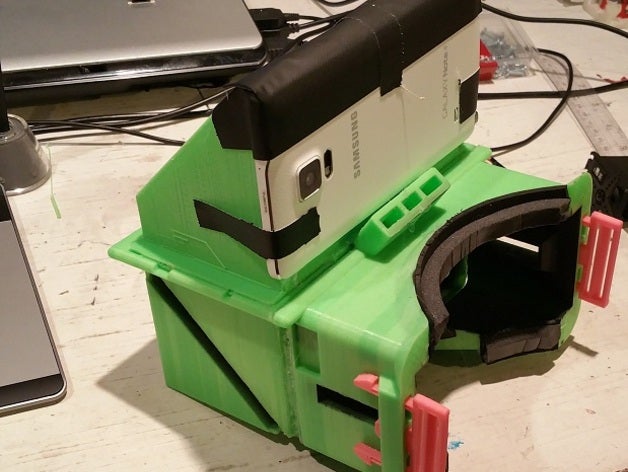 Augmented reality glasses are hotter than Drake right now. Last fall, Microsoft’s Hololens glasses dazzled us with promises of ‘holograms‘ beamed throughout our workplaces. NASA announced this week that they plan to guide astronauts with projection glasses. And CastAR wants the whole family to play games in augmented living rooms.

But if you’re tired of waiting for these headsets to hit the market, you can build your own.

Sean Hall, a virtual reality programmer from Georgia, has built an augmented reality headset that can project an image from a smartphone. Total cost of materials: ~$10.

To make projective glass, Hall used a piece of plexiglass, a small mirror (the type that might come in a makeup compact) and a plastic reading magnifier. The instructions include CAD files for 3D-printing the headset.

Hall’s goal is using the headset as a means to design software for Microsoft’s Hololens. The project is in its early stages, but the next rendition, will add depth perception via Leap Motion depth sensors.

If you want to make your own, check out Hall’s DIY post on Thingiverse.