The Anatomy of a Marshmallow

Just in time for campfire season 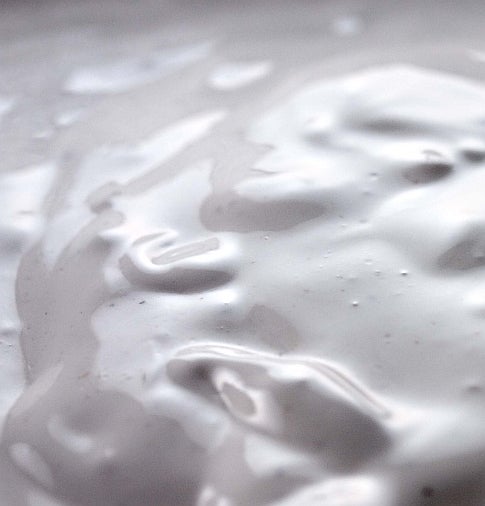 Most American children are familiar with marshmallows. These fluffy, chewy treats are sold in bags in the supermarket, often for use in Rice Krispie treats and s’mores. Marshmallow Fluff is a spreadable marshmallow product, often found nestled on shelves beside the peanut butter used for lunchbox confections, adding a sweet, viscous layer to sandwiches and brownies. Around Easter, marshmallow Peeps, with their softer structure and crunchy sugar coating, appear in stores. In many homes around the country, marshmallow-covered sweet potatoes are a staple at the Thanksgiving table. So what better time to learn more about them, and perhaps make some yourself?

The original marshmallow was named for the inclusion of marshmallow root in the recipe. The roots and leaves of the marshmallow plant contain mucilage, a slimy-textured demulcent best known for its use as a homeopathic cough suppressant. Marshmallow root is considered to be soothing and mildly antimicrobial. It has long been used as an herbal treatment for minor digestive issues and skin irritations, although its use in the creation of its namesake confection has long since fallen by the wayside.

At their most basic, marshmallows are simply comprised of a sugar solution beaten together with a food gum, such as gelatin or xanthan gum. You can add egg whites for structure — since they are able to hold large volumes of air, their addition allows for much lighter marshmallows — and various colorings and flavorings for flair. Essentially though, marshmallows are made from sugar, water, and a food gum. A percentage of glucose or inverted sugar is needed for stabilization. This is beneficial because it attracts moisture and keeps the sucrose or table sugar used in the candy-making process from crystallizing. A basic form of glucose can be created at home by making a simple syrup, which is simply sugar and water boiled together. The addition of cream of tartar or citric acid will help stabilize the inverted sugars by discouraging the formation of sugar crystals. This effect can also be achieved with a small addition of corn syrup to the sugar syrup mixture. These ingredients are not strictly necessary though, simply an added assurance of success.

Once the sugar solution is created, it must be heated to the proper temperature. Marshmallows are made with sugar that is heated to a temperature of 116°C/241°F, otherwise known as the soft ball stage. We recommend using a thermometer to determine the temperature, for maximum safety and efficiency. Once the sugar has been heated to the proper temperature, it is beaten into the melted gelatin. This is a strong mechanical process that requires a mixer, preferably a standing mixture to achieve the proper texture. The beating incorporates air into the structure, creating small bubbles throughout, much like those seen in well-made bread. This structure is what gives the marshmallow its light, fluffy texture. In addition to creating structure, the amount of beating will control the moisture content of the finished marshmallow. Longer beating times will translate into a drier, more chewy marshmallow with a longer shelf life.

Once the sugar has been absorbed and the desired texture has been achieved, the marshmallows are poured into a mold and left to set. Before pouring the marshmallow, you need to generously coat the mold or tray with loose cornstarch. The starch will have a drying effect on the outer surface of the candy, allowing it to set more rapidly and dry on the outside so that it can be easily handled. The skin-like coating that forms on the outside of the confection helps increase its shelf life and usability.

Marshmallows are actually quite easy to make at home. The addition of powdered and liquid colors and flavorings allow cooks to create a dazzling display of these spongy delights. Powdered additions may be added to the gelatin while it is bloomed in hot water. Liquid additions are best added during the beating process.

Since recipes for sweet marshmallows are easily found in cookbooks and on the Internet, in honor of Thanksgiving we have included a recipe for the slightly more savory and spicy Szechuan Peppercorn Marshmallow. 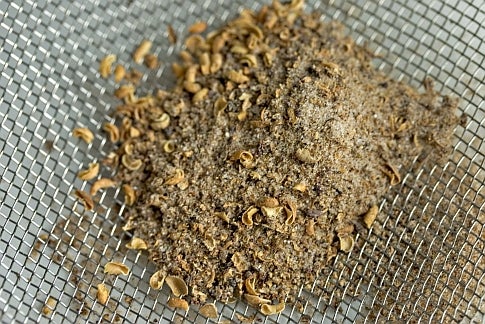 Line an 8-by-8-inch pan with parchment paper and dust the bottom and side generously with powdered sugar. Have more powdered sugar available to dust the top of the marshmallows.

Cover the gelatin sheets with cold water and let them soak until softened. The amount of water used should be just enough to hydrate the gelatin.

Heat the apple cider to a simmer. Squeeze out the bloomed gelatin, add it to the hot cider, and stir to melt the gelatin. Weigh the spice mixture and sprinkle the spice blend over the cider-bloomed gelatin. Pour the gelatin mixture into the bowl of a standing mixer fitted with the whisk attachment.

Place the isomalt and glucose in a pot and place over a medium-high flame. Bring the mixture to a boil and lower the heat to medium. Using either a candy or a digital thermometer, cook the mixture until it reaches 116°C. When the glucose mixture reaches 116°C, remove it from the heat and carefully pour it into the gelatin mixture. Turn the mixer on low, slowly stirring the hot sugar syrup. When the sugar syrup cools to 100°C, increase the speed to medium high. Whip the mixture for ten minutes until the mixture grows in volume and takes on the appearance of whipped marshmallow topping. The marshmallow will cool significantly during the beating process.

Pour the marshmallow into the prepared pan, using a lightly greased silicone or heatproof rubber spatula to help get the marshmallow out of the bowl. Coat the top of the marshmallow heavily with cornstarch. Cover the pan lightly with plastic wrap and refrigerate for 3 hours or until completely cool. Turn the marshmallows out onto a cutting board generously dusted with cornstarch, and cut into individual pieces using a sharp knife or a pizza cutter. Dust the cut edges with cornstarch to absorb excess moisture and prevent sticking.