For one thing, you’re shockingly predictable 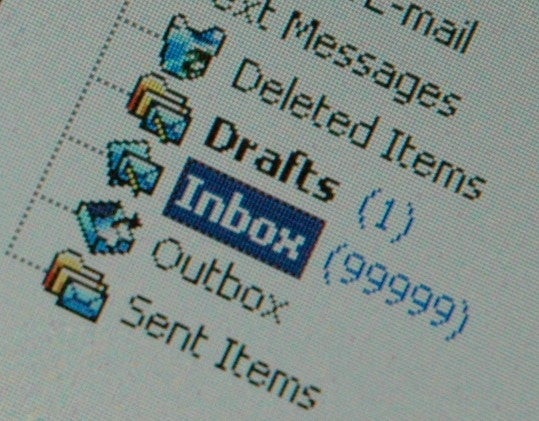 You probably get a lot of emails. Heck, maybe someone even sent you this article in an email. And you have likely developed a systematic approach to dealing with this digital avalanche that never seems to end. Even though email has been around for about two decades, researchers didn’t have a good idea of how people were using it. For example, what is the average number of emails a person receives? Do people get overwhelmed by too much email? How long do threads go on?

To answer these questions, researchers from Yahoo labs looked at emails of two million participants who sent more than 16 billion messages over the course of several months–by far the largest email study ever conducted. They tracked the identities of the senders and the recipients, the subject lines, when the emails were sent, the lengths of the emails, and the number of attachments. They also looked at the ages of the participants and the devices from which the emails were sent or checked.

They found that the length of a reply and the number of messages sent in a thread were so predictable that algorithms could anticipate it very accurately. Younger people send faster, shorter replies, and men send shorter messages than women. Unsurprisingly, people respond more quickly to messages sent during working hours, and their responses are longer then, too. Emails tapped out on mobile devices were shorter. The more email a person received, the smaller percentage of messages they responded to, and those responses were shorter.

Some of this information may not be surprising to people who use email all the time, but it’s news to computer algorithms that run our email clients. All this data could help developers create better email platforms in the future, and specific functions like categorizing unread email. That’s good, because I’m creeping up on 7,000 unread messages, and there’s no end in sight.