Fixed wings for the high seas 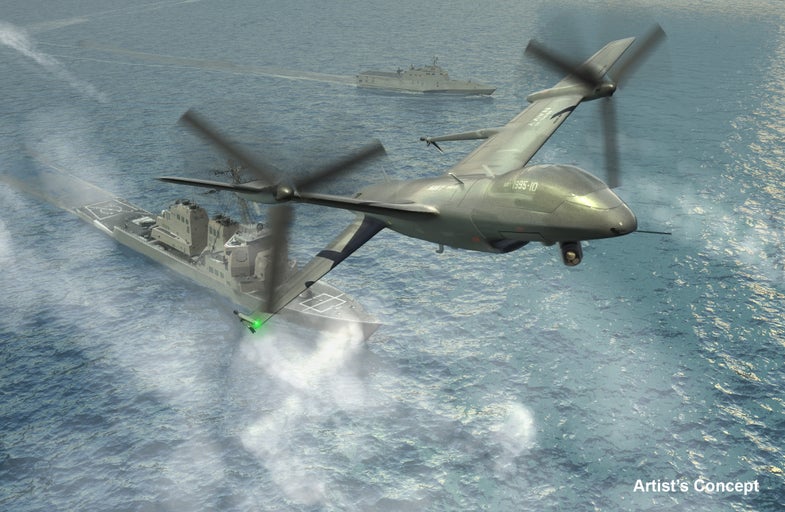 DARPA’s latest drone program just took a turn for the better. The Tactically Exploited Reconnaissance Node (TERN) is designed as a Medium Altitude Long Endurance (MALE) flyer for the U.S. Navy. Like their avian namesake, TERN will be a sea-based flyer. (It is unlikely that the MALE TERN will share male terns penchant for mating displays, however). The drone is designed as a sort of super crow’s nest, flying from small vessels and scouting out the ocean ahead.

Earlier this week DARPA awarded contracts to AeroVironment and Northrop Grumman, tasking them with take the TERN to term. The U.S. Navy already has drones it can fly from ships, but they’re either small, like the ScanEagle, helicopter-sized, like the Firescout, or huge, like the Sea Avenger. We’re not sure how big TERN will be yet, but it is designed to last longer than the small drones, fly farther than the helicopters, and operate from much smaller ships, like the Littoral Combat Ship which can’t accommodate larger planes.

When completed, TERN will carry up to 600 pounds of sensors and equipment, and it will fly as far as 1,000 miles away from its host ship, watching vast swathes of the ocean that would otherwise go un-surveilled.