Scientists Reveal The Cause Of The Irish Potato Famine

One of the most deadly pathogens in human history has been pinpointed. 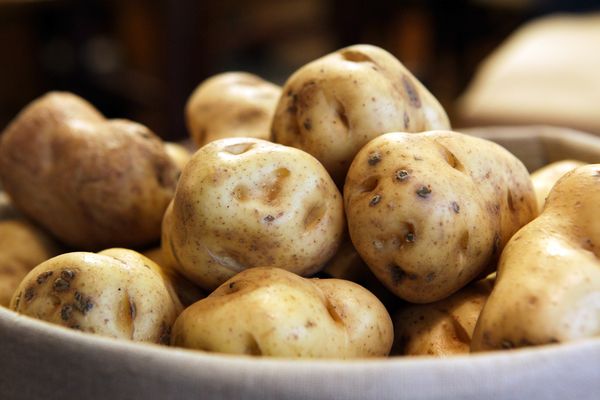 It’s widely acknowledged that Phytophthora infestans, a sort of fungus-like pathogen also known as potato blight, was responsible for the mid-19th-century potato famine that reduced Ireland’s population, through death and emigration, by nearly 25 percent. But scientists have just uncovered the specific strain of this pathogen through a first-of-its kind procedure–by analyzing potato plants that have been dead for more than a hundred years.

The Irish Potato Famine lasted just a few years, from around 1845 to 1852, but killed about a million people and forced the emigration of around a million more. The Irish population at that point was reliant on one specific white potato, the Irish lumper, as a primary food source for about a third of the country. Potatoes, like most other members of the nightshade family (tomatoes, eggplant), are native to the New World, not to Ireland. In the mid-19th century, travel between the New and Old World increased, bringing over new strains of Phytophthora infestans. One of those strains eventually mutated into a killer.

Researchers at the Max Planck Institute for Developmental Biology took dried plants, some from as far back as 170 years ago, and found that there was still trace amounts of DNA from the Phytophthora infestans. Previously, it was assumed that a strain known as US-1 was responsible for the Irish Potato Famine, but this research found that the strain on these dried potato plants is not, in fact, US-1. It’s related, but genetically unique, and US-1 was more likely to be the strain that replaced the culprit after it was eliminated. They’ve named the new strain HERB-1.

This is the first time that scientists have decoded the genome of a plant pathogen from dried plants, and the researchers say that the study holds promise for the future. “These findings will greatly help us to understand the dynamics of emerging pathogens,” one of the researchers says.

The study will appear in a coming issue of the journal eLife.