A new FDA rule allows some patients to purchase them over the counter. 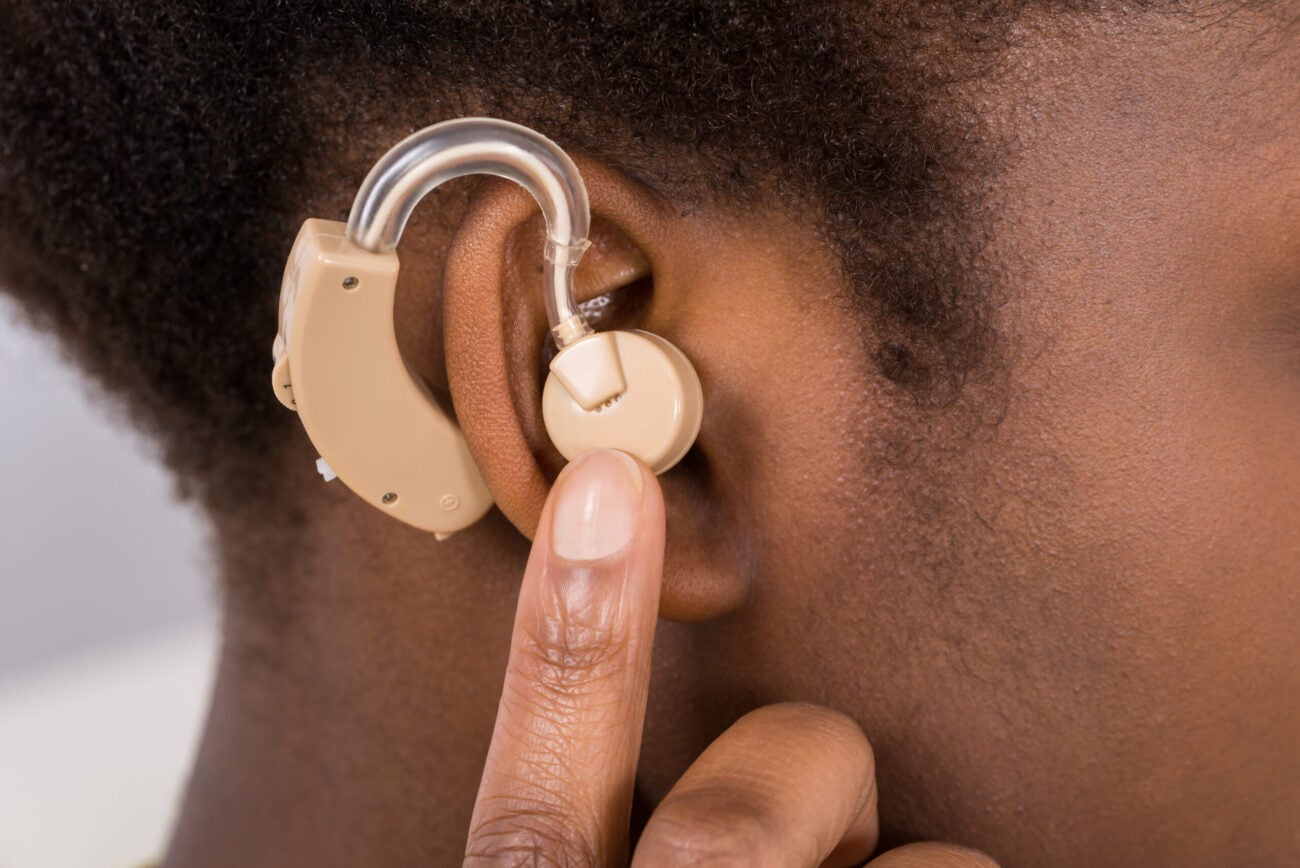 The Food and Drug Administration (FDA) issued a final rule today that clears the way for adult hearing aids to be available over-the-counter (OTC), or without a prescription. The rule is also expected to lower the cost of hearings aids, while not compromising on quality and safety standards. About 30 million American adults could benefit from using hearing aids, with men twice as likely to have hearing loss among adults ages 20-69.

The new federal action creates a new category of OTC hearing aids that allows for patients with perceived mild to moderate hearing impairment to buy the devices directly from a store or pharmacy without a doctor’s visit or fitting adjustment. Consumers will see OTC hearing aids in stores and online retailers as soon as mid-October, when the rule takes effect. Hearing aids for users under age 18 and those intended for severe hearing impairment will not be included in the new rule.

[Related: It’s never too early to start protecting your hearing.]

“Reducing health care costs in America has been a priority of mine since Day One and this rule is expected to help us achieve quality, affordable health care access for millions of Americans in need,” said Health and Human Services Secretary Xavier Becerra, via press release. “Today’s action by the FDA represents a significant milestone in making hearing aids more cost-effective and accessible.”

According to reporting from The New York Times, the average cost for hearing aids range from roughly $1,400 at Costco and about $4,700 in other retailers. These costs often include visits with an audiologist. This final rule aims to stimulate competition among retailers and increase the sale of safe and effective OTC hearing aids.

“Hearing loss is a critical public health issue that affects the ability of millions of Americans to effectively communicate in their daily social interactions,” said FDA Commissioner Robert M. Califf. “Establishing this new regulatory category will allow people with perceived mild to moderate hearing loss to have convenient access to an array of safe, effective and affordable hearing aids from their neighborhood store or online.”

[Related: This AI-powered hearing aid improves as you wear it.]

Changes to this rule have been in the works for several years. After a 2016 report from the National Academies, a proposal was submitted to the FDA calling for the approval of OTC hearing aids. In 2017, Senators Elizabeth Warren, D-Ma. and Chuck Grassley, R-Ia. co-sponsored the Over-the-Counter Hearing Aid Act, which was signed into law. The progress on changing the FDA rule stalled until a July 2021 executive order issued by President Biden.

President Biden also issued his own statement on the new rule: “This action makes good on my commitment to lower costs for American families, delivering nearly $3,000 in savings to American families for a pair of hearing aids and giving people more choices to improve their health and wellbeing.”