Aimed at people with mild-to-moderate hearing loss, the Bose SoundControl device has FDA clearance for consumers. 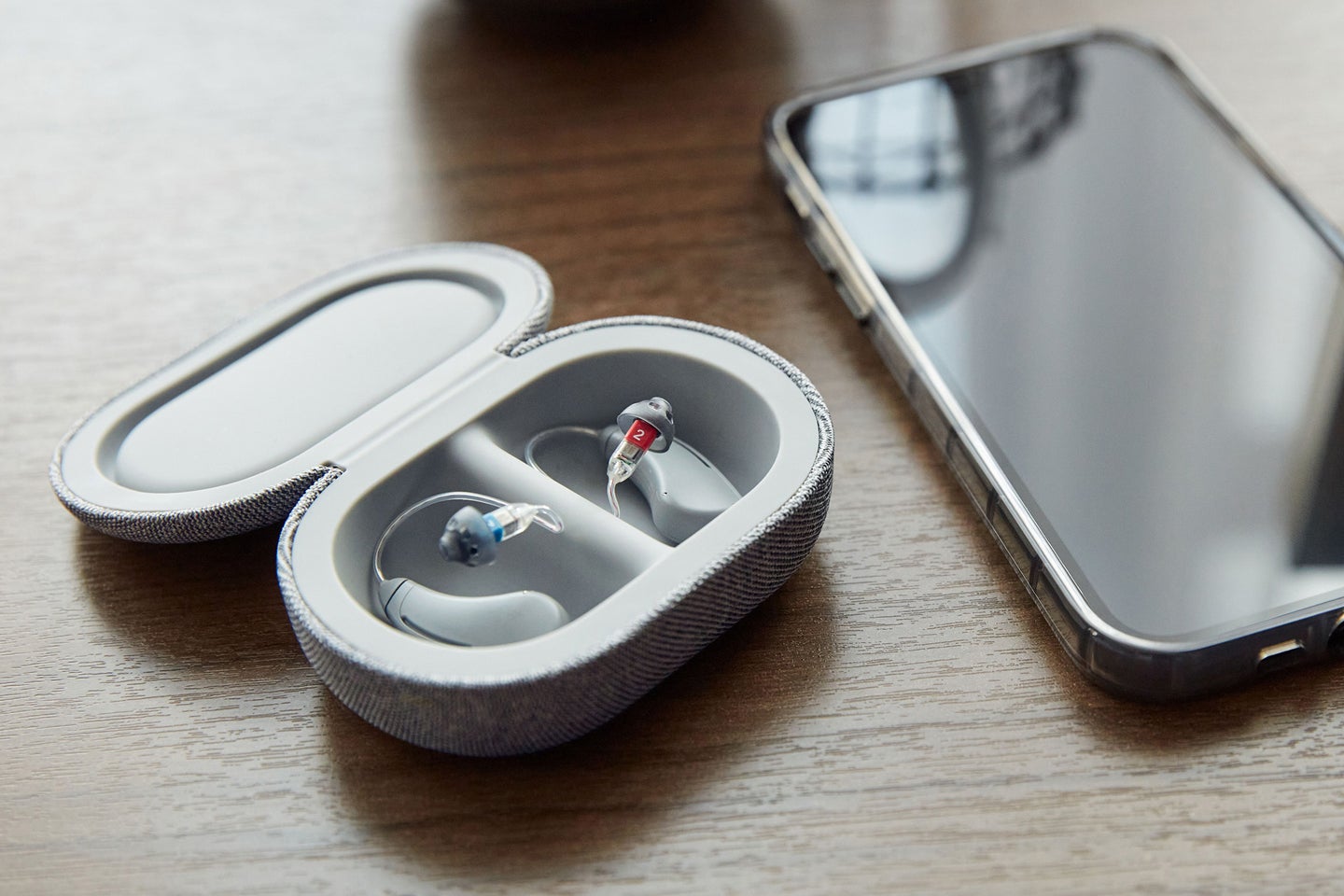 The direct-to-consumer hearing aid market has been expanding rapidly in recent years. That’s especially true for models targeting individuals with mild to moderate hearing loss. Typical hearing aids can cost thousands of dollars and insurance coverage is spotty at best. Plus, they typically require a trip to an audiologist, a hurdle which many people don’t want to endure in order to get help. This week, Bose officially entered the hearing aid market with its $850 FDA-cleared SoundControl device. It goes on-sale on May 18 and buying one won’t require a trip to a doctor’s office.

This isn’t Bose’s first foray into the hearing market. Up until 2020, it sold a $500 device called Hearphones. The Bluetooth sound amplifiers used a semi-rigid collar that sat around the wearer’s neck with earbuds wired to it. The new SoundControl model takes a much more familiar hearing aid-style design with a module that sits behind the ear, which pumps sound into the canal through a hollow tube.

A pair of built-in microphones pull in sound from around the wearer and a single speaker provides the output. They attach to a smartphone via Bluetooth, but they don’t take calls or stream music. They’re not meant to replace wireless earbuds, but rather act as a dedicated hearing assistance device.

[Related: This AI-powered hearing aid improves as you use it.]

Each hearing aid weighs roughly three grams and draws power from a typical 312 battery, which will last roughly four days under typical usage. They come with a hard case to protect them when they’re not in use.

Without a trip to the doctor, Bose relies on a smartphone app that allows wearers to set the device up by themselves. According to the company’s press material, the process takes less than an hour to get through the guided setup.

Once the setup process is over, the app provides various user controls that allow the wearer to tweak the overall performance. The main screen includes a pair of sliders, one of which modifies how much the hearing aids amplify sound coming in from the outside world. The other adjusts the overall emphasis on bass or treble frequencies.

The app also allows for tweaking the directional focus of the hearing aids. Front focus is more useful during a conversation or sitting in front of a TV. Switch to “everywhere” mode, however, and it can pull sound in from all around.

In typical Bose fashion, the app offers preset modes specific to different situations. So, if a person doesn’t want to manually select options for their setting, they can simply select “Television” or “Focused Conversation” mode and the hearing aid will do its best to provide settings that work in those scenarios.

How is this different from a typical hearing aid?

As with many of the recent commercial hearing aid products, Bose is very clear that this product isn’t for people with more profound hearing loss. While the SoundControl devices are FDA cleared as a Class II medical device, they aren’t fully FDA regulated like the devices you’d expect to get after a visit to an audiologist.

Devices like SoundControl represent a middle ground, which sit above personal sound amplification products (PSAP), which typically aren’t evaluated by the FDA in any way. While PSAPs are typically ineligible for any kind of insurance help, FDA-cleared gadgets like the Bose SoundControl are compatible with some benefits such as flexible spending accounts. Be sure to check with your provider, however, before making the purchase.

Bose currently offers a preliminary hearing screening tool on its website, which takes roughly five minutes to complete. It includes questions and some listening exercises. If you get the hearing portion of the assessment mostly correct, it will tell you that you don’t need the device. If you perform too poorly, it will indicate that the device won’t meet your needs.