Now is the perfect time to get an HD TV antenna

Get TV for free 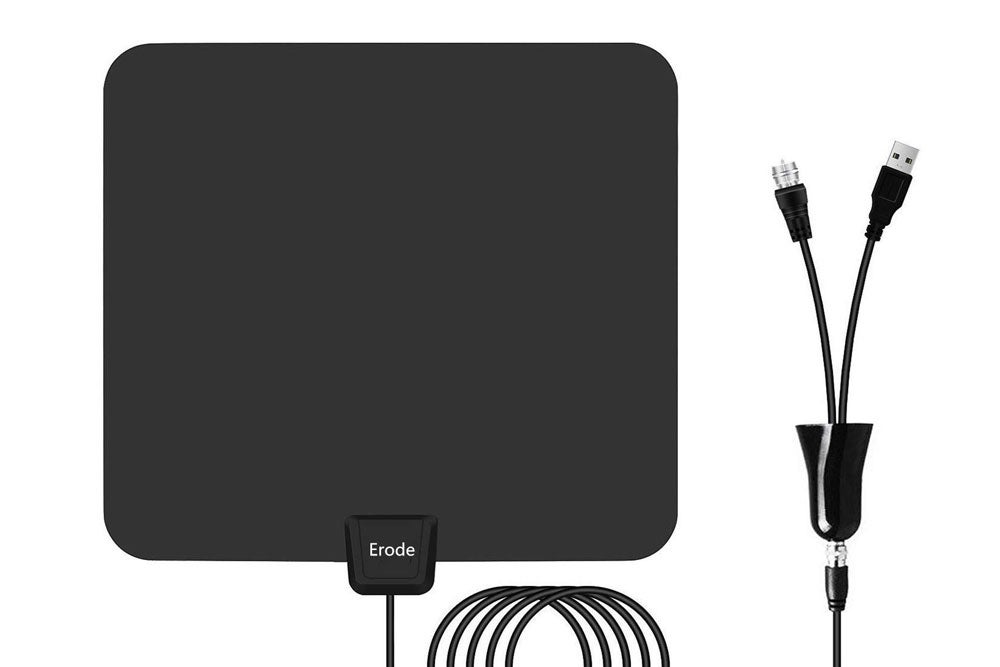 It’s the streaming era, but still surprisingly annoying to get local network TV channels without a cable subscription. Some streaming services support local stations, but they often require live TV subscriptions that cost extra. Even then, coverage is spotty and you may not get to watch the new Star Trek episodes without shelling out for another subscription. An HD antenna, however, is a useful and easy solution that’s far different from the “bunny ears” of the past.

Last week, roughly 1,000 channels switched the frequencies on which they operate in order to make space on the spectrum for more wireless services (like the one connected to your smartphone) to operate. The change prompted current users to update their TV’s settings, but this is also a good time to dive in if you’re a total antenna beginner.

The antenna hardware is as simple as you can imagine. You’d be hard pressed to spend more than $100 on one, even if you go into the higher-end options. Its job is to pull down broadcast signals from the air and pump them into your TV. Conveniently, modern digital antennas connect with the familiar coaxial connection typically used for cable TV.

The antennae can live inside or outside your home depending on what model you buy and what requirements you have in terms of performance. You typically set everything up using your television’s menus, which allow you to scan for channels that it automatically adds to your lineup.

What channels do you get with an antenna?

There are variables you have to figure out before you take the plunge, but ample resources online can help you figure it all out. TVAnswers.org (a website operated by the National Association of Broadcasters) is a great resource for finding out what channels are available in your area. The FCC also maintains an interactive map that allows users to input their address and see the available networks and the strength of each signal.

Your actual antenna performance will change depending on variables like distance from broadcast towers and any large obstructions that might get in the way of your antenna, like a building or a mountain.

Which antenna should you buy?

The easiest option is to pick an indoor antenna that you can stick inside your house. These can claim anywhere from 25 miles of range up to well over 100, but actual performance depends on variables like how high you can mount it—the higher, the better.

If you don’t mind mounting an antenna to the exterior of your home, you can get an even more robust antenna, some of which rotate and increase the range over 150 miles. Unless you live far from the nearest broadcast tower, these are likely overkill, but they’re still relatively affordable. Some of the most popular models on Amazon live in the $40 to $60 range. Then, of course, you have to figure the cost of more coaxial cable to reach your TV and the work involved with getting it mounted.

TV Fool is a very useful website for getting a specific look at what channels you can expect to get depending on your antenna choice. The stated ranges on the

What’s the deal with scanning?

TVs are smart enough to find channels automatically without you having to enter specific frequencies. It does this with a simple scan, which you’ll find in your television’s menus. Once the TV scans for channels, it assigns certain frequencies to specific channels, but those can change, like many of them did last week. So, when you go to channel 23 to find your local Fox affiliate, it may not work anymore if the station has switched. Scanning, however, will go and find it (assuming it’s still on the air) and reassign it back to channel 23. You may also find new channels popping up after a scan. Some guidance suggests rescanning every month, but a couple times per year is likely plenty.

Do you need a digital converter box?

Back in 2009, broadcast TV changed rather profoundly in the U.S. (and it wasn’t just the debut of Parks and Rec). The FCC mandated broadcasters to use digital signals instead of analog, which meant that old TVs needed a new digital converter box to interpret the signal. That’s not the case with modern TVs, however, so unless you’re trying to hook up an old, wood-paneled tube TV from your parents’ basement, you shouldn’t need a converter box to get up and running.