The latest version of the world's most popular smartphone operating system 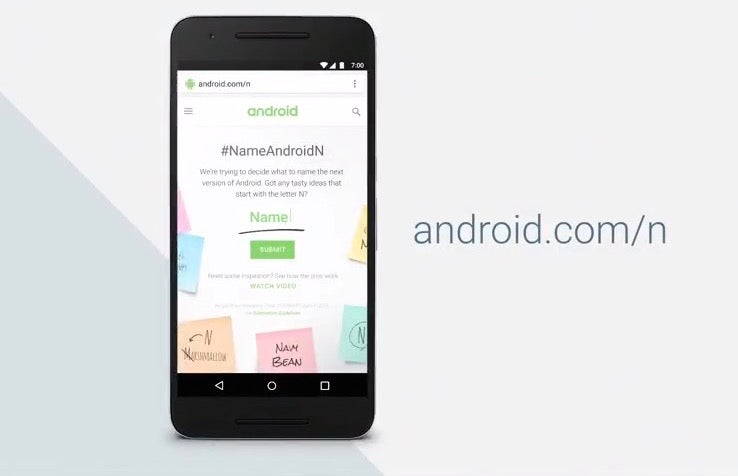 Google once again put the spotlight on its Android mobile operating system, the most popular smartphone OS in the world, at the Google I/O 2016 event in Mountain View, California.

But while many devices around the globe are running older versions of the open source Android, Google used the occasion to show off Android N, its latest build. The company is also asking users to submit suggestion for the full name of the software via “NameAndroidN” website, and on social media under that hashtag. And even though it doesn’t yet have an official public name, the features of Android N are ready.

For those using the beta of Android N, you now what to expect. For everyone else, Google walked through the new features on stage in Mountain View, California.

Android N users can expect a new focus on multitasking features for the phone. Those hoping to use two apps at once can now use picture-in-picture to put apps side-by-side. In addition users can now double tap the recent apps button to go right back to the app they were just in.

The search company spent time discussing Vulkan, its new 3D graphics API. Android games will be able to use the programming interface to allow for more console-like games to make it to Android phones (a move that echoes Apple’s introduction of its Metal graphics API two years ago).

Importantly, Google took the time to call out its proposal for 13 new emoji of women in different professions, an effort to attain more gender equality when it comes to communicating on our smartphoines.

Google also put an emphasis on security. The phone will now be encrypted on the file level and will update automatically to provide users the proper security standards. Google also commented on third-party apps entering the Play Store, reaffirming that each one gets security checked as well.

A beta of Android N will be released by Google soon for those to install on test devices and even main devices, says Google. The Android N beta can be found here.