Here's How To Join The Field Test 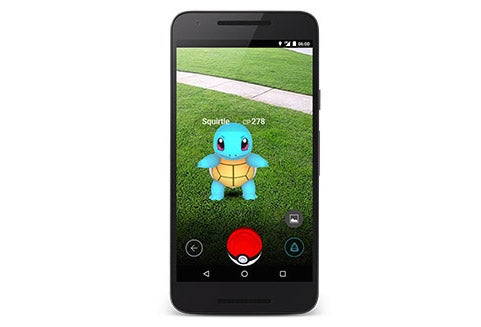 The beta for Pokémon Go will hit the United States later this month on iPhone and Android. Here's where you can sign up to be a part of it. Xavier Harding
SHARE

The Pokémon franchise has long been tied to Nintendo-branded consoles, but that’s all about to change with Pokémon Go. The mobile game for iPhone and Android smartphones will bring the adventure to a mobile device near you. Judging by the trailer, Go could offer an augmented reality adventure, allowing users to trade and battle against friends. Prior to an official release, the game’s developer Niantic have issued field test versions of the game to eager fans. We first saw Japanese players able to play the Pokémon Go early, now American players will get their turn later this month.

To sign up for the Pokémon Go beta field test, you’ll need to enter your Gmail or Google account email address on the game’s site here.

Pokémon Go will be the first app for mobile that allows you to catch and trade pocket monsters on the go without using a Nintendo handheld. Game Boys of the 90s and the more recent DS and 3DS handhelds have always seen major Pokémon releases, and the upcoming Pokémon Sun and Moon both show that Nintendo and the Pokémon Company aren’t bucking the trend. But Pokémon Go signifies a shift that we may see mobile app games that regularly go along with major releases.

We still know very little about the upcoming smartphone or possibly an augmented reality adventure. But once we enter the field test, we will be sure to bring more details. Stay tuned.