Google Flunks Out Of Medical School 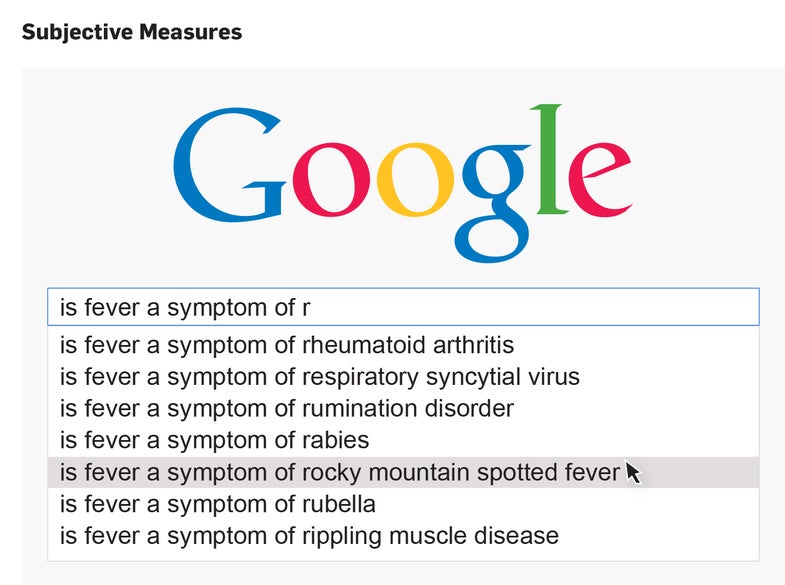 When faced with a strange ache or rash, many of us turn to the Internet for a diagnosis, rather than a doctor. That rarely goes well. (It’s Rocky Mountain spotted fever! No, shingles! Leprosy?) To ensure that at least some credible information rises to the top of the results page, Google recently added a medical component to Knowledge Graph, its new research tool. Search for one of the 400 or so medical topics included in the Graph, and a set of facts vetted by a team of doctors and experts will appear in a big box on the right side of the screen.

At first glance, the content–common symptoms, typical treatments–doesn’t seem much different from what you’d find combing through reputable sources on your own. That’s because the information was crowdsourced from hundreds of physicians across the country and fact-checked by a panel of doctors at the Mayo Clinic, says Prem Ramaswami, a product manager at Google. “Each fact is validated by 11 doctors–it’s a consensus opinion,” says Kapil Parakh, a cardiologist and public-health expert who’s working on the Graph. “You’re not getting anything cutting-edge.” Google’s innovation is that curated, accurate information is now the most prominent result users see.

What the Internet really needs is a trusted voice to flag misinformation.

And that’s pretty much where the usefulness of Knowledge Graph ends. If the folks at Google wanted to create a medical encyclopedia, they might have used far fewer resources and just promoted results from the National Institutes of Health, for example. Knowledge Graph doesn’t address the underlying problem: the way we actually research our health symptoms, which is usually late at night and scared, falling down a rabbit hole of journal studies, conflicting data, and naturopaths’ blogs. Not good.

What would be truly useful is a smart filter that counteracts hype, eases fears, and helps separate fact from fiction amongst the wide range of results. Ideally, when someone searches for “measles” and “vaccine” and “autism,” it should immediately become apparent that no credible studies link the three. It’s a tall order, but what the Internet really needs is a trusted voice to flag medical misinformation before it can spread.

This article was originally published in the June 2015 issue of Popular Science, under the title “Google Flunks Out of Medical School.”