SXSW 2015: Finally, An Ebola Suit That Isn’t Miserable To Wear

Easy on, easy off, and pretty cool for a rubbery prophylactic 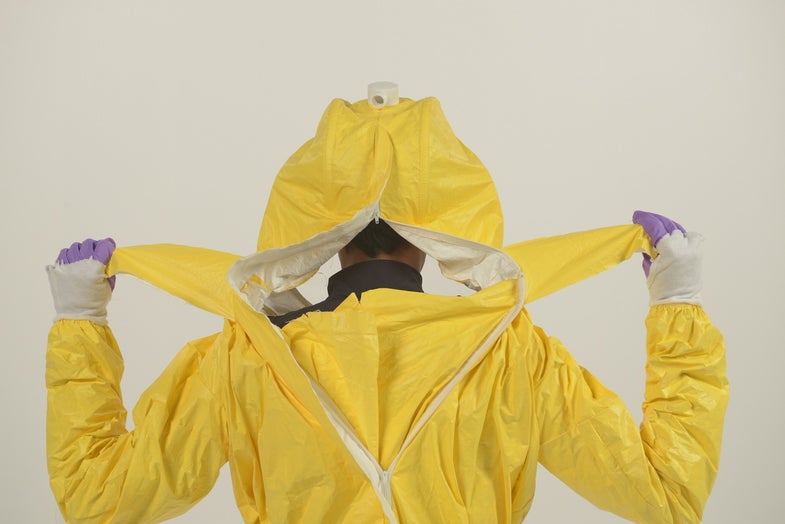 Current protective suits worn by Ebola healthcare workers take about 20 minutes to remove, which can lead to a risk of contamination in the process. And it isn’t so great when you’re inside one: They’re stifling-hot, which limits workers to be with patients only 45 minutes to an hour at a time, and even then have small goggles that easily fog. This makes it tough for the wearer to see the patient and vice versa. So USAID modeled the new suit as part of their Fighting Ebola: A Grand Challenge For Development program. 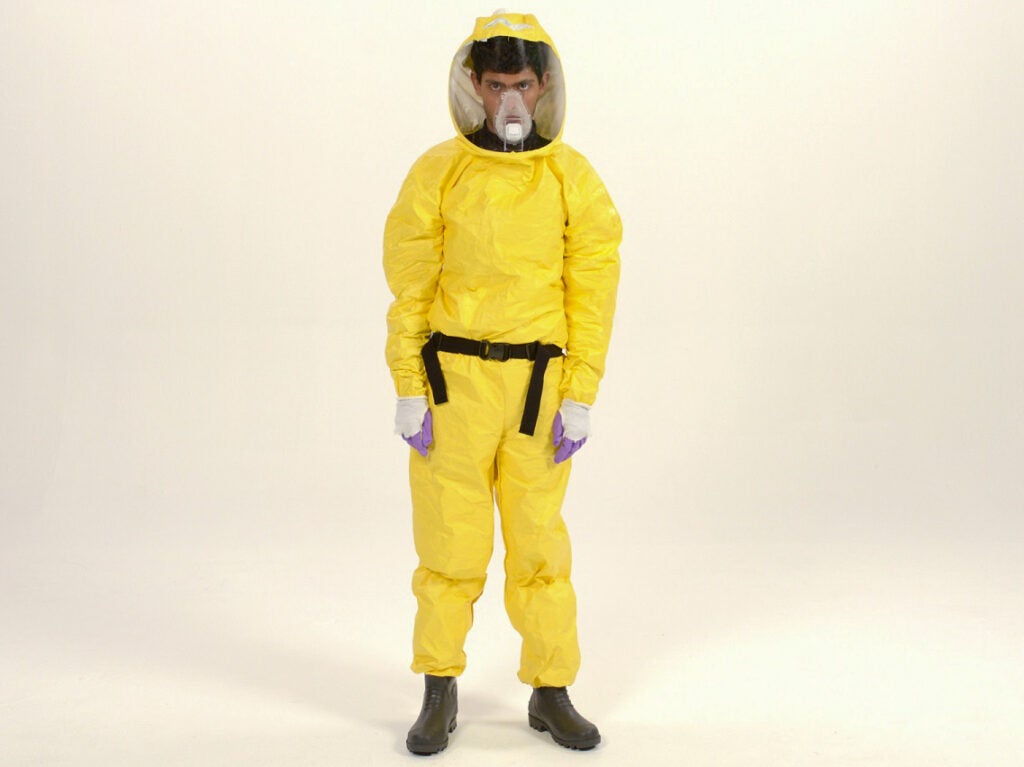 As a part of that program, USAID awarded a team at Johns Hopkins University for developing a protective suit that’s easier to wear and remove. The most noticeable change is the face mask, which covers the entire face–not just the eyes–so you can tell there’s a human under there. And to ensure that you can always see what’s ahead of you and not fog up, a chamber separates where you breathe and where you see. The suit takes cues from sportswear technology to keep its wearer cool with a wicking base layer. They’re also testing an additional cooling system so workers can stay with patients longer.

Unlike the current suit in use, the new design has wet suit-inspired pull tabs at the shoulders to help unzip the back. Tabs are also found at the arms and under the wearer’s feet. Upon standing up, he or she is released from the suit like a butterfly from a chrysalis. During the demo at SXSW, they had to be rather gentle, since the suit is the sole prototype–but the ease of removal kind of made me wish I could take all of my clothes off this way.

Watch a video of the process below.